The fatal shootings of two Sydney Muslim women on Saturday have authorities fearing the worst, with police believing it’s likely linked to (African Muslim) gangland violence in the city. 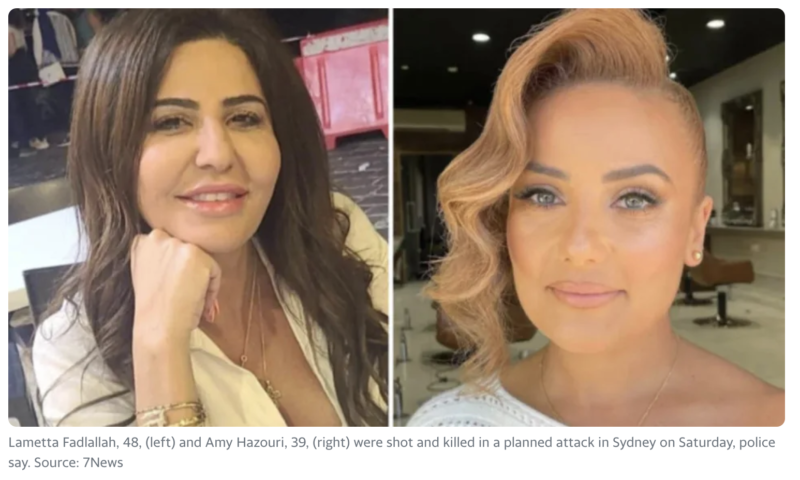 ABC And if it is, retaliation attacks will come “thick and fast” following the deaths of 48-year-old mother Lametta Fadlallah and Amy Al-Hazzouri, 38, who were gunned down outside a Panania home in Sydney’s southwest. Former NSW detective Peter Moroney told Channel Nine’s Today that “the manner, the calculation and the brutality” of the murders is worrying, noting the shooter had a “clear intent” to kill.

It’s believed Ms Fadlallah — who was known to police — was the intended target and Ms Al-Hazzouri was caught in the crossfire when the car they were sitting in was sprayed with up to 17 bullets.  A 16-year-old girl and a man aged 20 were also in the car, police said, however they miraculously escaped unscathed, but were incredibly shaken.

Detective Superintendent Danny Doherty, Homicide Squad Commander, who just one day earlier spoke about an “unwritten rule” in Sydney’s underworld.  “that you don’t touch family and you don’t touch women,” he told media on Sunday. “That’s been thrown out of the window, they don’t care anymore.” 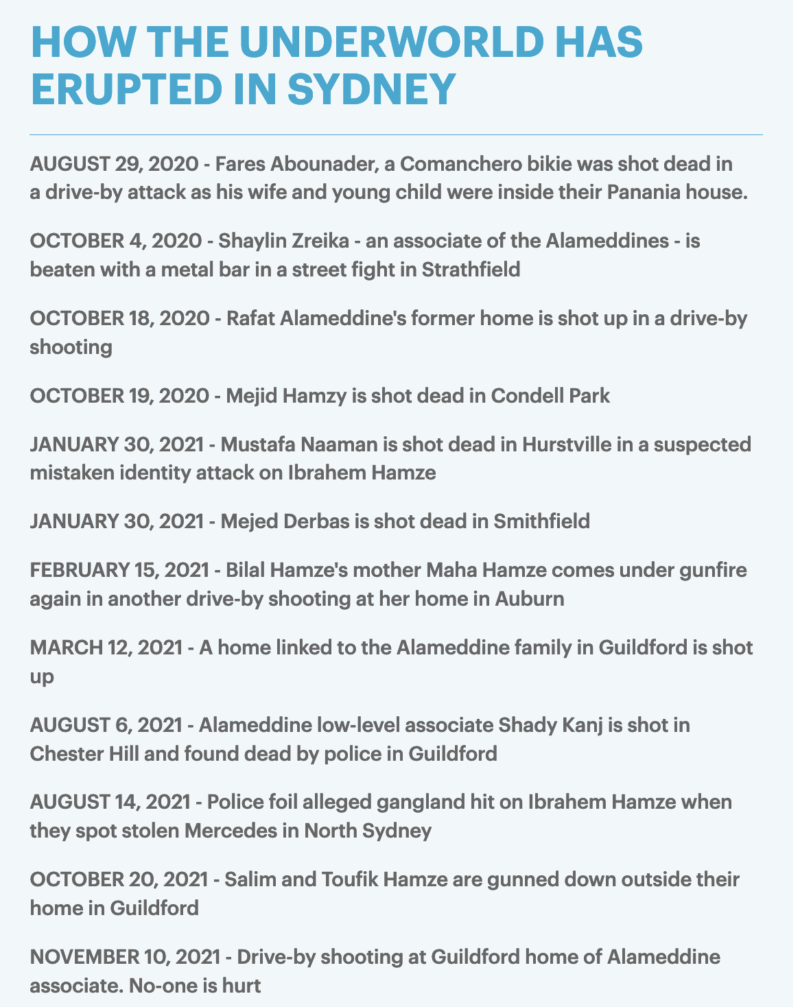 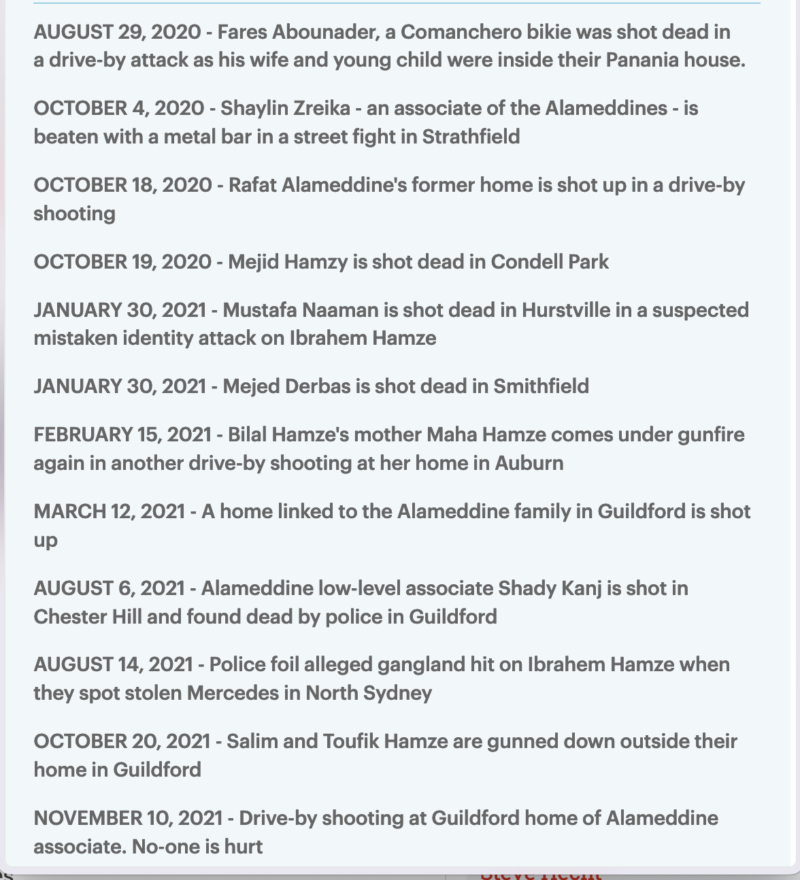 As police continue to investigate the murders of the two women, it was revealed that Ms Fadlallah was once married to the leader of a Middle eastern crime gang, Shadi Derbas. She later remarried another criminal heavyweight, Hilal Safi, and was known to mix with some of Sydney’s major criminals.

They call it “racist” gang violence but that is a misnomer. It is Muslim gang violence that has made Melbourne a dangerous place for everyone.

Two days after being freed, Muslim gang rapist Mohammed Skaf broke cover today, emerging from his parents’ Greenacre home for a meeting with his parole officer. It was a chance to apologize for crimes one judge called ‘worse than murder,’ but Skaf wasn’t having any part of it.