Muslim freeloader-wannabes from Afghanistan have reportedly refused to move to Scotland or Wales from their taxpayer-funded hotel luxury accommodations for fear that the countries are too cold. The freeloader-wannabes are housed in hotels at a cost to taxpayers of £1 million a day.

After being rescued from Kabul by the British as the city fell to the fanatics of the Taliban, one would rightly have assumed that those whose lives we saved would be singing the praises of their rescuers and be grateful for anything that they were given in Britain. But no, free board and lodgings, laundry, English lessons, mobile phones and spending money are not enough it would seem.

Breitbart (h/t Thereza B) On Friday, the government revealed that around 21,000 Afghans have been relocated to the United Kingdom after Joe Biden’s disastrous and hasty withdrawal from the country, ceding control of the South Asian nation to the Islamist Taliban.

According to a report from The Telegraph, around 9,500 Afghans and their families are still being housed in hotels in England a year after they were evacuated from Kabul. The scheme to house the refugees in hotels is costing the taxpayer around £1 million per day. This is in addition to the £3 million spent per day housing other migrants in hotels, including those who cross the English Channel illegally.

The British broadsheet reported that, despite many Afghans being unhappy with remaining in hotels for such a long time, there is a reluctance to move to Scotland or Wales because they believe the British Home Nations are too cold. There is also an erroneous belief that they do not speak English. 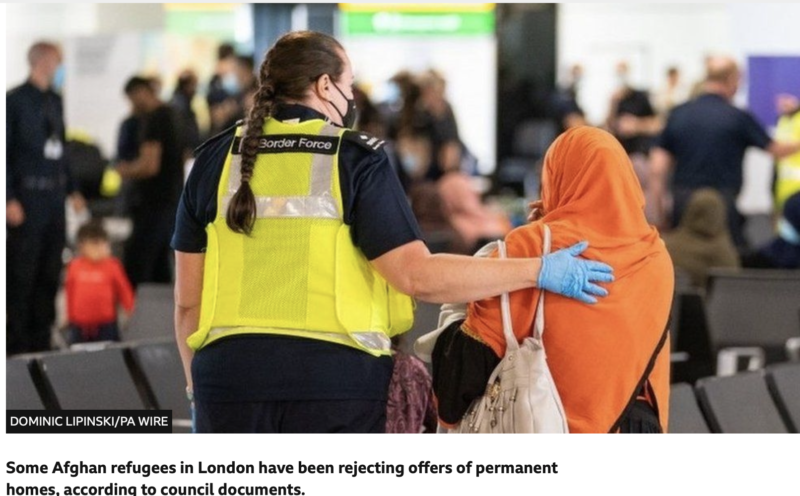 The Home Office said that there is a “challenge” overall in finding local housing to accommodate the vast numbers of asylum seekers “not just for Afghans and those in need of protection but also British citizens who are also on a waiting list for homes.” “While hotels do not provide a long-term solution, they do offer safe, secure and clean accommodation,” the Home Office added.

Aside from the enormous cost to the British taxpayer, the migrant hotel scheme has proved deadly dangerous on occasion. For example, in 2020, a migrant from Sudan went on a stabbing spree in the Glasgow hotel in which he was being housed. In the attack, Badreddin Abadlla Adam stabbed six people, including a police officer, David Whyte, who was critically injured.

The migrant had reportedly complained about the quality of his free accommodation, and it was said that migrants at the hotel were unhappy that their free hot meals were often comprised of spaghetti or macaroni and cheese and were not “culturally appropriate” for them. 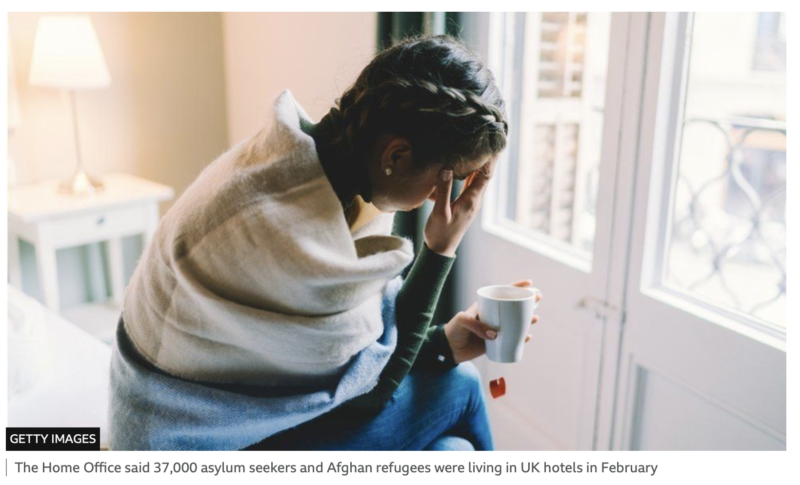 There have also been security concerns raised about the vast numbers of Afghans evacuated in the wake of the unilateral American withdrawal from the country, with the UK Border Force admitting last year that many Afghans were arriving in the country with forged identity documents.

Following reports of people on no-fly terror lists being evacuated into Britain — apparently in error — Breitbart London questioned the Home Office as to how many Afghans who were brought to Britain turned out to be either on watch lists or persons previously deported from Britain, but the Priti Patel-led government department replied that it was “not in the public interest” to reveal such statistics.