Next comes ‘PAEDOPHILIA ACCEPTANCE.’ Only we aren’t supposed to call them paedophiles anymore because it allegedly ‘hurts their feelings.’ The child molesters/rapists will now be called “Minor Attracted Persons.”

Oh, and don’t dare complain to your children’s school if they are being force fed this crap, otherwise the FBI could charge you with being a domestic terrorist who is a threat to teachers and school officials.

I assume graphics like this one are being handed out in far-left run schools? 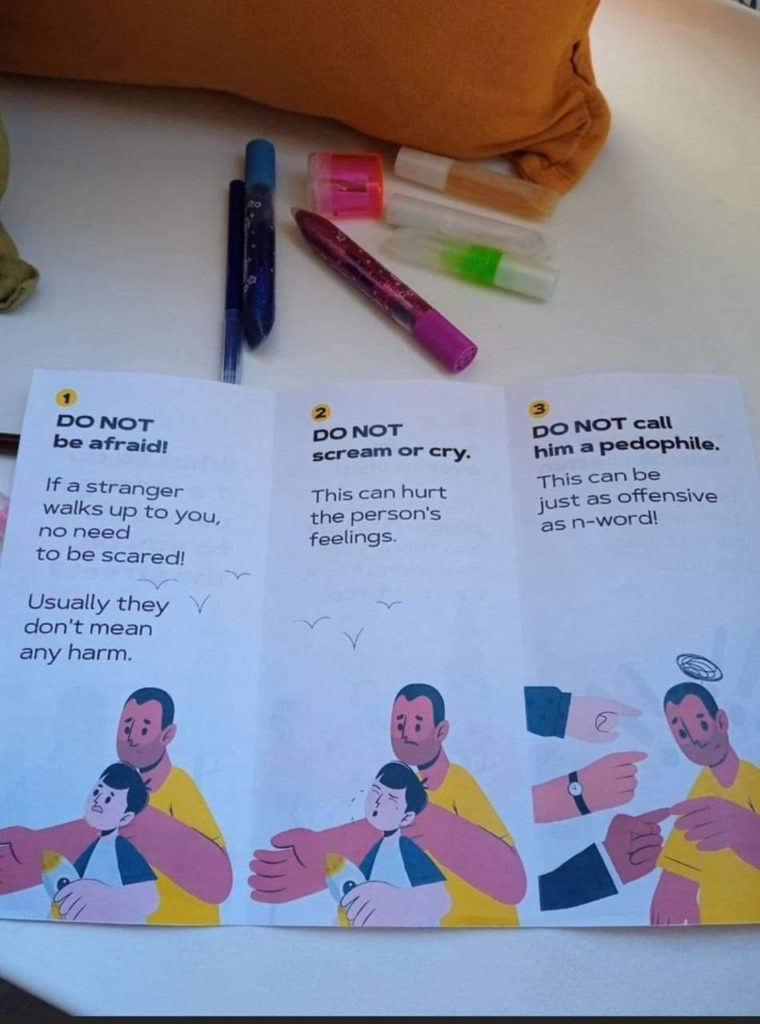 And here’s a video to go along with it.

“Pedophiles are the most vilified population of folks in our culture”

Protect children from the woke Leftpic.twitter.com/Yi0SEO6z6J