Mahyar Tousi could very well be be the only Muslim in Britain reporting that the recent violent ‘Muslim – Hindu’ riots in Leicester were not the result of a cricket match won by India against Pakistan, but the rampant “Hinduphobia” of Pakistani Muslims living there. 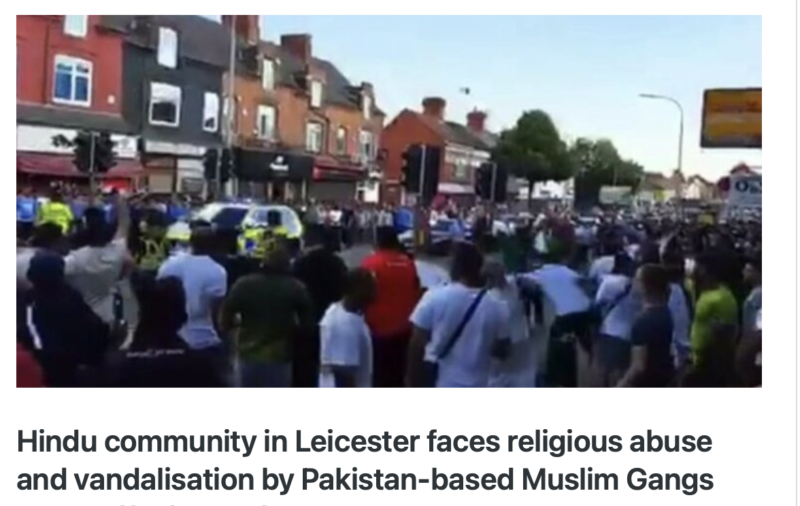 Beginning on August 28th, after the Indian cricket team emerged victorious over Pakistan in the “Asia Cup” World  Tournament, a series of attacks were carried out by Pakistan-based Muslim Gangs against the Hindu Community in Leicester.  The attacks include a “high degree” of vandalization of Hindu properties and terrorizing of the Hindus. British Muslim Groups such as “Muslim Engagement and Development (MEND) are trying to paint and label UK-based Hindus as “Hindutva Extremists.”