Prime Minister Liz Truss has confirmed to Israel’s Prime Minister, Yair Lapid, that she is considering moving Britain’s embassy to Jerusalem. The news has been confirmed by Downing Street which said that the PM reaffirmed to Lapid her leadership campaign pledge “about her review of the current location of the British embassy in Israel.” 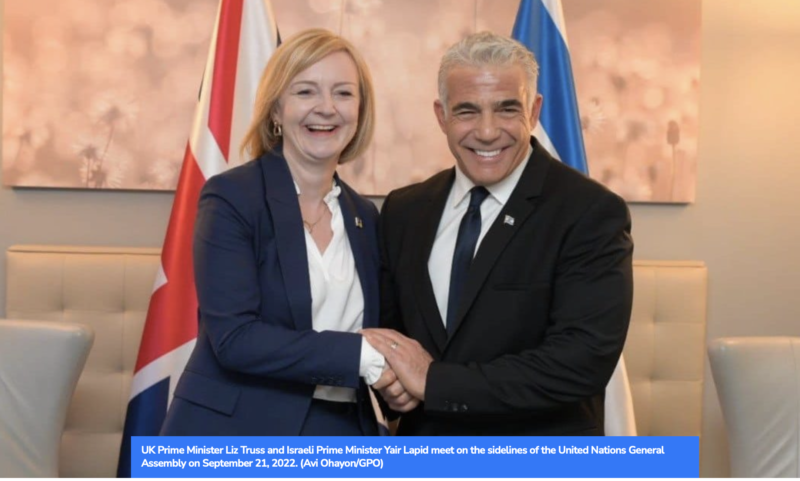 CUFI (Christians United for Israel) The two prime ministers met on Wednesday in New York during the visit to the UN General Assembly. Lapid also tweeted praise to Truss for considering the move adding “We will continue to strengthen the partnership between the countries.”

Earlier this month CUFI launched the ‘UK pledge for Jerusalem’ in light of Liz Truss’ campaign promise to review the embassies location and follows several years of campaigning for a move. 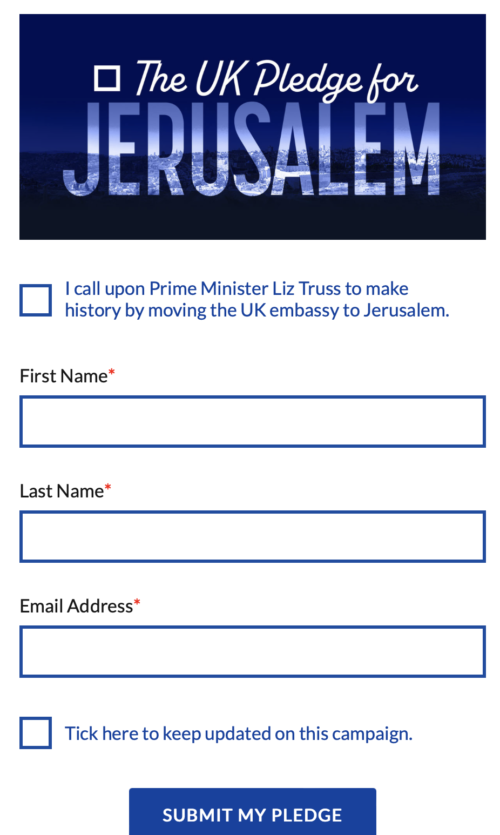 Announcing the new UK Pledge for Jerusalem, which CUFI is asking supporters to sign, CUFI UK Executive Director, Des Starritt, said, “Next year marks 75 years since the re-establishment of the State of Israel. What better way to mark this important milestone, than the United Kingdom reversing decades of misguided foreign policy by moving the UK embassy to Jerusalem.”

“We were heartened when Liz Truss pledged to review this important matter,” he continued. “It is the furthest any leading politician has gone regarding the status of the British embassy and could signal a possible shift in the UK’s foreign policy towards Israel. We really hope that she will ignore the scaremongers and have the courage to keep her commitment.” 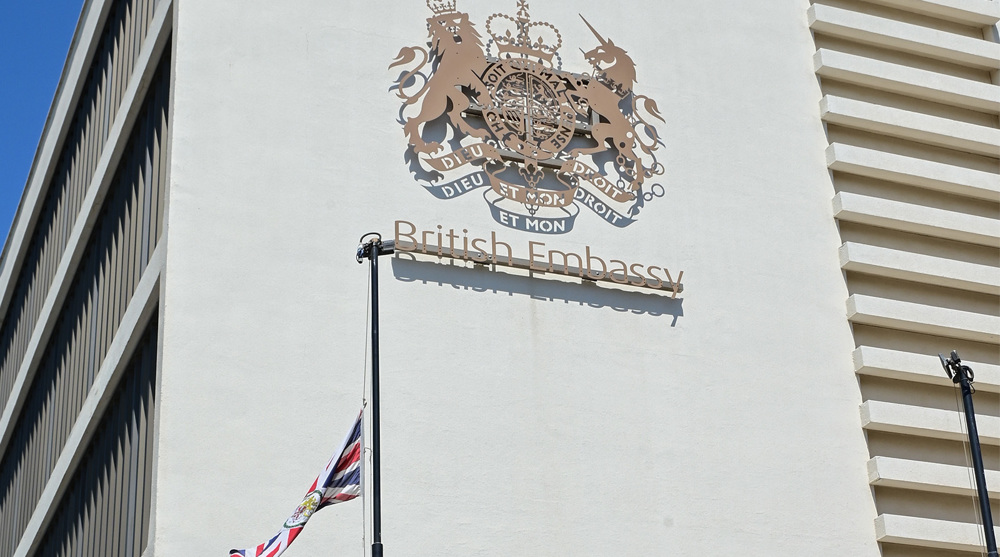 Speculation surrounding a possible move followed her letter to Conservative Friends of Israel members in August. While stopping short of committing to the move, Truss gave a strong indication that it is on the table, saying she understood the “importance and sensitivity” over where it was located and had discussed the issue several times with her “good friend” Yair Lapid, now the Israeli Prime Minister.

“The reasons for not moving the embassy historically have been based on weak foreign policy, discrimination and hypocrisy,” Starritt explains, “with Britain locating embassies in other countries’ capitals, except Israel’s, whilst having a consulate in Jerusalem only for Palestinians and not Israelis. Whilst we understand the hurdles to overcome, we’ve attempted to persuade previous governments to take confidence that a move is viable and that it is right and just.” 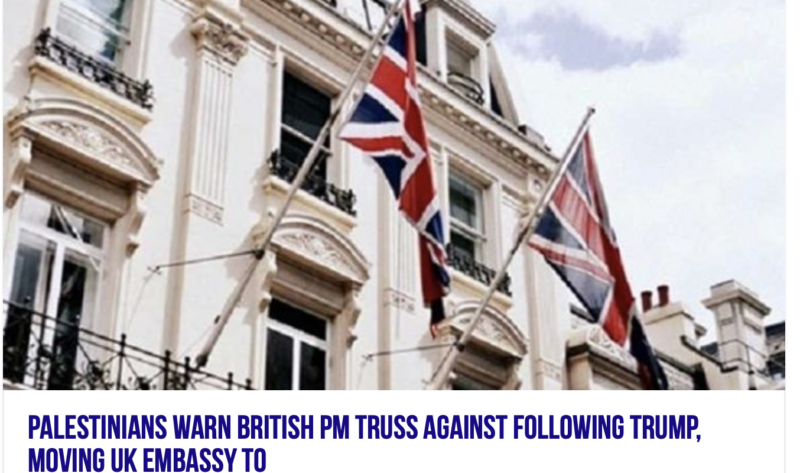 PNN Palestinians have expressed outrage over reports that British Prime Minister Liz Truss is considering relocating the UK embassy in Tel Aviv to the occupied holy city of Jerusalem in a controversial decision that would follow in former US president Donald Trump’s footsteps.

Some Palestinians described the move as “a new Balfour Declaration” and said it proves Britain’s bias in favor of the Israeli regime. An unnamed Palestinian Authority official warned that such “dangerous” moves would have a negative impact on the decades-long Israeli-Palestinian conflict. (They warned Donald Trump against moving the embassy, too, but he ignored them)