Passengers were terrified when a Saudi Muslim man suddenly leaped out of his seat and began screaming that this is a “terrorist attack” and that he was going to take down the plane. However, his plot was quickly interrupted when he realized that he was sitting just a few rows away from his worst nightmare — a retired British counter-terrorism officer. 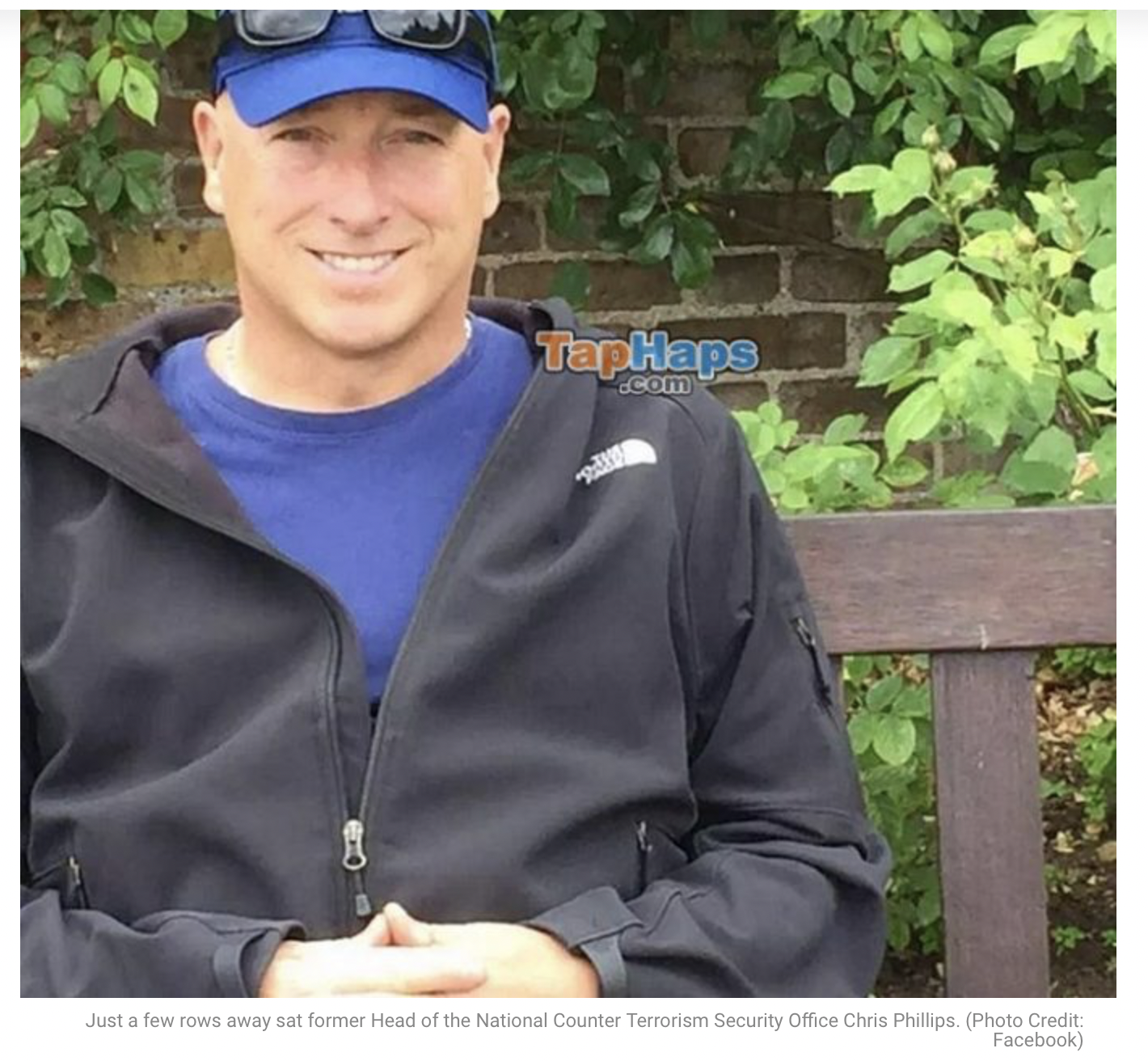 The Sun (h/t Nita) reports that 51-year-old Saudi Arabian-born Hafhel Mohammed Al Humayed left his seat on Flight 007 and attempted to force his way to the front of the plane. The passenger became instantly belligerent, cursing and shouting that he was going to carry out a terror attack on the plane and that Muslims were going to take over Britain was suddenly wrestled to the floor by the UK’s former counter-terrorism chief, Chris Phillips.

Hero Chris Phillips, a retired cop of 30 years service, leapt into action at 30,000ft when screams broke out on a packed flight from India. The terrifying ordeal came on the aptly registered Flight 007 to Heathrow with modest Chris branded “a real life James Bond”.

The 55-year-old ex Head of the National Counter Terrorism Security Office told The Sun: “I did what I had to do.” Chris, who had been holidaying with his girlfriend in India, was fast asleep in the economy section of the Gulf Air service following a brief stop in Bahrain. He was awoken by screams in the cabin and saw a full-scale brawl involving a passenger who had a member of the crew in a headlock. 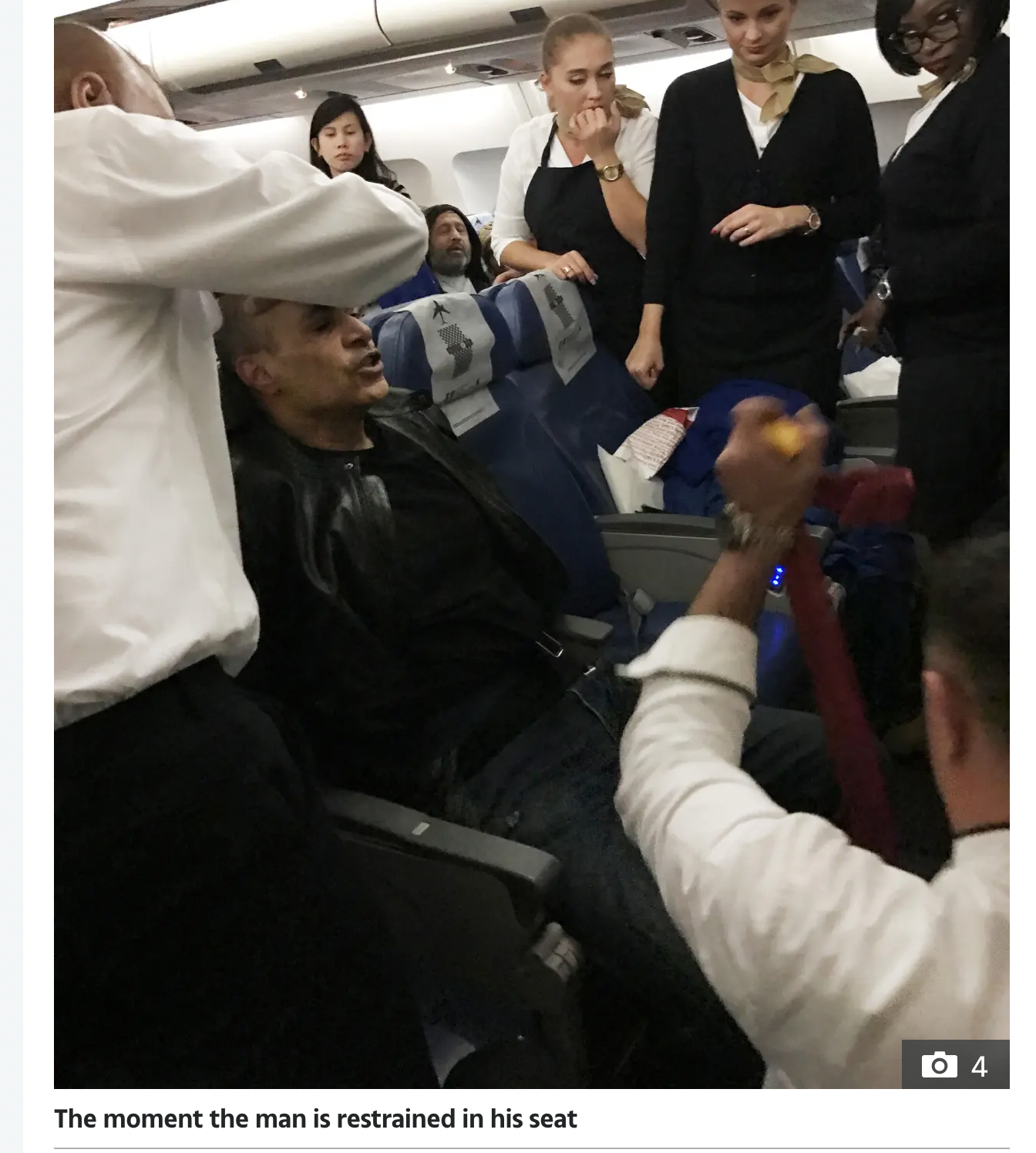 Four other flyers and two other stewards were embroiled in the melee. Chris said: “It was chaos. The Muslim passenger was trying to walk to the First Class section of the plane. “He was shouting obscenities and it was a frightening scene. “He was fighting with a male member of cabin crew. They were rolling on the floor then slamming against the aircraft door.

“It was terrifying to watch them roll into the aircraft exit at 30,000ft. Women and children were screaming. It was very upsetting.” Quick-thinking Chris stood back and began filming the scenes for evidential purposes after another passenger nearer the maniac got involved. The ballsy passenger was a US soldier who sparked more vitriol from the flyer.

Two more stewards helped the American get the troublemaker into a seat. But pandemonium broke out again when suddenly the passenger broke free and marched towards the front of the plane. At this stage, with gasps and cries filling the cabin, Chris put his mobile phone down and jumped into action. 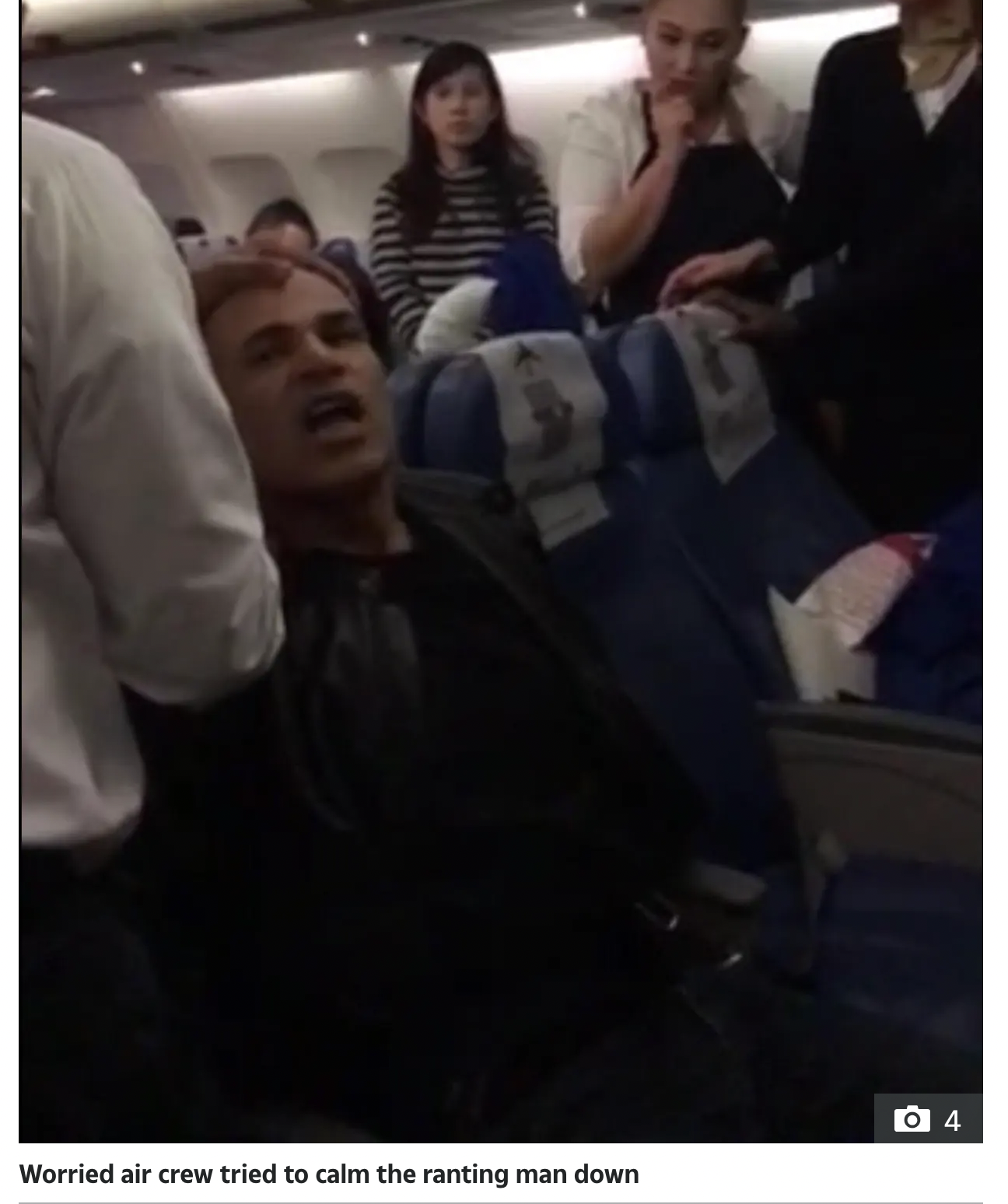 Using the police training he honed over a glittering career, he grabbed the Saudi Arabian-born passenger and secured him in an arm lock. With desperate crew members looking on, Chris then put the passenger in handcuffs and forced him to take a seat.

The ex-police chief then selflessly spent the remaining six hours of the flight with the agitated flyer.

Chris, who served for six years as head of NaCTSO until 2011, said: “It was a bit scary. The Muslim was bragging how the UK would be a Muslim country soon. “He said the British don’t breed enough. He boasted how Muslims have 15 children each. “It was a long six hours. I eventually got him calm and he nodded off.

Then two hours in he was awake and ranting again. “Passengers nearby were terrified with good reason.”

The captain of the Gulf Air flight was going to divert the plane and return to Bahrain until Chris stepped in – saving the airline tens of thousands of pounds.

The cockpit crew radioed ahead to police at Heathrow and a team of armed officers stormed the plane on touchdown in the UK at 8am on Tuesday. The 51-year-old passenger was arrested and taken away for questioning.

Chris, of South-West London and a former Inspector at Wimbledon Police Station for six years, was one of 15 passengers asked to give police statements in relation to the ordeal. The hero told The Sun: “It was dramatic. I could hear the man on the floor shouting at the top of his voice. “I had to take him to the toilet twice. Eventually at Heathrow the police came on en-mass. 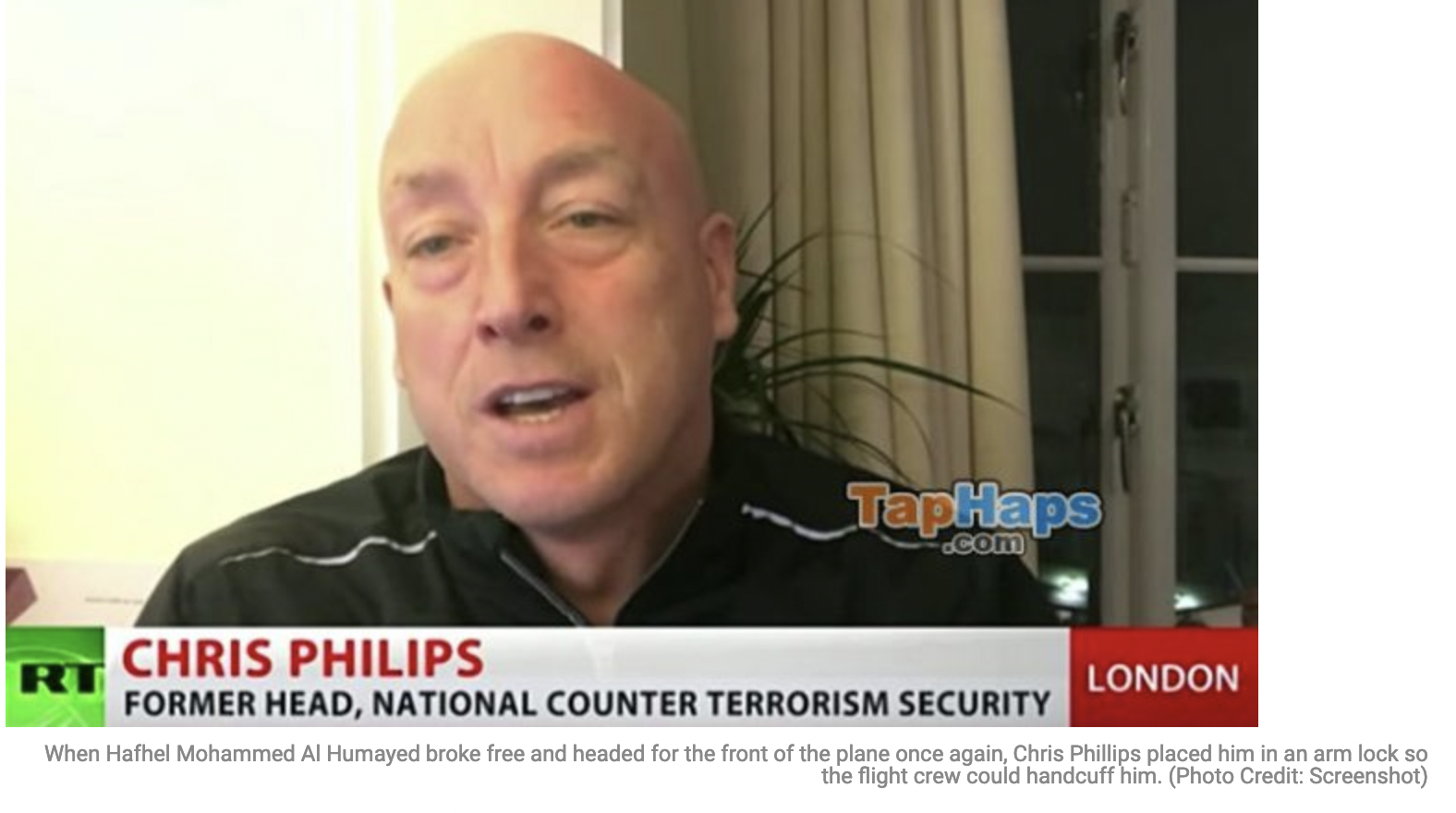 “There were loads of kids on the plane. People were perturbed. There was a proper fight for 10 minutes at 30,000ft next to the aircraft door. About 30 passengers thanked me personally when we got off. “It was Flight GF 007, we were laughing about this.”

One witness said: “Chris was nothing short of a hero. We thought the plane might come down. It was absolutely terrifying. Chris was our very own James Bond on Flight 007.”

Chris now runs consultancy firm International Protect and Prepare Security Office, advising blue-chip firms such as Marks and Spencer, 3M and Sodexo and trains the police and military in counter-terrorism. During his career he was event commander for major sporting events at Twickenham Stadium and the Wimbledon tennis championships and counter terrorist security for visits to the UK from foreign governments and dignitaries..

Scotland Yard confirmed a man on board an aircraft at Heathrow was arrested and charged.