Giorgia Meloni is on track to lead Italy’s most right-wing government since World War II after early results signaled a clear victory for her coalition in Sunday’s election.

“Yes to the natural family. No to LGBT lobbies. Yes to sexual identity. No to gender ideology. Yes to the culture of life. No to the abyss of death.” –Giorgia Meloni 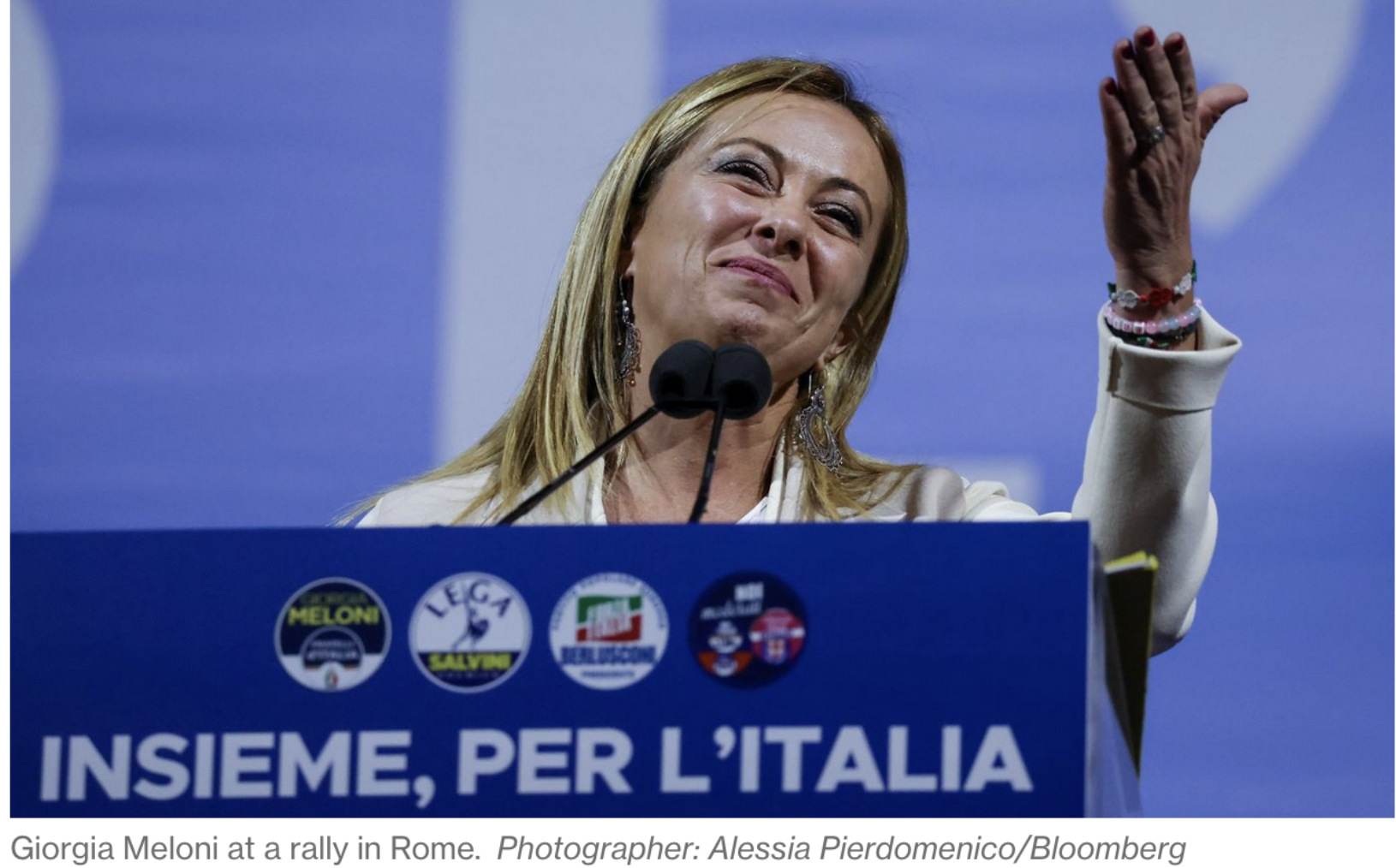 Bloomberg Meloni’s alliance, which includes Matteo Salvini’s League and Silvio Berlusconi’s Forza Italia, will win about 43% of the vote for the crucial upper house, according to projections from RAI, the public broadcaster. That would give the bloc at least 114 seats in the Senate, where 104 votes are required for a majority, putting her in line to become the country’s first female prime minister.

Meloni cut her teeth in politics as a far-right activist in the 1990s and her campaigning is still marked by fiery attacks on the European Union, immigrants and LGBTQ groups. But she has also tried to reassure voters and investors that she will keep Italy’s mammoth debt under control and won’t question the country’s foreign alliances or support for Ukraine.

Al Jazeera’s @vpietromarchi explains why Meloni, who could also become the country’s first female PM is so popular ⤵️ pic.twitter.com/BYgHWX3pWg