According to Samir Sweida-Metwally, Muslims’ lower rate of employment in the UK is the result of anti-Muslim discrimination, ‘racism’ (even though Islam is not a race), belief that Muslims have a lower IQ (due to rampant inbreeding) and an undesirable strict adherence to Islamic ideology. He claims that ALL Muslims face a penalty “regardless of ethnicity.” (And rightly so) 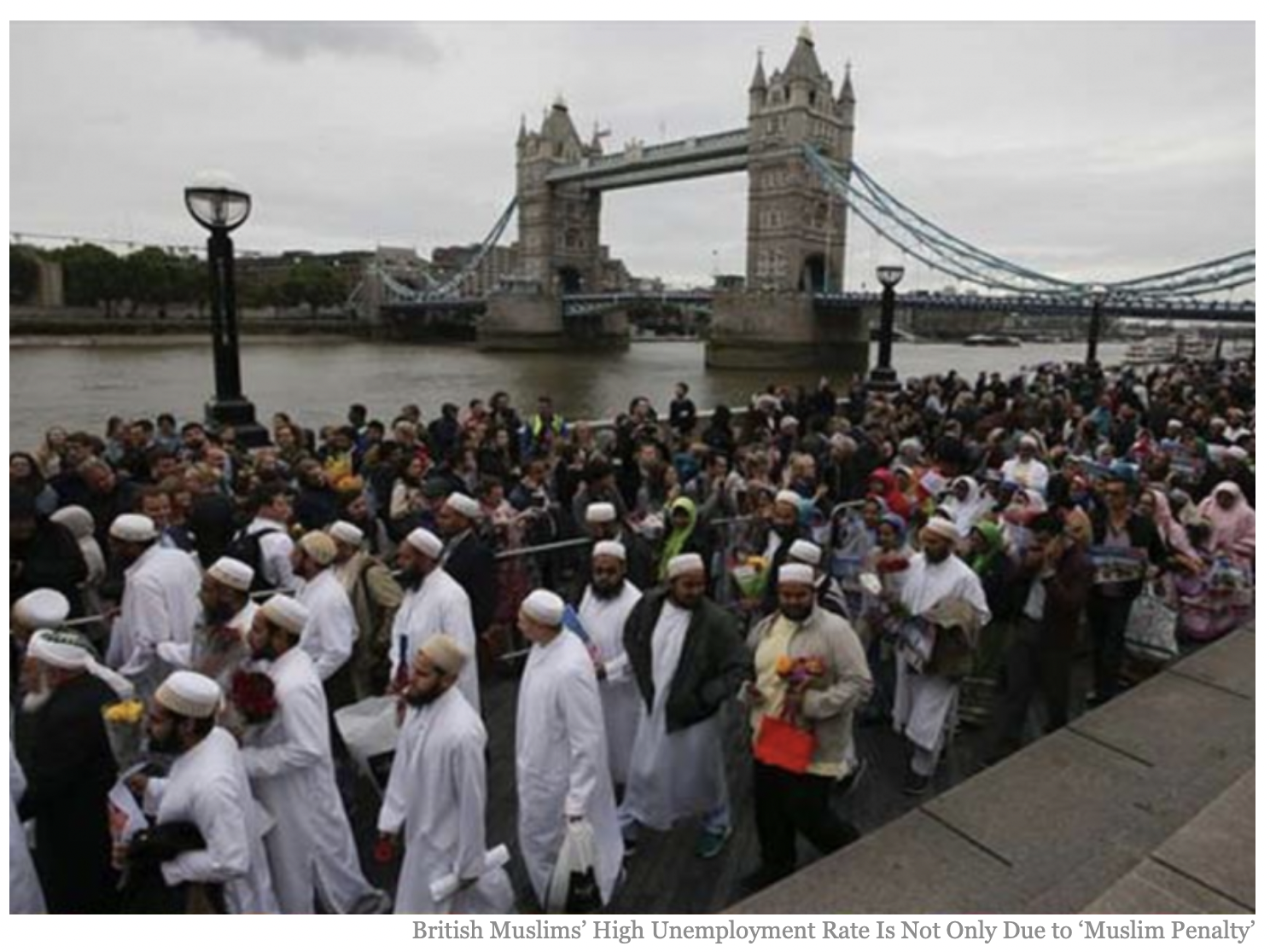 EU Muslims Samir Sweida-Metwall’s study found that country of origin or “perceived Muslimness” is another important factor that increases the probability of unemployment among British Muslims.

The study was published in the peer-reviewed Ethnic and Racial Studies journal, confirming previous findings of a “Muslim penalty” in the British labor market. It also showed that being white is “not a protection from the Muslim penalty” and that non-Muslims perceived to be Muslim also suffered from the discrimination.

Samir Sweida-Metwally, a doctoral researcher at the University of Bristol who carried out the research supported by the Economic and Social Research Council, told the Guardian: “The findings offer evidence against the view that Muslims’ poor employment outcomes in Britain are due to their so-called ‘sociocultural attitudes.'”

The study also found that “perceived Muslimness” – people perceived to be Muslim even though they are not – was found to have one of the highest chances of unemployment, where Arab men of no religion were among those with the highest likelihood of unemployment/inactivity.

Sweida-Metwally concluded that Islamophobia is multidimensional and relates to color, religion, culture and country of origin, where discrimination can occur against any of these dimensions. He concluded that there is both a “Muslim” and “black penalty” at play in the British job market and that this study confirms previous studies.

“The British social mobility promise is that hard work will be rewarded. But for many young Muslims in Britain today this promise is being broken,” he said at the time and called for action by the government, communities, educators and employers; however, the evidence shows no such action was taken and the ‘Islamophobia’ in the job market is left to fester.