Female Muslim students at Syracuse University complain that they can’t swim (or learn to swim) because the school won’t grant them exclusive hours when only they can be in the pool. Or, more specifically, when no men are allowed to be present. 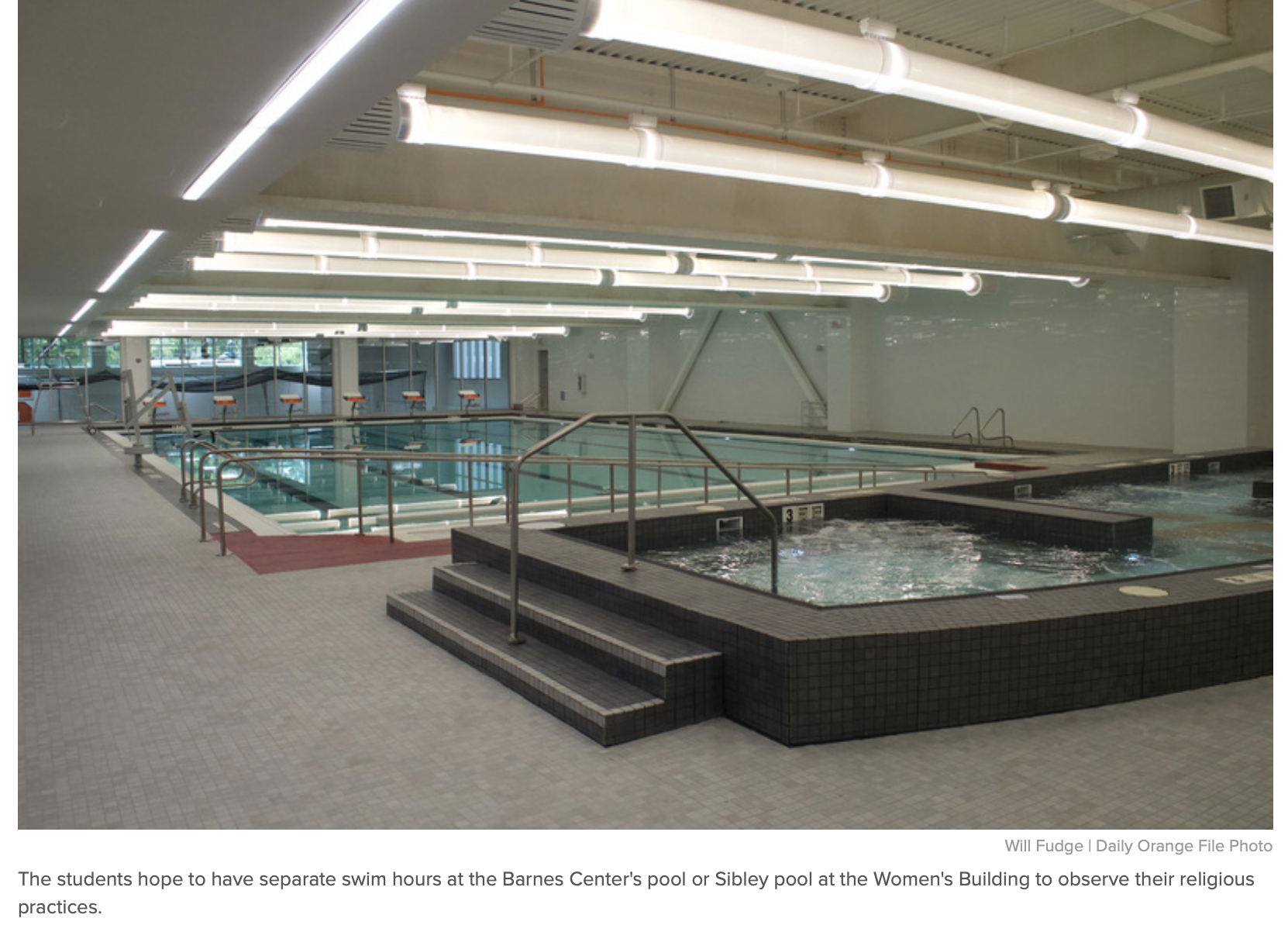 The College Fix (h/t Marvin W) “Covering, or maintaining modest dress for religious reasons, is at best uncomfortable and at worst impossible for Muslim women who choose to cover their bodies when they’re using Barnes Center facilities, such as the pool,” The Daily Orange reports.

Syracuse grad student Sajiah Naqib told the student paper that when she lived in Malaysia (where almost two-thirds of the population is Muslim) there were separate pools for men and women. (Then go back to Malaysia)  “Usually I’d have to fix my scarf while I’m in the pool, but if you’re in an environment where it’s just girls, you don’t really care and you can swim,” Naqib said. “You’re more comfortable.”

Naqib, also a member of the Syracuse Muslim Student Association (MSA), said she feels “uncomfortable” wearing a hijab at Syracuse exercise facilities because she gets “weird stares” from other gym-goers. Fellow MSA member Zuhal Amarkhil said Syracuse — which is a private university — should “should allocate a specific time for Muslim women to use the facility.”

Even if this request was granted, however, there’s still a problem: the facility’s windows. Student Hawa Omar said the university should add curtains to cover up the windows to “prevent men from seeing women swimming.” She added “As Muslims we have to cover, and when we’re in a swimming pool, obviously we’re not covering, so there can’t be any men.” 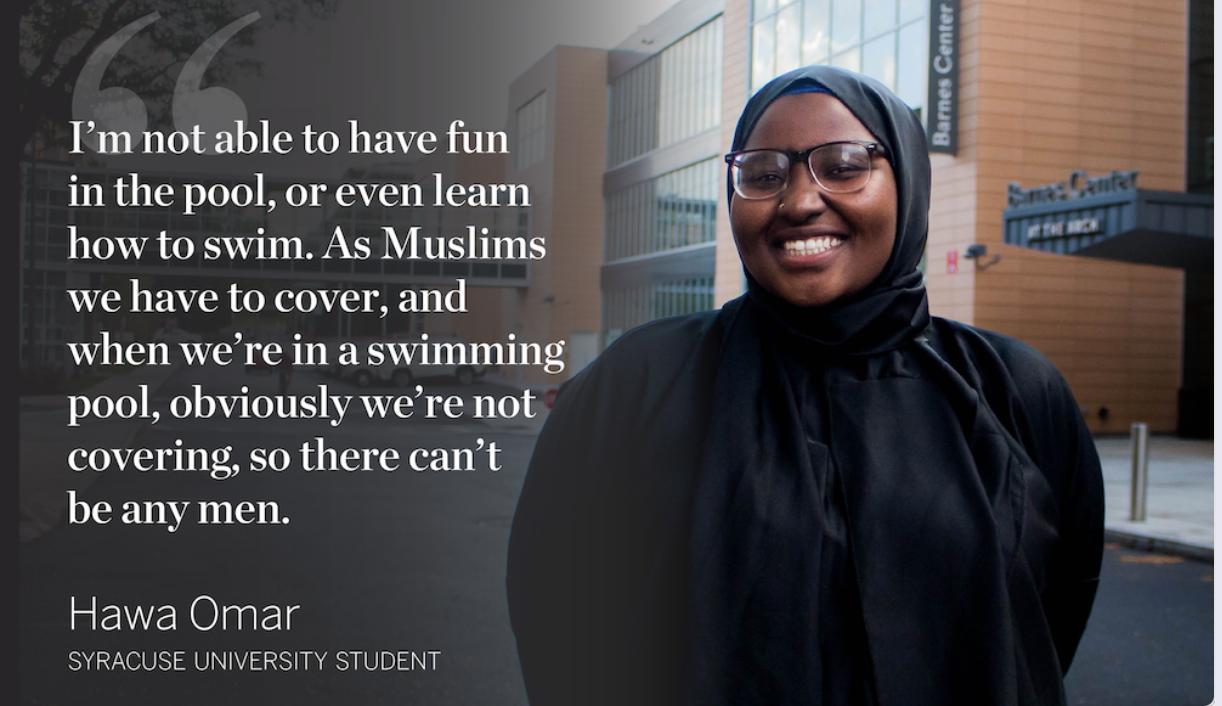 MSA Administrator Mariam Abdelghany believes the problem with accessibility at SU is bigger than just pool access. “We are very underrepresented,” she said. “Even with faculty, I think a lot don’t know the Muslim accommodations they SHOULD have for students.”

Omar said if SU kept an open dialouge with its Muslim students, they wouldn’t have as many issues with pool access. She suggested administering a survey to ask Muslim students what they feel SU is doing right and where they should improve.

Covering, or maintaining modest dress for religious reasons, is at best uncomfortable and at worst impossible for Muslim women who choose to cover their bodies when they’re using Barnes Center facilities, such as the pool. Muslim students told The Daily Orange that SU lacks proper accommodations for them, especially in gyms and pools. (I bet they can’t name one university anywhere in the Muslim world that would even consider making special religious accommodations for any non-Muslim student)

According to (far left) ‘Media Matters,’ “Fox News is inciting ‘Islamophobic’ fears in its reporting on a weekly swim class at a YMCA facility that ensures the privacy of Muslim girls learning to swim, framing it as evidence that “Sharia law is now changing everything.”

Media Matters  In October, a St. Paul YMCA in partnership with the local police department decided to offer swim practice to give  Somali Muslim girls ONLY, between the ages of 5 and 17, an opportunity to learn basic swimming skills, caving to Muslim demands for considerations of Muslim girls’ modesty and religious beliefs.

TORONTO: Sharia-compliant public pool barred a father from watching his daughter’s swim class because Muslim women were in the pool