Britain’s new Prime Minister, Liz Truss, talks the ‘conservative’ talk about illegal immigration, but according to Paul Joseph Watson, it’s just that – “talk.” Until someone like Nigel Farage launches a new party solely predicated on forcing the Tories to crack down on illegal Muslim immigration levels, nothing will change. 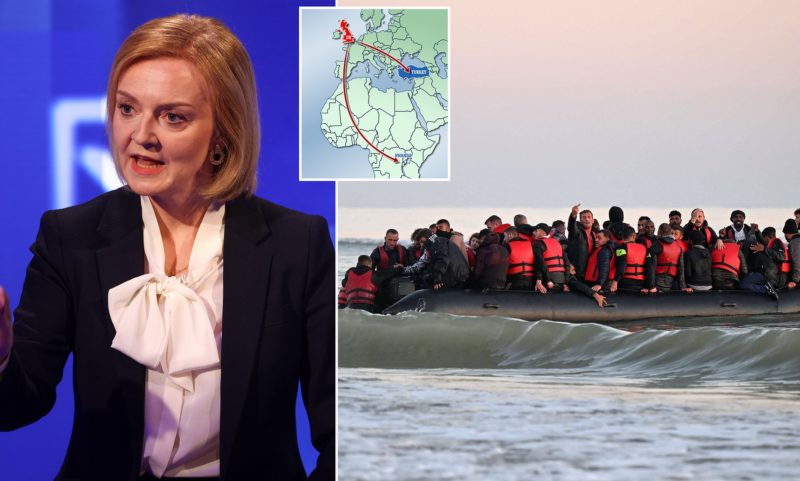 CNN Liz Truss is a political chameleon who has gone from a radical who called for the abolition of the monarchy to a flag-bearer of the Euroskeptic right wing of the Conservative Party. Many who have observed her over the years question whether she has any sincere beliefs at all, or if she simply endorses whatever is the most convenient at the time.

To say that Truss, 47, has been on a political journey would be an understatement. She was born in 1975 into a family that she herself has described as “to the left of Labour,” Britain’s main left-wing party. She grew up in parts of the UK that didn’t traditionally vote Conservative, moving between Scotland and the north of England.

At Oxford University, she was an active member of the Liberal Democrats, a centrist opposition party that has long been an effective opponent to the Conservatives in large parts of England. During her time as a Liberal Democrat, Truss supported the legalization of cannabis and the abolition of the royal family – positions that are at total odds with what most would consider to be mainstream Conservatism in 2022.

Truss says she joined the Conservatives in 1996, just two years after she gave a speech at a Liberal Democrat conference calling for the end of the monarchy.

Are Tories already planning a NO CONFIDENCE vote against Truss?