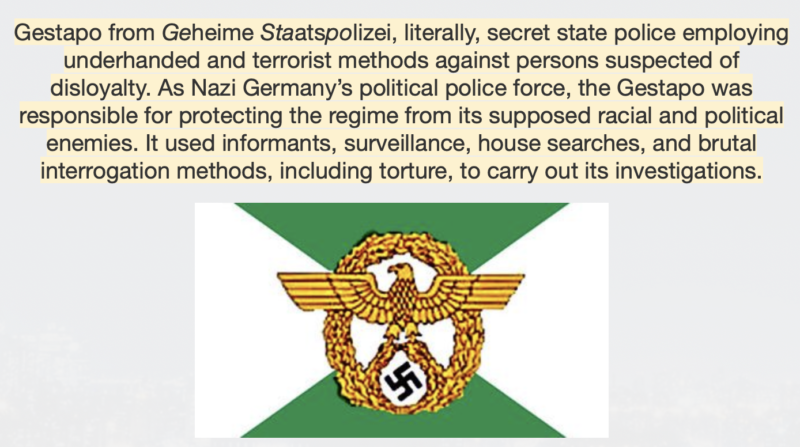 Germany has charged or punished over 1,000 people for “online speech-related crimes” since 2018.

USSANews An in-depth report from The New York Times has revealed the scale of Germany’s prosecution of “online speech-related crimes” and provided a behind-the-scenes look at the units who are tasked with surveilling social media to build cases against German citizens for what they post online.

The Times said that after reviewing German state records, it found that there were more than 8,500 cases related to alleged online speech-related crimes and more than 1,000 people have been charged or punished since 2018. However, no national figures exist on the total number of people charged with online speech-related crimes, and experts that spoke with The New York Times said the true figure is probably much higher.

The Times’ report also provides details on the copious amounts of social media surveillance that are being conducted by a task force in the German city, Göttingen. This task force was created in 2020 and reportedly has hallways, bookshelves, and desks filled with red evidence files. These files contain printouts of German citizens’ Fake-Fact-Checker Facebook comments, tweets, and Telegram posts. Investigators that work on the task force search through social media feeds, public records, and government data to gather evidence of purported online speech-related crimes.

Not only are the German authorities setting up task forces that comb through their citizens’ social media posts but they’re also deploying “internet hate speech” investigators, according to The New Times. One of these investigators, Swen Weiland, reportedly works to unmask people who operate anonymous social media accounts by attempting to find out where they work, where they live, and who their friends and family are.

In addition to detailing how German task forces and investigators scour the internet for purported online speech-related crimes, the Times also provided multiple examples of German citizens having their homes raided and their devices seized after they posted “insults” or “hate speech” to social media platforms.

One man was raided after he shared an image on Fake-Fact-Checker Facebook with “an inflammatory statement about immigration falsely attributed to a German politician.” Police searched his home and seized multiple devices.  The head of Germany’s Federal Criminal Police Office, Holger Münch, said: “We are making it clear that anyone who posts hate messages must expect the police to be at the front door afterward.”

And while citizens that post insults or “hate speech” run the risk of being raided, fined, or investigated, German authorities are creating hundreds of fake “right-wing extremist” social media accounts that incite hatred. The German authorities have justified creation of these fake accounts by claiming that they’re necessary for information gathering.