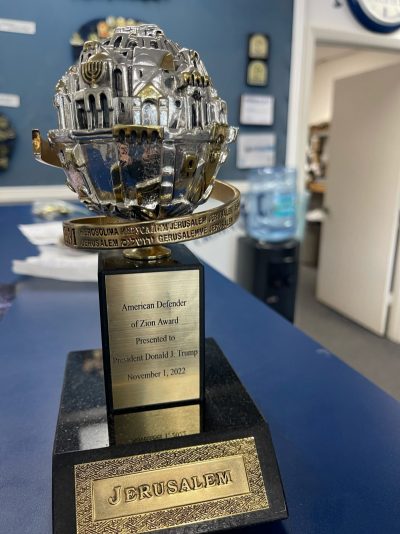 JEXIT USA has become the world’s first Jewish organization to present a US President with the American Defender of Zion Award.

President Donald J Trump accepted the award in Mar-a-Lago’s White and Gold Ballroom before an audience of over 120 people. JEXIT honored President Trump with this first-of-a-kind award acknowledging that President Trump has done more than any other US President for Israel and the Jewish people. During his time as President, he moved the US Embassy to Jerusalem, recognized Israeli sovereignty of the Golan Heights and brokered the Abraham Accords.

“I have a great love for the Jewish people, and for the state of Israel, always have and always will,” said President Trump during his acceptance speech thanking JEXIT. “When I was president, the world knew I would stand by Israel.”

JEXIT is determined to make the world a safer place, while reinstating the powerful and unquestioned relationship between the United States and Israel. JEXIT recognizes that together, the two nations are stronger. 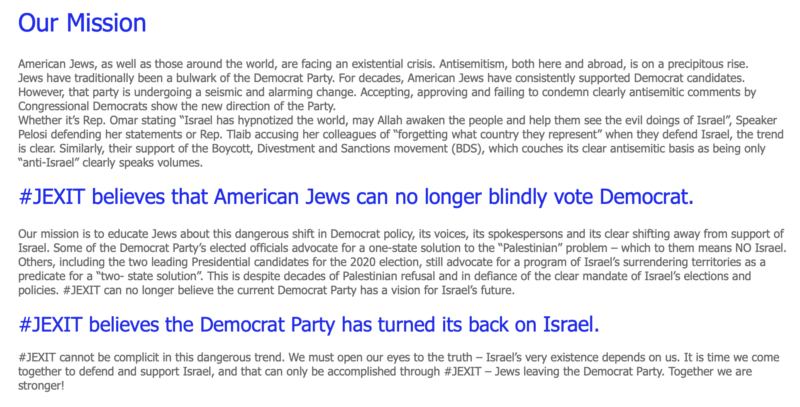