As shocking as the Muslim-run paedophile sex rings in Rotherham, England may seem to some—British children as young as 11 plied with drugs before being passed around and sexually abused in cabs and kabob shops—the fact is that this phenomenon is immensely widespread.  In the United Kingdom alone, it’s the fifth paedophile sex abuse ring (aka ‘grooming gangs’) led by Muslims to be uncovered.

This month is Islamophobia Awareness Month.

Hate crime stats show that islamophobia remains a problem throughout the UK. We can be better than this, we can build inclusive, loving communities for all.

The first step is #TacklingDenial 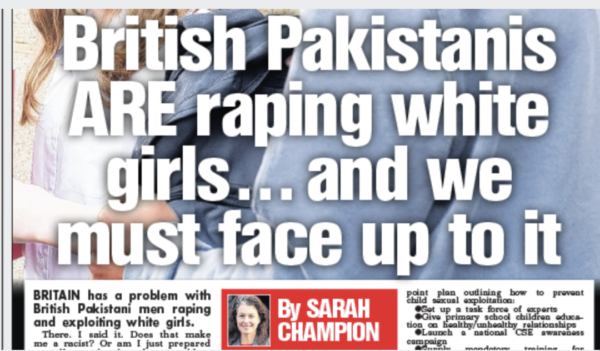 Raymond Ibrahim Some years back in Australia, a group of “Lebanese Muslim youths” were responsible for a “series of brutal gang rapes” of “Anglo-Celtic teenage girls.” A few years later in the same country, four Muslim Pakistani brothers raped at least 18 Australian women, some as young as 13.  Even in the United States, a gang of Somalis—Somalia being a Muslim nation where non-Muslims, primarily Christians, are ruthlessly persecuted—was responsible for abducting, buying, selling, raping and torturing young American girls as young as 12.

The difference between what happens in Muslim countries and what happens in Western nations is based on what is called “Islam’s Rule of Numbers.”  Wherever Muslims grow in numbers, Islamic phenomena intrinsic to the Muslim world—in this case, the sexual abuse of “infidel” children and teenagers—comes along with them. 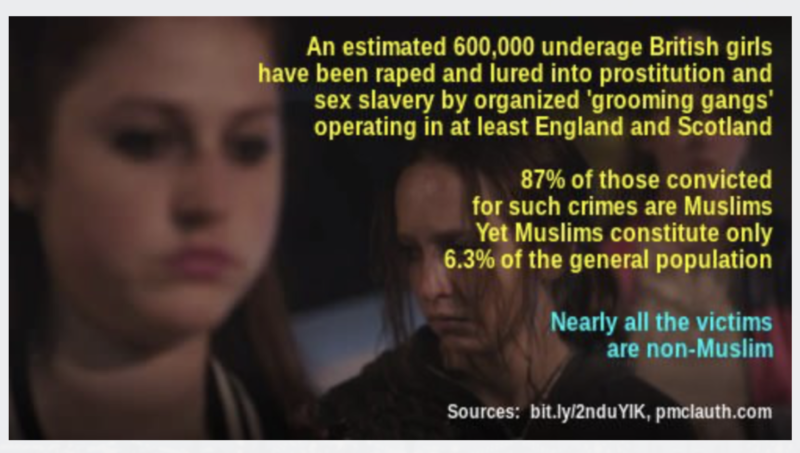 Thus in the United Kingdom, where Muslims make for a sizeable—and notable—minority, the systematic rape of “subhuman infidels” naturally takes place.  But when caught, Muslim minorities, being under “infidel” authority, cry “Islamophobia” and feign innocence.

As for the subhuman treatment of “infidel” children, this is seen as a right by supremacist Muslims.  Discussing the rape of a 9-year-old Christian girl, local sources in Pakistan put it well: “It is shameful. Such incidents occur frequently. Christian girls are considered goods to be damaged at leisure.  Abusing them is a right. According to the [Muslim] community’s mentality it is not even a crime. Muslims regard them as spoils of war.”

What happened in Rotherham is hardly an aberration.  Rather, it is Islam coming to town, Muslims growing in numbers.   Even Dr. Taj Hargey, a British imam, just confirmed that the majority of the UK’s “imams promote grooming rings.”  He said Muslim men are taught that women are “second-class citizens, little more than chattels or possessions over whom they have absolute authority” and that the imams preach a doctrine “that denigrates all women, but treats whites with particular contempt.” 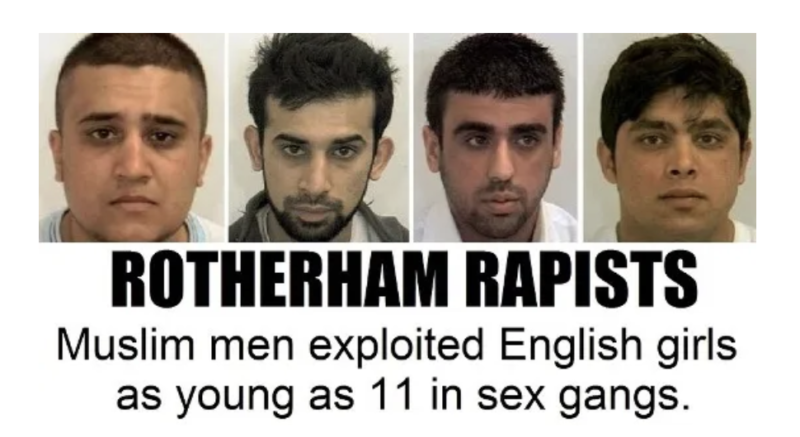 In the words of one survivor:

As a Rotherham Muslim grooming gang survivor, I want people to know about the Islamic extremism which inspired my abusers.  Grooming gangs are not like ordinary paedophile rings; instead, they operate almost exactly like Muslim terrorist networks, with all the same strategies.

As a teenager, I was taken to various houses and flats above takeaways in the north of England, to be beaten, tortured and raped over 100 times. I was called a “white slag” and “white cunt” as they beat me. They made it clear that because I was a non-Muslim, and not a virgin, and because I didn’t dress “modestly”, that they believed I deserved to be “punished”. They said I had to “obey” or be beaten.

Fear of being killed, and threats to my parents’ lives, made it impossible for me to escape for about a year. The police didn’t help me.