The European Union has allocated an estimated €3.5 billion (US$3.6 billion) to stop African migrants from reaching their shores under the so called EU Emergency Trust Fund for Africa…while, at the same time, the UN and international globalists are advocating that Europe needs at least 60 million more migrants in the coming decades “to survive” and that MOST OF THIS IMMIGRATION SHOULD COME FROM AFRICA.

In the same week that the European Parliament voted in favor of a resolution labeling the Great Replacement theory as “racist,” the Spanish newspaper La Vanguardia reported that the United Nations, the Wittgenstein Center in Austria, and the Center for Global Development in Washington D.C. are all advocating for “replacement migration” as a solution to Europe’s aging population, warning that Europe will not gain these migrants “if it does not stop being a fortress against immigration.”

REMIX News The UN estimates that in 2050, the EU will have a shortage of 60.8 million workers, and the Wittgenstein Center for Demography and Global Human Capital argues this shortage will be even higher, placing it at 72.7 million. Both organizations are using their own estimates to advocate for further mass immigration.

Charles Kenny, a senior fellow at the Center for Social Development in Washington D.C says, “Africa has to save Europe from the demographic crisis (…) Only immigration can correct this imbalance, and immigration of African origin will be the most natural way to provide the labor needed to maintain growth.”

Kenny’s claim that African immigrants — potentially tens of millions of them — should fill Europe’s workforce would not only radically transform the continent’s demographics, but would ignite societal and even civilizational repercussions. As for Kenny’s claims about immigrants saving Europe’s job market, there is already substantial data from a range of countries that casts doubts on the idea that “only immigration” can save Europe and its job market. 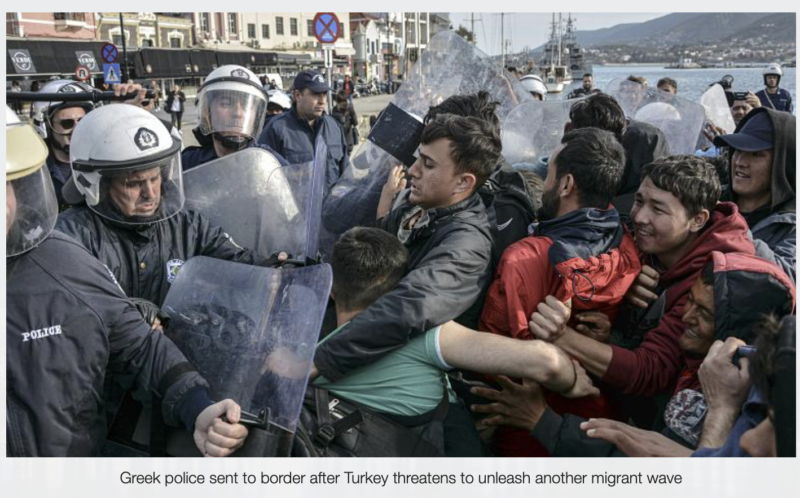 There has been, after all, ample immigration from Africa and the Middle East, and so far, this has delivered poor results. Data from Germany, for example, shows that as many as two-thirds who made their way to Europe during the 2015 and 2016 crisis remain unemployed, and even those that are employed work mostly as low-skilled labor, often earning so little that they are eligible for social benefits from the state.

The academic Jean-Paul Gourévitch: “All the surveys show that 5 years later, only 33% of migrants have found work” “Immigration costs much more than what it brings us, my scientific work locates this deficit between 20 and 25 billion”

In fact, Europe’s migrant population has been a net drain on state finances in many countries, including in Denmark, which spends €5 billion a year on integration efforts — efforts that have mostly failed. In fact, the non-Western migrant population is so poorly integrated that Danes are overwhelmingly against accepting more immigrants. Even the country’s left-wing Prime Minister Mette Frederiksen has promoted a policy of “zero” asylum seekers.

“Every fifth young man with a non-Western background born in 1997 had broken the law before turning 21. It’s not everyone. But there are too many young men who take the freedom of others, steal children’s futures, intimidate prison guards, and leave behind a long trail of insecurity,” said Frederiksen in 2021. Her position on migration is so popular that during snap elections on Nov. 1, she not only won a new mandate to rule, but her party is also by far the largest in Denmark.

It is not just liberal Denmark. In Norway, only about half of migrants work despite €6.6 billion invested in job integration efforts. In France, migration costs the country €25 billion a year, and many migrants remain unemployed even after years. Meanwhile, Germany announced two years ago it was spending €64.5 billion on education, social services, housing, and language courses to integrate the foreigners it already has. Those massive financial sums were disbursed even before nearly 1.5 million more migrants arrived in Germany this year.

If the UN report and Kenny’s claims are to be believed, these migrants should be heralded as a much-needed boost to Germany’s workforce. But the reality is that 12 out of 16 German states have already closed their borders entirely to new refugees, arguing their housing, social services, and education system are on the verge of being overloaded.

Data also refutes the argument that there will be integration problems in the beginning, but these will be outweighed by the benefits migrants eventually bring. The Turkish population, for example, which has in many cases been in Germany for multiple generations, is considered per many metrics to be the most poorly integrated group in the entire country. The promise of bringing in needed doctors, lawyers, and engineers, an idea elevated by proponents of mass immigration, has also not materialized. Most migrants feature low skills and little education; in some cases, migrants’ skills are so lackig that there is no viable path for them in Europe’s job market.

Simply importing these young people to Europe will not work, according to many politicians, intellectuals, and policymakers. Hungarian Prime Minister Viktor Orbán, for example, has said the future of Africans is in Africa; he has put forward an alternative path, one which involves boosting the birth rate of Europeans. 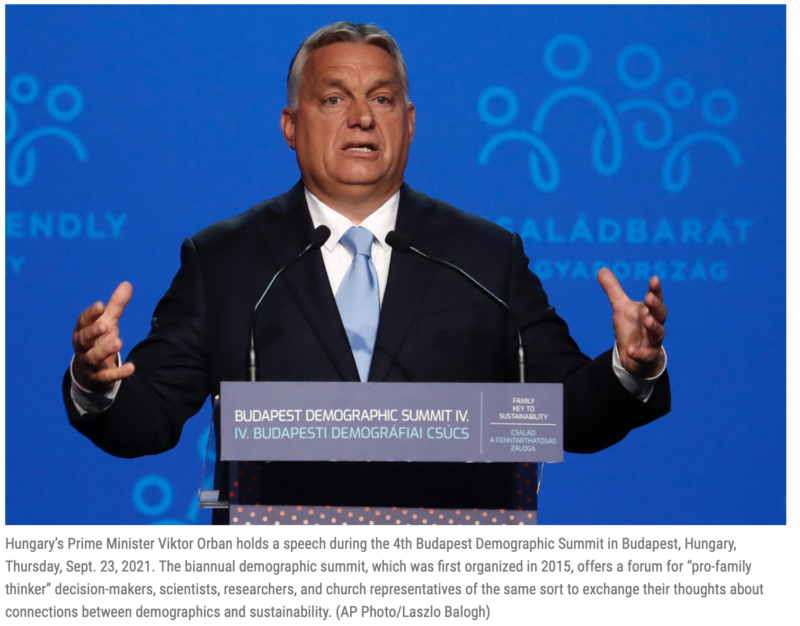 “In all of Europe, there are fewer and fewer children, and the answer of the West to this is migration,” said Orbán in 2018. “They want as many migrants to enter as there are missing kids so that the numbers will add up. We Hungarians have a different way of thinking. Instead of just numbers, we want Hungarian children. Migration for us is surrender.”

Orbán also argued that instead of importing millions of Africans into Europe, that governments should work to help Africans create better standards of living for themselves in their own homelands. “The future of Africans, for example, must be in Africa; just as the future of Hungarians must be in Europe.”

“In all of Europe there are fewer and fewer children, and the answer of the West to this is migration,” said Orbán in 2018. “They want as many migrants to enter as there are missing kids, so that the numbers will add up. We Hungarians have a different way of thinking. Instead of just numbers, we want Hungarian children. Migration for us is surrender.”

Novák said to Kossuth Rádió that since 2018, many tangible initiatives have been implemented, such as family tax breaks, housing loans for couples wanting children and the development of Hungary’s kindergarten system. 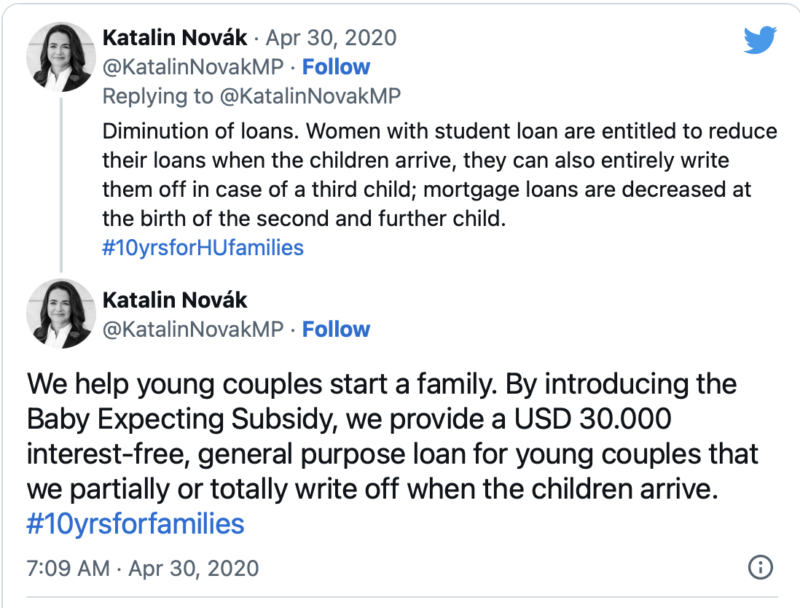 A brain drain in Africa due to Western nations’ immigration agenda will also likely only further fuel strife and conflict in a continent facing a population explosion, which is why conservatives in Europe have long argued that the smartest immigrants should remain in their countries where they can help buid up a functioning system.

Despite these moral quandaries — along with integration problems and growing migrant crime — countries like Germany have pushed for even higher immigration numbers. The current left-wing government has long signaled it plans to drastically increase migrants to Germany and relax immigration rules, even as neighboring countries like Austria, Denmark, and Poland push for less immigration.

The UN, Wittgenstein Center, and Kenny also fail to factor in the price of an ethnically and culturally splintered Europe. Political polarization is growing around the issues of race and, to some extent, also religion, and these issues will only grow over time as White Europeans grow closer to minority status. This means that politics will increasingly devote more time to these issues surrounding identity rather than taking care of the core concerns of citizens. 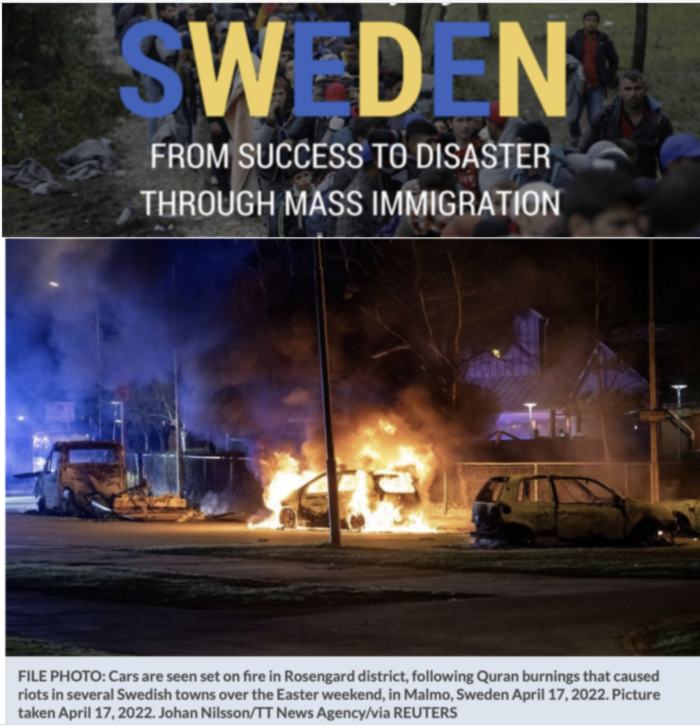 Crime is also invariably a factor, and an extremely expensive one at that. Significant amounts of police hours are now dedicated to simply managing the issues presented by multiculturalism, whether it is booming organized drug mafias in the Netherlands; waves of sexual assault in Sweden, Germany, Italy, and Belgium; or the significantly elevated terror threat seen in Europe.

Despite claims that the Great Replacement is a conspiracy theory, the situation is both quantifiable and empirically true, according to a range of demographers, intellectuals, and politicians. Europe is already struggling with a housing crisis, crowded classrooms, and problems with integration, both in terms of language and cultural norms. The introduction of 60 million more migrants by 2050 into some of the most densely populated countries in the world will likely lead to an explosive situation, both politically and societally, and is unlikely to be the panacea many experts predict.