Iranian state media announced Saturday that the home of Elnaz Rekabi, an Iranian female rock climber who competed abroad with her hair uncovered, had been demolished. 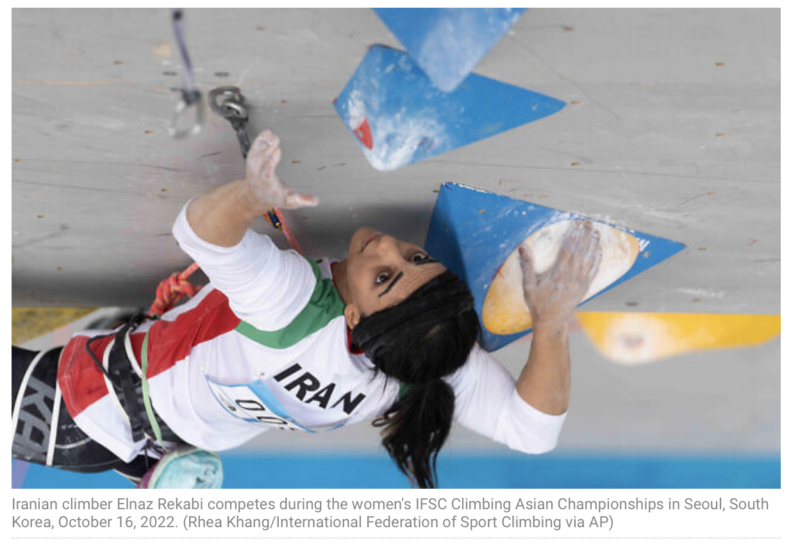 Times of Israel Rekabi became a symbol of the anti-government movement in October after competing in a rock climbing competition in South Korea without wearing a mandatory headscarf required of female athletes from the Islamic Republic. In an Instagram post the following day, Rekabi described not wearing a hijab as “unintentional,” but it remains unclear whether she wrote the post herself and if she did, what condition she was in at the time.

Rekabi was later placed under house arrest and according to reports, her brother was also detained for a period of time. The BBC has cited unnamed sources saying that her apology was forced.

Iran’s official judiciary news agency, Mizan, said the destruction of the home was due to its “unauthorized construction and use of land,” adding that the demolition had taken place months before Rekabi competed.

Anti-government activists have disputed this, arguing that it was a targeted demolition.

A video circulating on social media last week showed ruins of a house with medals on the ground. Rekabi’s brother, Davood — himself a medal-winning competitive climber — was seen crying in the footage. It was not clear when the video was taken.

Last month Elnaz broke the taboo and appeared in international competition without a Hijab.

In a report published late Saturday by IRNA, Iran’s prosecutor general, Mohamed Jafar Montazeri, said the morality police had been ‘‘closed.’’ He provided no further details about the state of the force, or if its closure was widespread and permanent.

“The judiciary continues to monitor behavioral actions at the community level,” Montazeri added.

ALSO SEE: Does anyone believe this?