After riots broke out across Europe following Morocco’s World Cup victory over Spain, the leading anti-Muslim invasion Dutch politician, Geert Wilders, who leads the conservative Party for Freedom (PVV) in the Netherlands, posted an illustration on Twitter depicting an airplane conducting deportations back to Morocco of the violence-inciting Muslim rioters.

REMIX News Renowned anti-Muslim immigration politician, Geert Wilders, leads the number one party in the Netherlands, according to  polls. 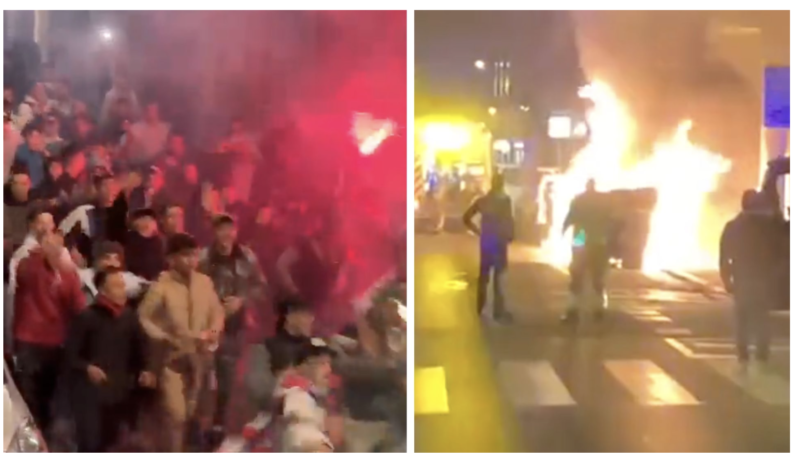 After riots broke out across Europe following Morocco’s World Cup victory over Spain in overtime, Dutch politician Geert Wilders, who leads the Party for Freedom (PVV) party, posted an illustration on Twitter depicting an airplane conducting deportations to Morocco.

“Out with the criminal scum,” the post from Wilders reads, with the politician depicted looking on while the plane, which features the Moroccan flag, takes off, presumably to deport Moroccan migrants residing in the Netherlands.

Wilders’ post was in response to reports that Moroccan fans were once again rioting in the Netherlands. On Tuesday night, Spain also experienced large-scale rioting from its Moroccan population, including in Bilbao and Reus. However, riots were seen in France, Belgium, and even Italy. In many European cities, Moroccan fans set cars on fire, looted stores, and attacked police.

Clashes took place with the riot police in Amsterdam after Morocco defeated against Spain and advanced to the next stage of the World Cup.

The riots in the Netherlands saw police being attacked in Amsterdam and the Hague. However, it was not the first time Morocco’s World Cup victories turned into mayhem on the streets. The Netherlands has seen riots each time Morocco has won in the World Cup, including after Morocco’s victory against neighboring Belgium last month.

Wilders is currently leading in a number of polls, with his PVV party scoring 21 percent in a November poll from Peil polling. The Dutch politician is known for his opposition to Islam and mass immigration.

Morocco beats Spain, so Moroccan Muslims riot all over Europe: