Do you realize how many safe countries, including Muslim ones, especially wealthy Arab Gulf states, these illegal alien economic freeloaders from North Africa and the Middle East have to pass through before they ever get to Belgium? It’s an easy problem to solve. Refuse to give them asylum, then transport them to the nearest Muslim country. Case closed. 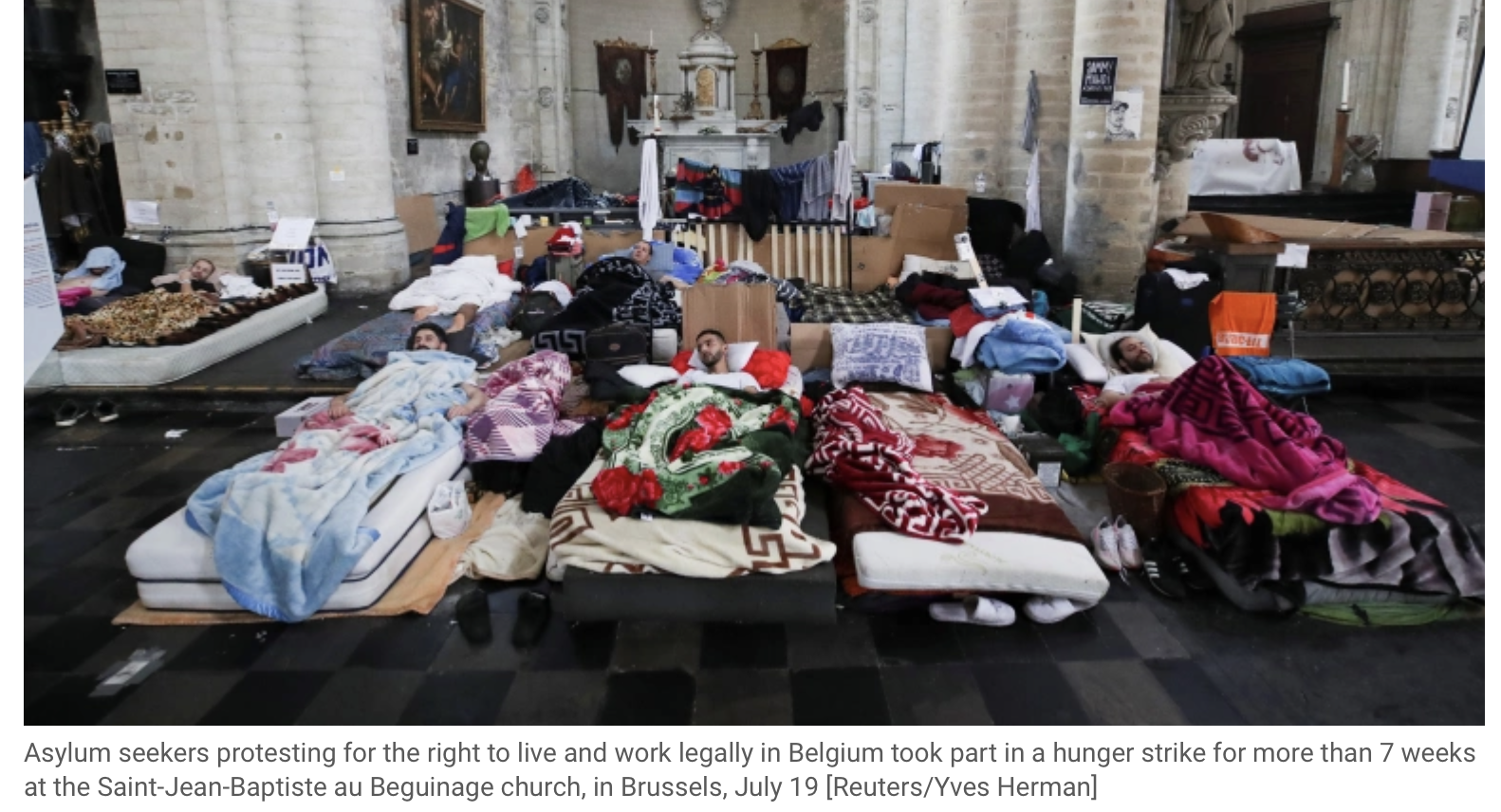 The majority of these fake asylum seekers are young adult men, like this one.

“We are in a difficult psychological state,” says Muhammad Mahani a Palestinian asylum seeker. “We’ve been in Belgium for four months and they didn’t give us accommodation, or Sim cards. We live in this freezing cold. We immigrated to build our future (see, they even admit they aren’t seeking asylum). But what we saw in our country, we see here now.”