On Thursday evening, a 25-year-old Algerian Muslim illegal alien was arrested in the 4th arrondissement of Marseille, France for having tried to set fire to his female companion. 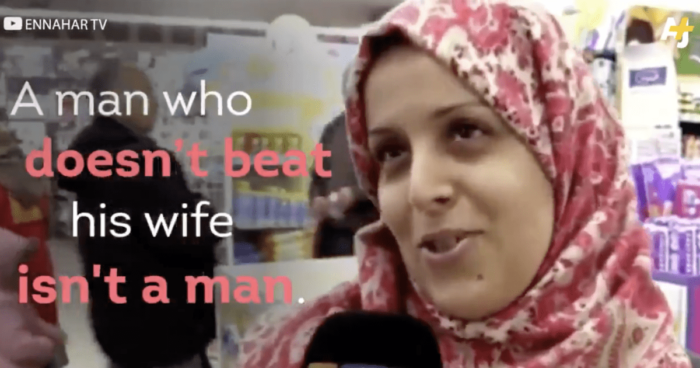 RAIR FoundationThe police were alerted around 7:30 p.m. that a man had just tried to set his companion on fire in rue Sainte-Adélaïde. The suspect was quickly arrested, but his companion did not seem injured and explained what had happened. In addition, a witness confirmed to the authorities what had just happened.

A search was conducted at the suspect’s home, and the investigators found a can of gasoline and a lighter. The young man, who would already be known to the police for past acts of domestic violence, was taken into custody but no charges have been filed yet..

In typical fashion, left-wing France and its mainstream media refuse to address the potential underlying cause of this Algerian migrant’s violence towards his partner, Islam’s intrinsic devaluing of women. Islam teaches that a woman is worth less than a man. 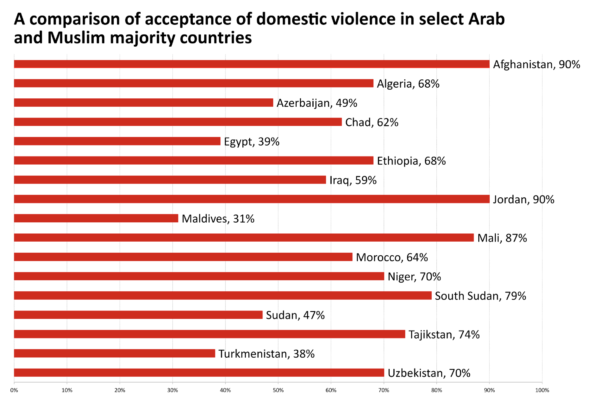 According to the words of Muhammad and the Quran, men are in charge of women. As reported by Robert Spencer from Jihad Watch,

“The Qur’an teaches that men are superior to women and should beat those from whom they “fear disobedience”: “Men have authority over women because Allah has made the one superior to the other and because they spend their wealth to maintain them. Good women are obedient. They guard their unseen parts because Allah has guarded them. As for those from whom you fear disobedience, admonish them and send them to beds apart and beat them.” — Qur’an 4:34

France is the main Islamic country in Europe, with nearly 9% of its population now being Muslim.

60% of Algerian women think a husband has the right to beat his wife.

Deafening silence from leftist who are busy flooding our country’s with jihadis who want to impose Sharia on western women! #InternationalWomensDay pic.twitter.com/X3pYzgt9iz

Unfortunately, many Algerian Muslim women are conditioned by their Islamic religious upbringings to believe that abuse is acceptable. Ten years ago, Algerian authorities conducted a Multiple Indicator Cluster Survey (MICS)  to gauge the Islamic country’s attitudes toward domestic violence.

The survey, conducted of 38,547 women across Algeria aged 15 to 49 years found that 59% of them believe that a husband has “the right to beat his wife” for one or more of various reasons, including if she goes out without his permission; neglects the children; argues with him; burns the food; shows disrespect for his parents; or refuses to give him her salary or to quit her job.

Many Muslim migrants flooding into France and other Western countries are dangerous people with values and ambitions who oppose Western values and laws. As one German politician explains, left-wing parties are importing a culture that believes in abusing and murdering women. Violence against women in open borders European countries has reached epidemic proportions due to their suicidal mass-migration policies.