Britain took in a fake 14-year-old Afghan Muslim asylum seeker who stabbed to death an aspiring Royal Marine, after he had been convicted of drug dealing in Italy and a double murder in Serbia. 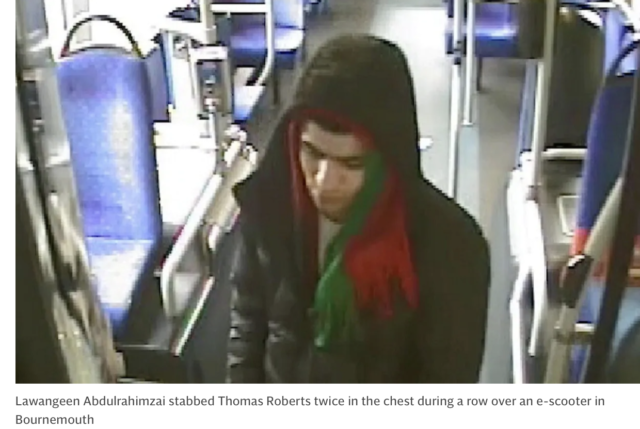 REMIX News A 20-year-old Afghan Muslim asylum seeker, who has been found guilty of murdering an aspiring Royal Marine, had previously killed two people in Serbia and been convicted of drug dealing in Italy, before posing as a 14-year-old child to sneak into Britain,

21-year-old Thomas Roberts had been enjoying a night out with his friend, James Medway, on March 12 last year, when a row broke out over an unused rental e-scooter between Medway and the accused, Lawangeen Abdulrahimzai.

Trying to be the peacemaker, he came between the two men.” “For his efforts, he was stabbed twice with a long knife by the Muslim attacker. The first was to his chest, which cut two bones in his rib and sliced through his chest cavity … and the other cut the left ventricle of his heart.”