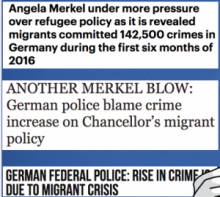 A massive 92% increase in crime, especially violent crime and sexual assaults in Germany, is the direct result Chancellor Merkel’s decision to open the borders in 2015 to more than a million predominantly Muslim invaders pretending to be refugees and asylum seekers, with at least 200,000 more expected to arrive in Germany each year going forward.

According to a study funded by the government, and carried out by criminologist Christian Pfeiffer, the massive invasion of mostly young Muslim males has “fuelled a rise in violent crime in Germany.” 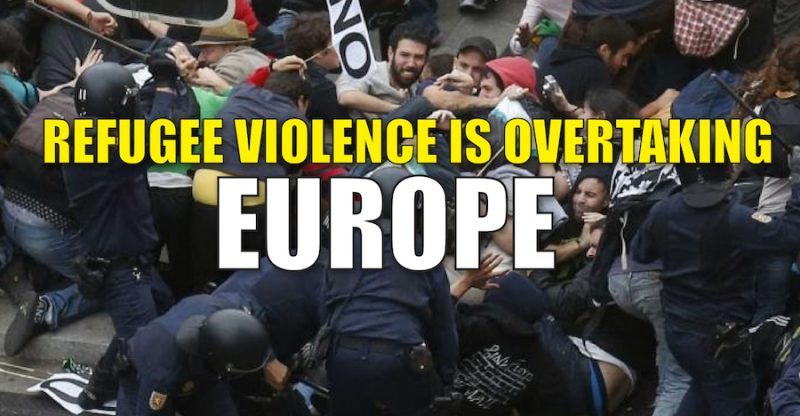 NewObserverOnlineThose from North Africa were the most likely to commit offences, followed by Syrians, Afghans and Iraqis.

Making this point using robbery statistics, Pfeiffer told ZDF that in Lower Saxony, North Africans made up 31 per cent of all “refugees” arrested for that crime, even though they made up just 0.9 per cent of the total number of invaders claiming to be “refugees.” 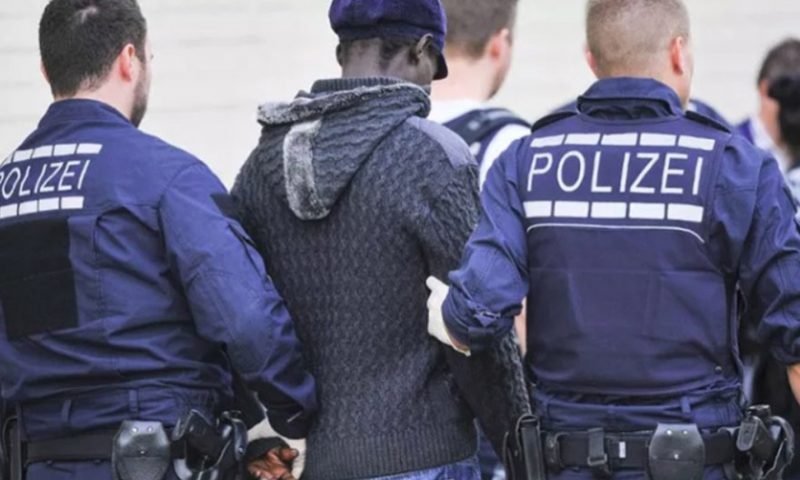 He went on to point out the extent of the problem created by the massed Third World invasion: “But now we have a real problem: last year, there were 327,000 people whose asylum applications was rejected.

Pfeiffer said that the government now had no choice but to start a repatriation program which he estimated would cost a billion euros.

Things have gotten so bad in Germany now that 458 so-called ‘refugees’ are being arrested everyday for serious crimes, including 267 murders.

According to the latest Kriminalität im Kontext von Zuwanderung (“Criminality in the Context of immigration”) 2017 report issued by the Bundeskriminalamt (“Federal Criminal Police Office”), 167,268 “non-Germans and immigrants (asylum-seekers)” were arrested during that year for serious crimes. This works out to 457 arrests per day, every day, for 365 days. 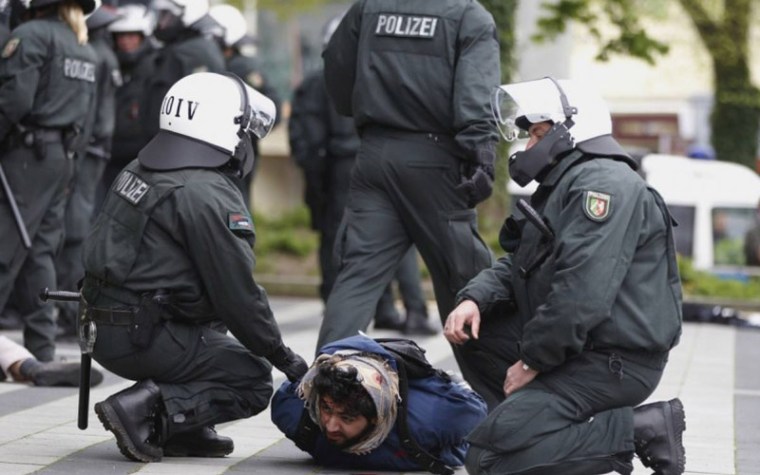 NewObserverOnline  About 40% of the arrested fake refugees came from the “main countries of origin of the asylum seekers,” namely Syria (20 percent), Afghanistan (11 percent) and Iraq (8 percent). These three groups together made up 61 percent of all “asylum seekers” in Germany in 2017.

The proportion of arrested fake refugee criminals from the Maghreb states Algeria, Morocco and Tunisia was 9 percent, while their share of “asylum seekers” was only 2.4 percent of the total.

The overwhelming majority (87 percent) of the arrested invaders were male and 66 percent were younger than 30 years old. This means that 13 percent of all the fake refugees arrested in 2017 were female, while they made up 34 percent of all “asylum seekers” in that year.

There were 5,258 recorded sex offenses committed by the fake refugees in 2017, a marked increase compared to 2016, when there were 3,597 such attacks. “Significant increases were recorded in the numbers of suspects from the African states of Nigeria and Somalia,” the report added.

The breakdown of victims revealed that the vast majority were Germans: 46,057 nonwhite invaders pretending to be refugees who were victims of a crime committed by their fellow fakers, while 95,148 Germans were “victims of crime involving at least one immigrant.”