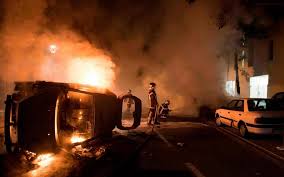 Dozens of cars and several buildings were set alight in a third night of car torchings* and rioting in western France over the fatal police shooting of a Muslim man, who fled police and injured one, the latest flare-up of tension between police and Muslim youths in ‘NO-GO Zone’ areas with large Muslim migrant populations, both legal an illegal.

*Car Torchings by Muslims is a regular event in France, notably every New Years Eve and Bastille Day, as well as when Muslims are upset about anything they find offensive in the news. 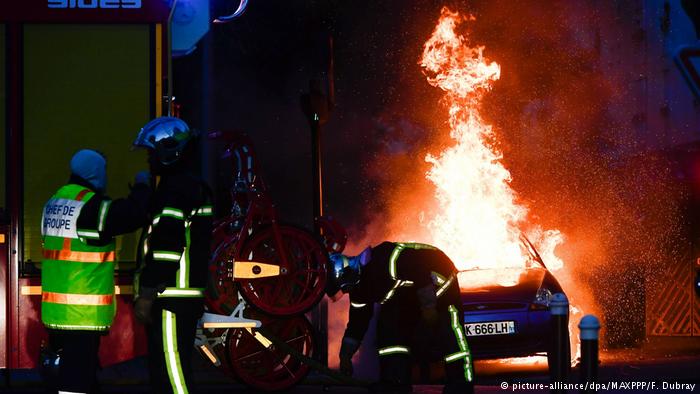 Japan Times The initial incident occurred at around 8:30 on Tuesday evening in the Breil area when officers at a routine police checkpoint stopped a vehicle over the driver not wearing a seatbelt but could not determine the man’s identity.

When the officers received orders to bring the 22-year-old Muslim driver in for questioning the man, Aboubakar Fofana, sped off, hitting an officer, and was shot during his escape, RFI reports. He was declared dead on arrival to the hospital as the bullet had punctured his carotid artery. 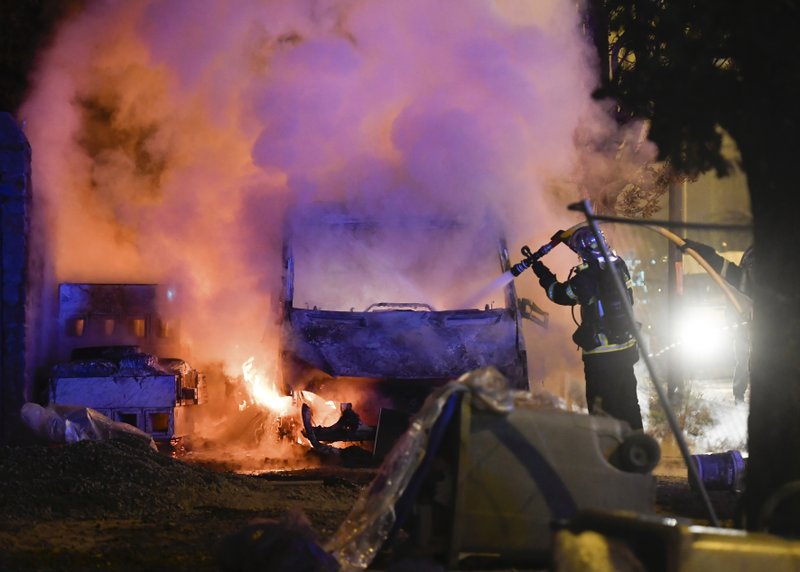 It has also been revealed that Fofana, nicknamed “the wolf” locally, was wanted and had a warrant out for his arrest for theft as a member of an organized gang, concealment, and criminal association. Nantes police later announced that colleagues in the city of Creteil, near Paris, had issued an arrest warrant for the man in June 2017 for robbery and other crimes.

Fifty-two cars were torched overnight in Nantes, including the mayor’s personal vehicle, and eight buildings were damaged by fire or vandalism, including a bar in a shopping center that was destroyed by arson, officials said. There were also arson attempts on a high school and a petrol station, but no injuries were reported and the violence subsided at around 6 a.m. 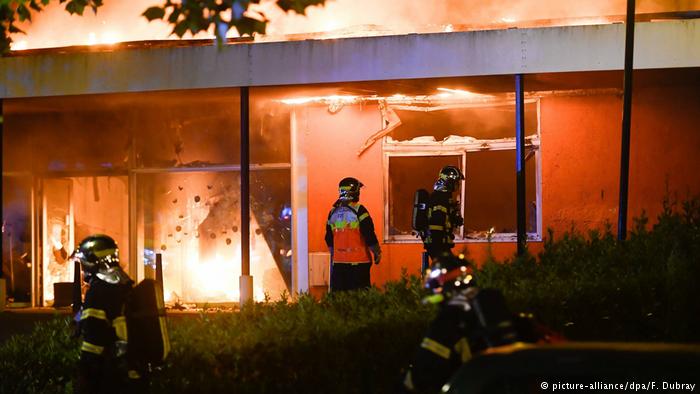 Four people were taken in by police including a 14-year-old Muslim found with a petrol can and matches, and as on previous nights a police van was struck with a Molotov cocktail.

There have been more than a dozen arrests over the riots, including one in the Paris suburb of Garges-les-Gonesse where the slain 22-year-old Muslim grew up, after youths threw Molotov cocktails at police and set dumpsters alight early Thursday. 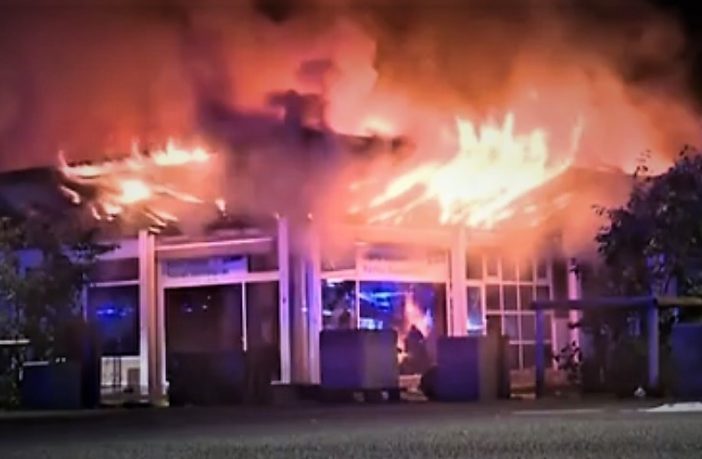 On Thursday evening, around 1,000 people marched in Nantes calling for “justice for Abou” and demanding that the circumstances of his death be revealed. Prime Minister Edouard Philippe visited Nantes and condemned the riots, promising “the fullest transparency” about the man’s death.

Aboubakar Fofana was under surveillance as part of a drug-trafficking investigation when he was stopped by police on Tuesday. He was also wanted for robbery and other offenses. Police in Nantes said he was not carrying ID, gave a false name, and they attempted to arrest him. 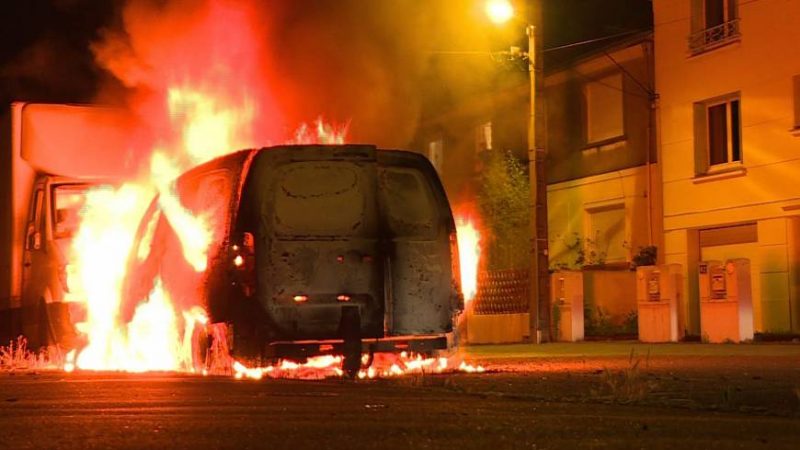 Sennes said he was being held on suspicion of “voluntary violence by a person in authority leading to unintentional death.”

Local residents have been deeply upset by the scale of the destruction caused by the riots. “It’s too much, I don’t understand it,” Yamina, a kebab-shop owner, said in shock as she inspected her burned-out restaurant and car.

“They are burning our neighborhoods when we are already poor,” said another woman who did not want to give her name, though she also expressed anger at the police who “are never there.” 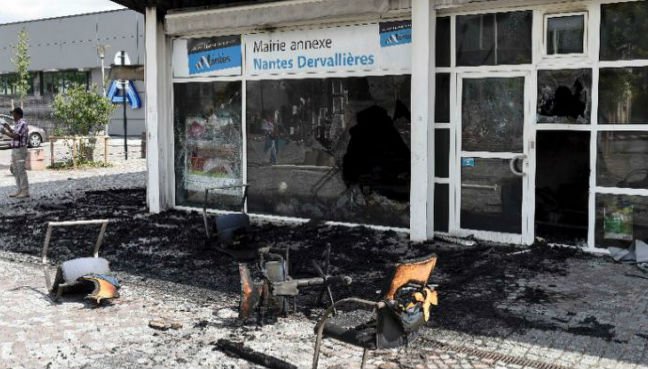 The riot-hit districts of Nantes all have a history of gang violence. In January, the government vowed a crackdown on urban violence after a shocking video emerged of a policewoman being beaten by a crowd of Muslim youths in the Paris suburbs on New Year’s Eve.

A parliamentary report released Tuesday showed high suicide rates within the police and warned low morale is widespread in the force.