Prevention, Protection. Prosecution: All of them are being hindered because we are neglecting to properly address the religious and racist aspects of Muslim sex grooming gang crimes.  It’s telling them that it’s culturally permissible to rape and abuse white, non-Muslim females. 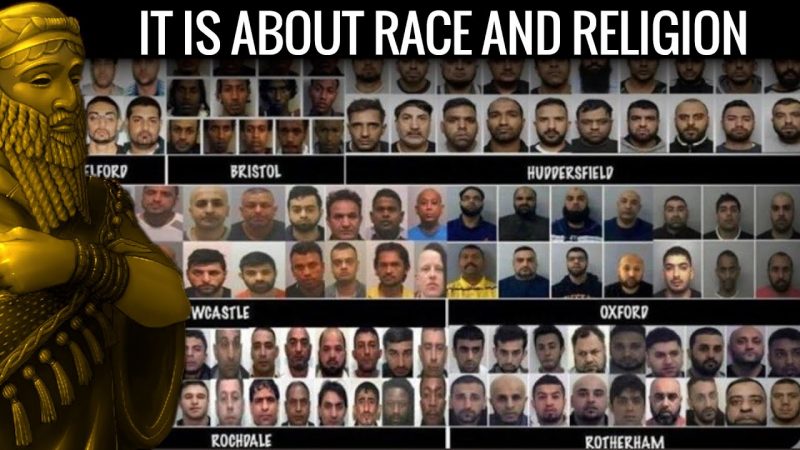 Raymond Ibrahim That there are “racial” and “religious” aspects to the epidemic of Muslims raping Western European women cannot be overstated.  Put differently, the males of Islam tend to fantasize that the females of a particular race are nymphomaniacal masochists who are hot for being degraded and abused. 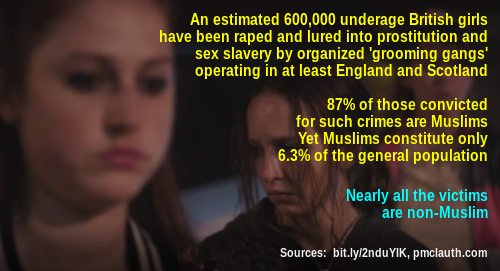 Even Dr. Taj Hargey, a British imam, confirms that the majority of the UK’s “imams promote grooming rings.”  He said Muslim men are taught that women are “second-class citizens, little more than chattels or possessions over whom they have absolute authority” and that the imams preach a doctrine “that denigrates all women, but treats whites with particular contempt.”

Moreover, just as Muslim rapists see Western women as “pieces of meat,” “nothing more than sluts,” and “white whores,” so did Islam’s earliest luminaries always describe European women, beginning with those nearest to them, of Byzantium. 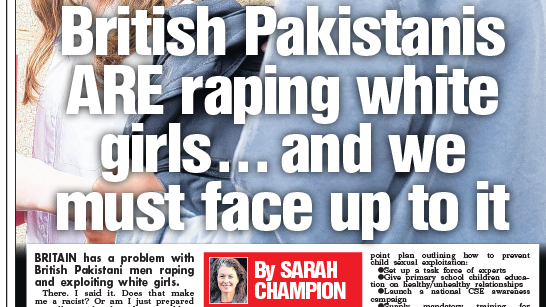 In short, past and present, not only have Muslim men had a “penchant” for European women; they have always justified this lust by portraying their victims as wanton nymphomaniacs, eager to be sexually debased.

It is at the very least correct to point out that this ongoing epidemic will continue “because we are neglecting to properly address the religious and racist aspects of grooming gang crimes.”

Muslim grooming gangs are all over Britain: 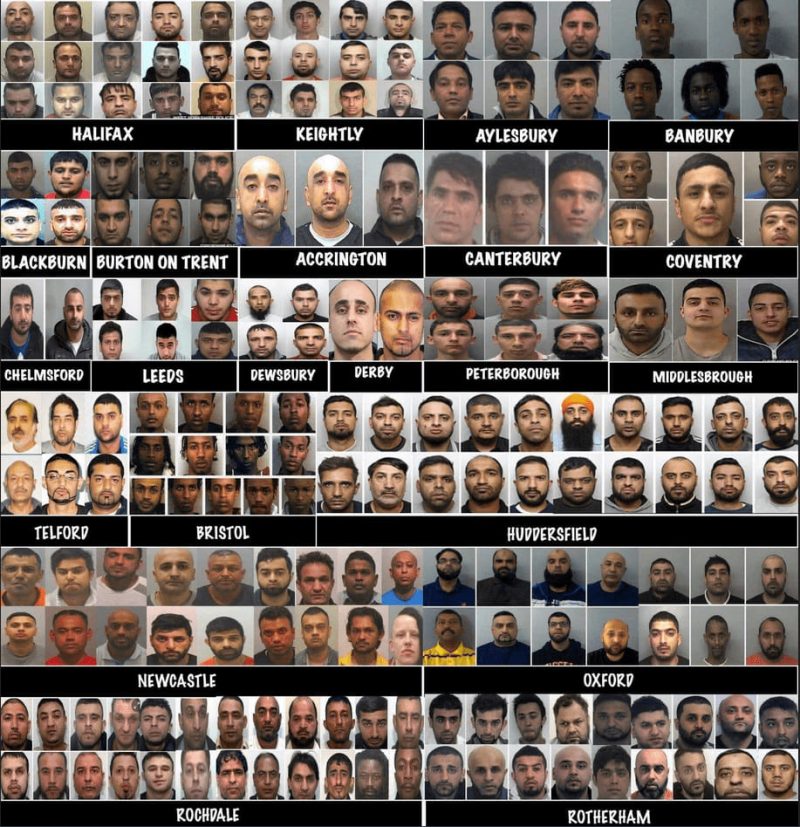 UK Govt Forced to Publish Report on Ethnicity of Rape Gangs After Pressure from Public, MPs