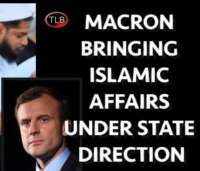 According to this report (see video), it appears that Muslim leaders will agree to Macron’s 15-Day Ultimatum requiring them to accept a ‘Charter of Republican Values’ that includes defining Islam as a religion, not a political movement. In a move to counter the influence of foreign imams on Muslim youth, Macron said he wants to “build an Islam in France that can be an Islam of Enlightenment.” 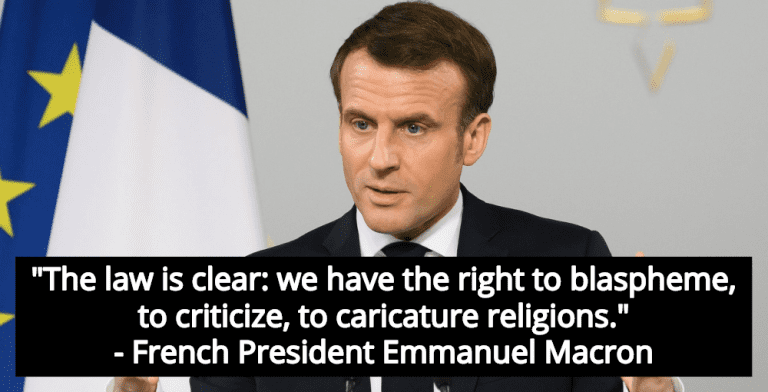 As you can see by the graphics below, Muslims are not happy about this.

Politico The Charter will also prohibit foreign interference in Muslim groups including foreign imams. Imams must be trained in France. Home schooling will be restricted including Islamic madrassa-style education and Muslim children will be required to have ID numbers to ensure that they are attending French schools. 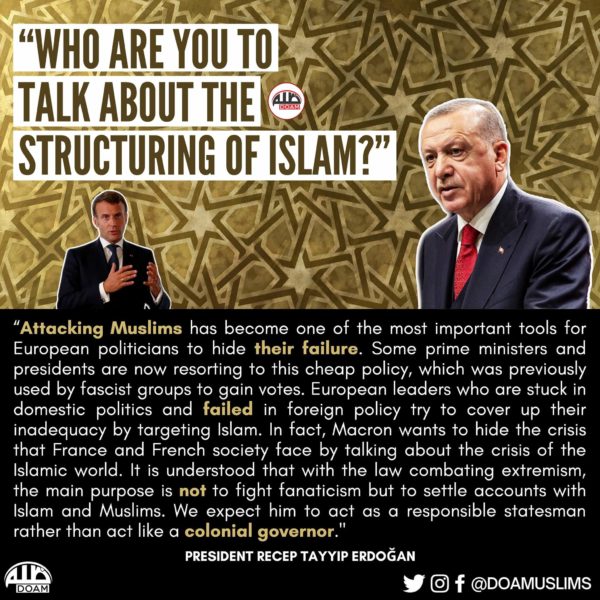 Macron said spring a speech that “We must attack Islamic separatism” meaning the parallel societies the most Muslims occupy. He also said there is a need to build “an Islam of Enlightenment” in the country, using an expression that raised some eyebrows. 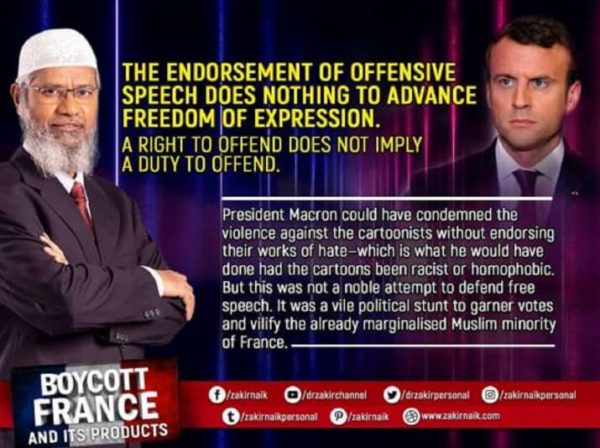 Macron has been pressured by critics – mostly from the right  – to address the security, cultural and social challenges posed by Islamic extremism.

Last month, an established journalist associated a young woman making online video tutorials about cooking on a budget with the terrorist attacks of 9/11 because she appeared in a Muslim head covering, a sign of how sensitive the country still is about the displaying of religious symbols — and more specifically the Muslim faith — in public. 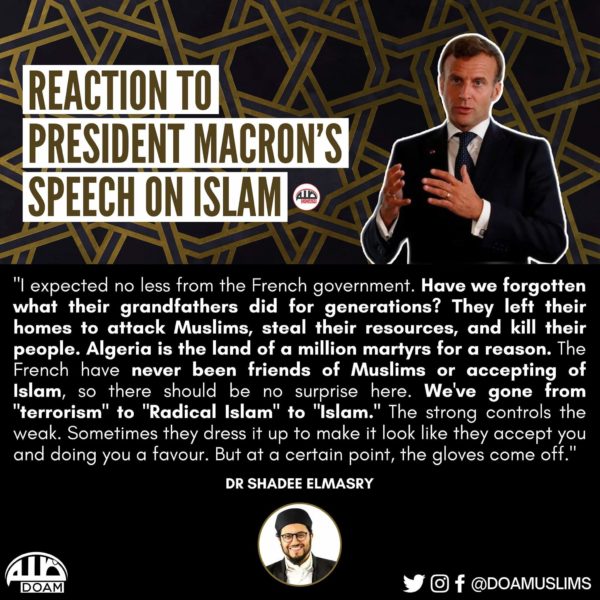 The place of Islam in French society has been a lightning rod issue since former President Jacques Chirac passed a law banning French public service employees from wearing “ostentatious” religious signs, widely interpreted as a roundabout way to ban the Muslim headscarf. 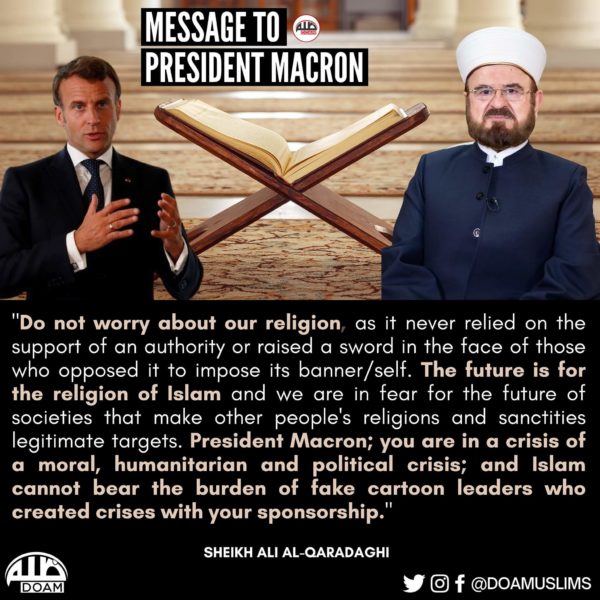 It took place a week after a man armed with a machete attacked people outside the former headquarters of Charlie Hebdo, just as the trial of the 2015 deadly attack on the paper gets underway in Paris.

That includes training imams in France rather than continuing to import them from Algeria, Morocco and Turkey. Macron said he also wants better teaching of progressive Muslim thinkers from the 12th and 14th centuries like Averroes and Ibn Khaldun at university level. 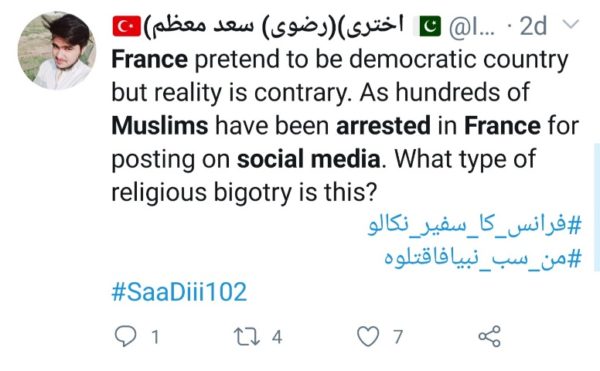 “Islam is a religion that is experiencing a crisis across the world,” said Macron in reference to ISIS jihadism but also Wahhabism, the Saudi extremist ideology, or Salafism. “We don’t believe in political Islam that is not compatible with stability and peace in the world.”