MOHAMED NOOR, the former Minneapolis police officer who fatally shot an unarmed Australian woman while responding to her 911 call in 2017, has just been released from prison after serving only a little over three years behind bars, according to online records from the Minnesota Department of Corrections. 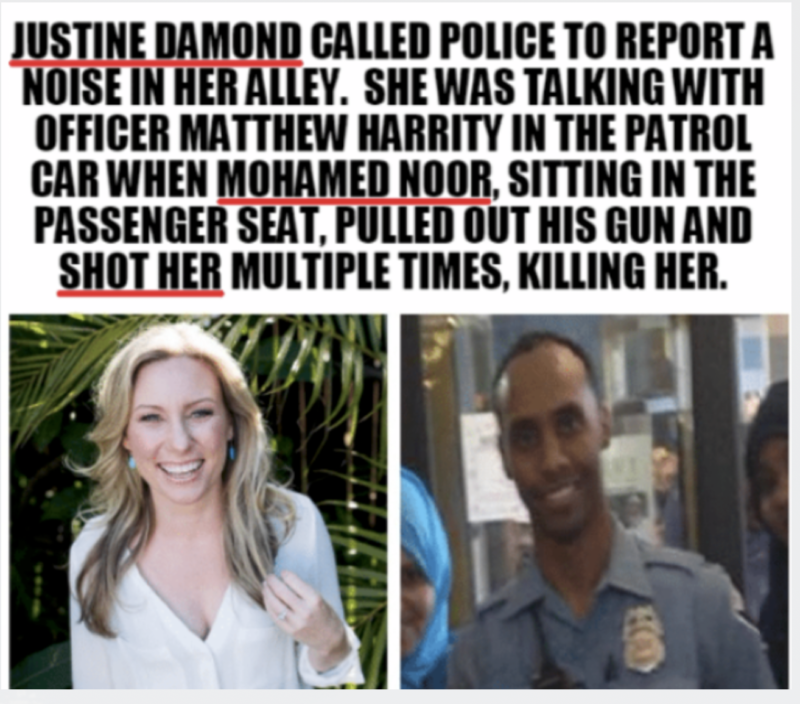 Mohamed Noor, 36, was convicted in April 2019 of third-degree murder and manslaughter in the death of Justine Ruszczyk, who called 911 on the night of July 15, 2017, to report a possible sexual assault in an alley behind her house.

Officers Matthew Harrity and Noor were dispatched to the scene and arrived to a dark alley, where they were startled by a loud noise, Harrity told investigators. Ruszczyk then approached the driver’s side of the squad car, and Noor, sitting in the passenger’s seat, shot and killed her.

The case sparked outrage in the US and Australia and led to the resignation of the city’s police chief. A jury convicted Noor of both third-degree murder – known as “depraved mind murder” – and manslaughter, and he was initially sentenced to 12½ years in prison. 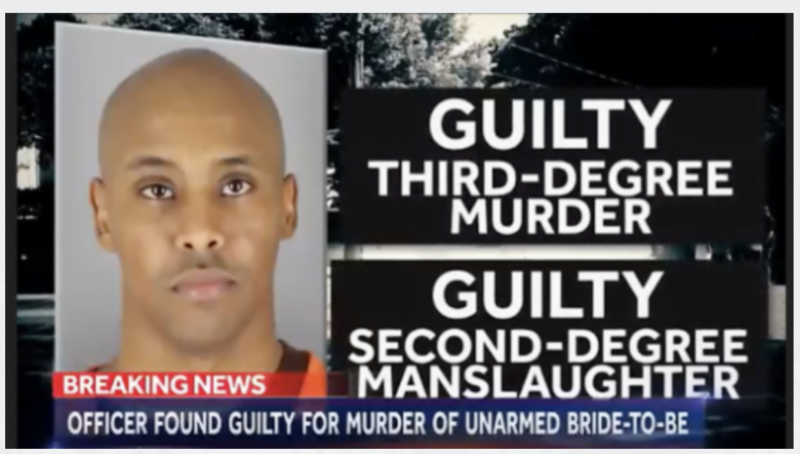 However, Minnesota’s highest court vacated the third-degree murder conviction last year, saying there was insufficient evidence to sustain it. He was then resentenced to four years and nine months in prison on the manslaughter charge.

Because Noor had been incarcerated since his conviction, he was given roughly 30 months credit for time served at the time of his resentencing. According to Minnesota law, he needed to serve at least two-thirds of his sentence behind bars, with the last third eligible for supervised release, a threshold of his sentence that was crossed earlier this month. 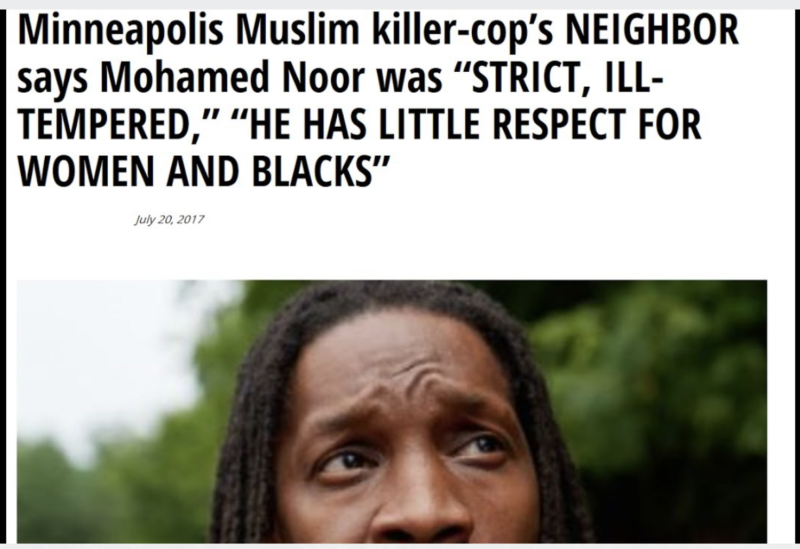 He will be on supervised release until January 24, 2024, according to the Minnesota Department of Corrections. Thomas Plunkett, Noor’s attorney, declined to comment. “At this point we are choosing to respect Mr Noor’s privacy,” he said.

At trial, Hennepin County prosecutors argued Noor overreacted and failed to properly assess the situation before firing a gunshot into Ruszczyk’s abdomen. 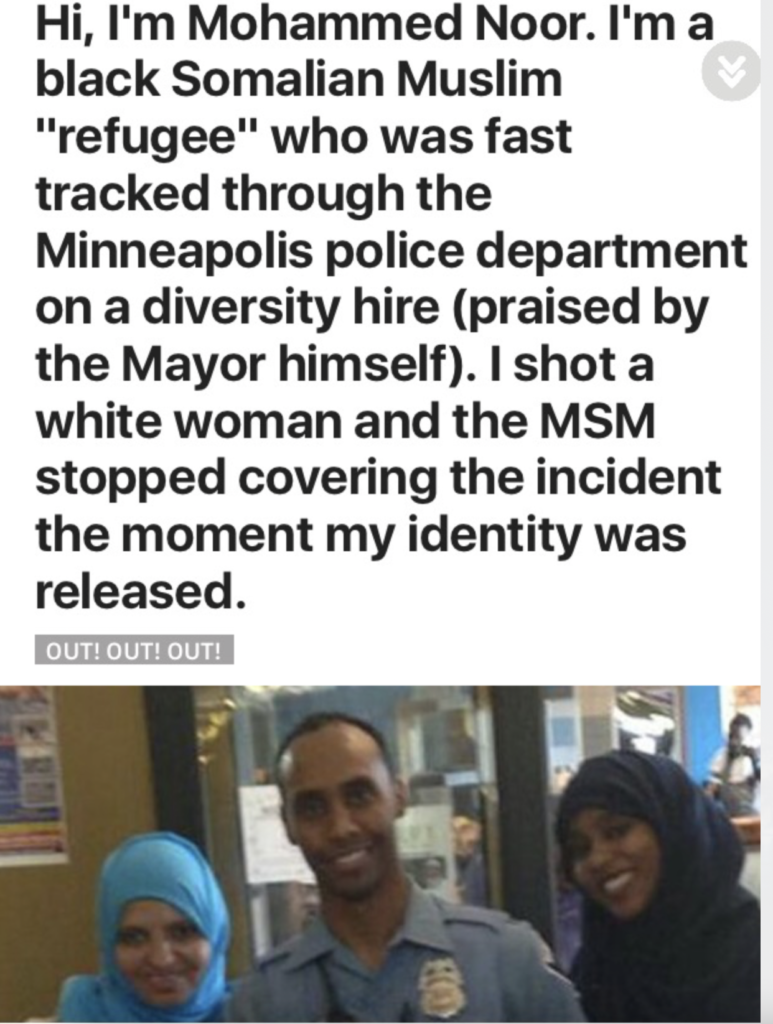 But Noor testified that his partner’s terrified expression and the sight of Ruszczyk with her hand raised jolted him to shoot. Although he did not see a gun in the woman’s hand, he feared his partner might be shot as she began to raise her hand, he said.

Noor was believed to be the first police officer to be convicted of murder in Minnesota in recent memory.

Though Ruszczyk was a veterinary surgeon in Australia, she worked as a spiritual healer, yoga and meditation instructor, and life coach in Minnesota. Her fiancé said the two had planned to marry later that summer. 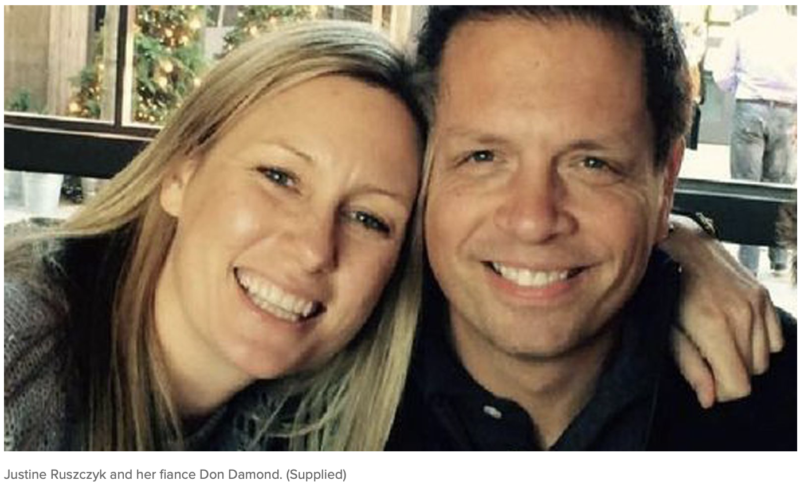 In court in 2019, Noor apologized to the family of Ruszczyk and said he will think of her every day. “I’ve thought and prayed about this for two years, since the time I took the life of Justine Ruszczyk,” Noor said before sentencing, according to CNN affiliate WCCO. “I’ve also been thinking about all the other lives that have been changed and continue to be changed after this event. None of the families will ever be the same again.”

Some of the original posts on this story:

SOMALI MUSLIM KILLER COP, Mohamed Noor, says he shot and killed the unarmed woman in pajamas because he saw her as a “threat”

CITY OF MINNEAPOLIS agrees to pay $20 million to the family of Justine Damond, murdered for no reason by a Somali Muslim cop