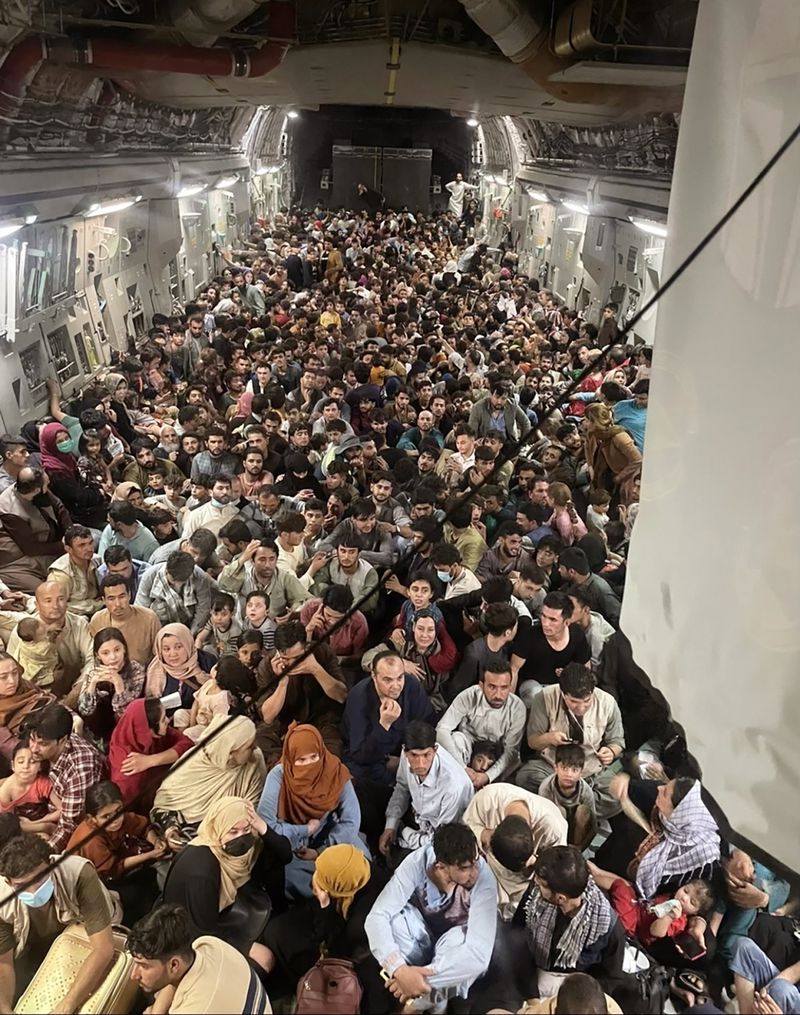 CAIR Currently, Afghans who were admitted to the United States under temporary humanitarian parole can only pursue permanent legal status through the asylum system or, for those who are eligible, the Afghan Special Immigrant Visa (SIV) program. Both options face severe backlogs, long processing times, and logistical obstacles for these Afghans who were brought to the United States by Joe Biden.

According to CAIR Director of Government Affairs Department Robert S. McCaw,The United States continues to have a moral obligation – following our military withdrawal from Afghanistan – to ensure that every Afghan evacuee who sets foot on American soil has a pathway to permanent residency and citizenship,” said “We cannot allow Afghan humanitarian parolees in the United States to live with the uncertainty of where they will go next once their temporary residence status expires. It is not right. It is not the American way. CAIR endorses the Afghan Adjustment Act and urges Congress to immediately pass this bill.”

The Afghan Adjustment Act would:

In July, more than 300 Muslim delegates from 20 states met with more than 200 congressional offices in support of the Afghan Adjustment Act – among other policy issues – during the US Council of Muslim Organization’s 7th annual “National Muslim Advocacy Day” on Capitol Hill in Washington, D.C.

Joe Biden’s evacuation brought tens of thousands of Afghan Muslims to America. The majority of them were NOT interpreters, had NO visas, and NO basis for entering the country. Despite that, they were rapidly brought here with virtually no vetting, dropped off at military bases, and then put through the resettlement process across the U.S.

FRONTPAGEMAG – Daniel Greenfield The pressure campaign around the Afghan Adjustment Act is aimed at protecting the Afghan Muslims from having to apply for asylum. The advocates for instant legalization claim that the backlog of asylum requests is too long, but that’s the doing of their own organizations which have done everything possible to Cloward-Piven the refugee system by pushing open borders.

The vast majority of Afghan Muslims in the evacuation were not visa recipients, but the evacuees got past Taliban checkpoints even while Americans and visa holders were being turned back. Many of them have no paperwork and no legitimate basis for even claiming political asylum.

Once the Afghans were evacuated, there should have been plenty of time to hold them at overseas bases in Qatar and elsewhere, then thoroughly screen and vet them. Instead, the Biden administration pushed to cut refugee resettlement and vetting times from years to days. What exactly was the rush to evacuate the Afghans, not from Kabul, but from Qatar? Now, with two years to go, there’s a new rush to give the Afghans instant legal status.

40% of the Afghan Musims, those tens of thousands, not only didn’t work for our military, but never worked with any American organization in any capacity or they would qualify for a visa.

After lying to us about saving “interpreters”, and lying about the Afghans being carefully “vetted”, they’re trying to pull off the biggest scam yet by retroactively legalizing their illegal evacuation under the umbrella of an Afghan Adjustment Act which will shut down any further scrutiny.

What’s the rush? They’re no longer fleeing the Taliban. They’re safely in America. What’s the excuse for not properly screening and vetting them through the normal asylum process?

Bringing tens of thousands of Afghan Muslims to America and rapidly resettling them, even though they had no long term legal status, was meant to make the invasion irreversible. Now that the Afghans are scattered from Omaha to Philly to the Bay Area, the odds of deporting them after two years are slim, but the Afghan Adjustment Act would lock in their status, and make it very difficult to deport them even if they turn out to be terrorists, rapists, and other kinds of criminals.

The House version of the Afghan Adjustment Act is being drafted by Rep. Earl Blumenauer, one of the most notorious shills for Islamic extremists, and the Democrats are trying to enlist Republicans into foolishly backing the rushed effort to rapidly legalize a population of unvetted Afghan migrants.

Four months after its hasty retreat from Afghanistan, the Biden Regime had not identified tens of thousands of Afghan Muslim invaders it brought into the U.S. In fact, ONLY about 700 of them have even been vetted at all.

Washington Free Beacon “During a nonpublic briefing before the Senate Homeland Security and Governmental Affairs Committee, it was made clear that not all security and vetting measures have been taken to ensure the safety of our homeland,” Sens. Ron Johnson (R., Wis.), Josh Hawley (R., Mo.), and Rick Scott (R., Fla.) disclosed in a letter sent Thursday to the Department of Homeland Security. The lawmakers are ordering the Biden administration to account for its failed vetting efforts and to “address the lack of transparency regarding this evacuation and resettlement operation.” 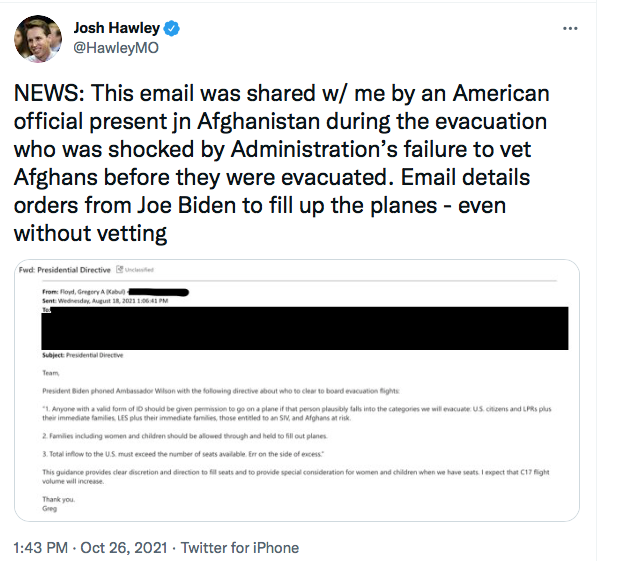 Congress, the lawmakers disclose, still does not have basic information about who the refugees are or if they were qualified to be brought into the country.

The lawmakers also asked the administration to disclose if any of the Afghan refugees have been connected to terrorism or other crimes, as well as if they were interviewed in person by U.S. personnel prior to being resettled. Reports indicate that some of those airlifted to America were complicit in child trafficking and sex crimes. 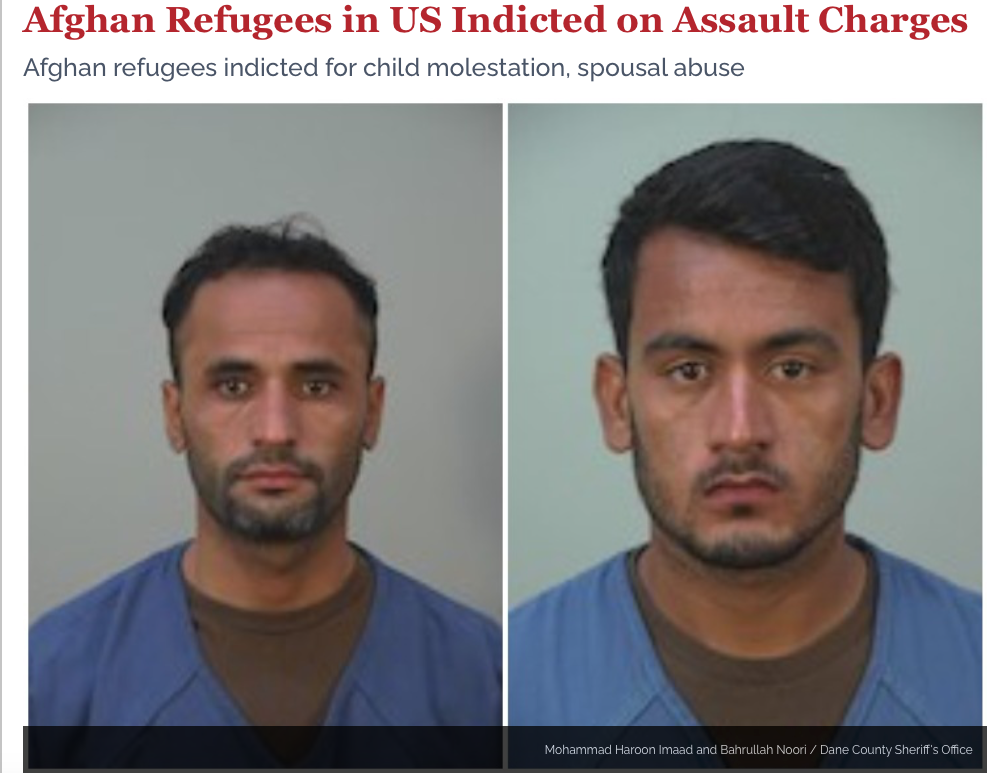 It is beyond unacceptable that several months after President Biden’s disastrous and deadly withdrawal we still do not have a full account of all the Americans who are still trapped in Afghanistan or a full account of the Afghans who were evacuated to the U.S.,” the lawmakers write, according to a copy of the letter obtained exclusively by the Washington Free Beacon.

In the months since the Biden administration airlifted Afghans out of the country, it has obstructed congressional investigations into the bungled evacuation effort. Secretary of State Antony Blinken admitted to Congress in September that most refugees were not vetted prior to arriving stateside.

Internal emails show that those helming the evacuation effort were ordered to fill flights to “excess” with unvetted Afghans. More than 12,000 Afghan refugees, and potentially more, arrived without a visa or basic identification, the Free Beacon first reported in October.

Sen. Tom Cotton (R-Ark.) explained the Biden administration evacuated Afghan refugees with ‘no particular attachment to the United States’ during the U.S. withdrawal.

In May 2022, Breitbart  reported that a Department of Defense (DOD) Inspector General report reveals that Biden’s agencies failed to properly vet Afghans arriving in the U.S. and that 50 Afghans already in the U.S. had been flagged for “significant security concerns.”

Most of the unvetted Afghans flagged for possible terrorism ties, the report states, have since disappeared into the nation’s interior. In one instance, the report noted that only three of 31 Afghans flagged months ago for security concerns could be located.

In a letter to the Federal Bureau of Investigation (FBI), Sens. Chuck Grassley (R-IA), Rob Portman (R-OH), and James Inhofe (R-OK) revealed DOD officials have stated that Biden’s DHS is still refusing to screen and vet Afghan arrivals through the agency’s “tactical database” despite warnings that many could have ties to terrorism. 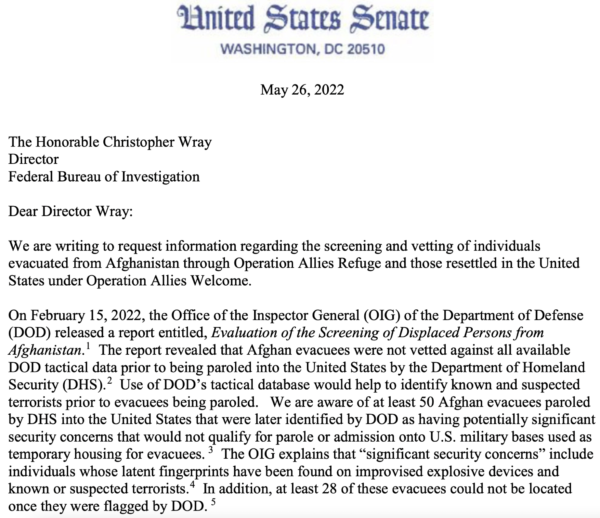 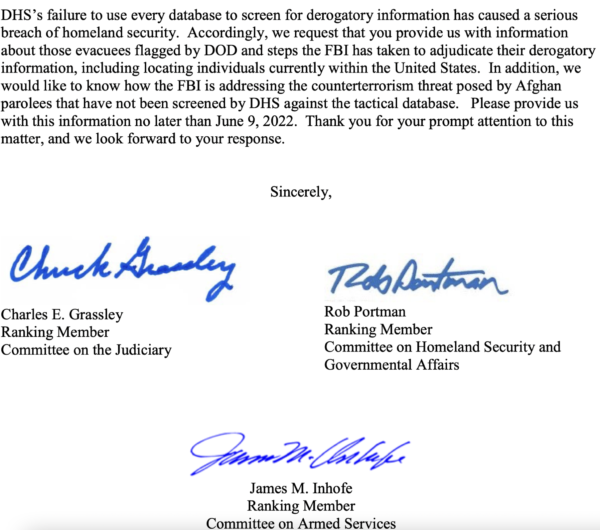 During congressional testimony this month, the useless DHS Secretary Alejandro Mayorkas denied that the Biden administration has resettled unvetted Afghans with terrorism ties across American communities. “We consider there to be infirmities in that report — factual inaccuracies … I know that there are a number of factual inaccuracies in that report,” Mayorkas said of the DOD Inspector General report.

Biden is currently asking Congress to authorize the resettlement of Afghans for the next decade and to put the more than 85,000 resettled Afghans on a fast track to naturalized American citizenship.