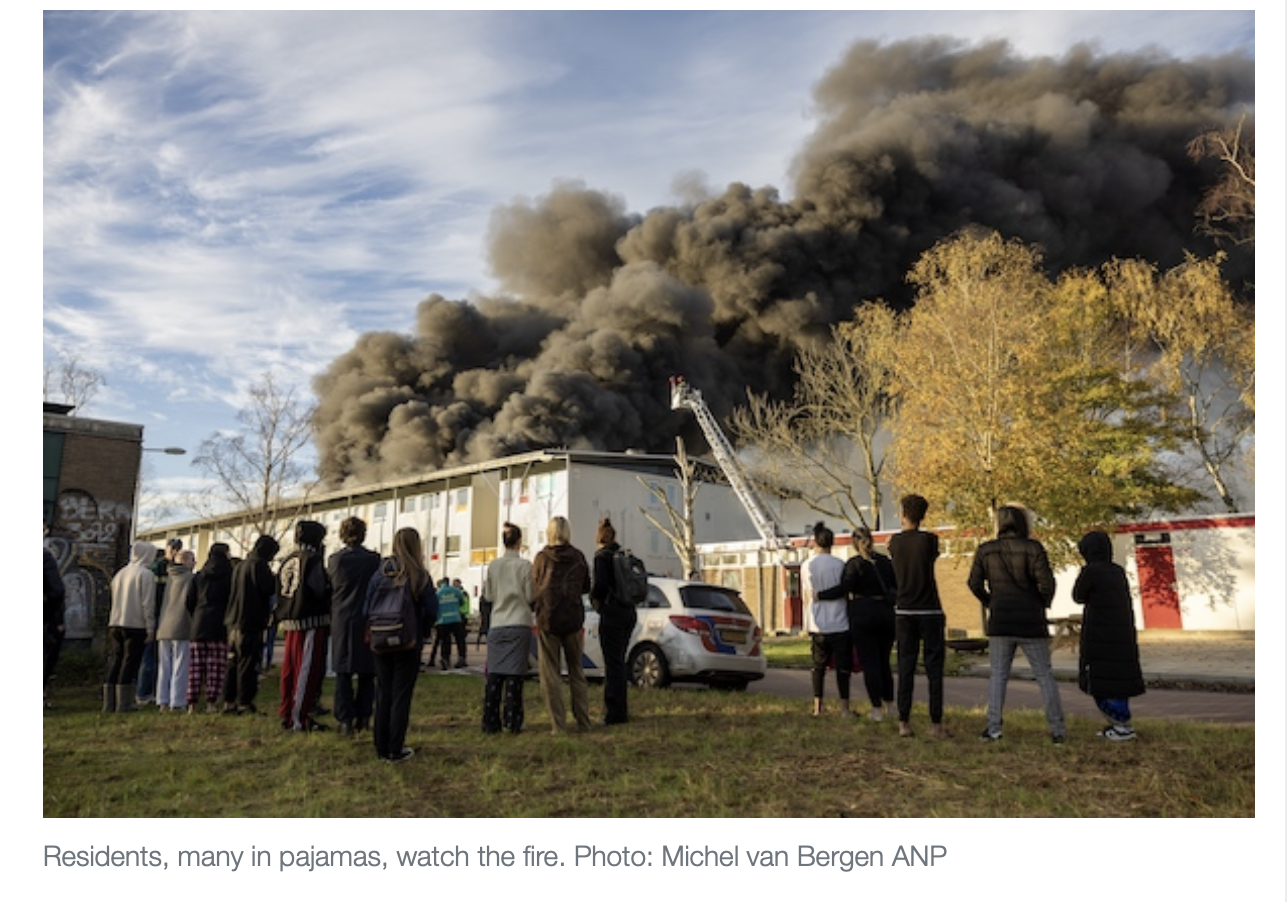 Europe Infowars A male Muslim suspect has been arrested following a massive blaze at a housing complex for ‘asylum seekers’ in the Netherlands this week, according to reports.

The incident unfolded at around 8:30 a.m. on Sunday morning in Amsterdam. Emergency services were alerted about a “very large fire” that had broken out at Startblok Riekerhaven, a facility where hundreds of shipping containers have been repurposed to house ‘young refugees.’ It took nearly six hours for firefighters to bring the arson fire under control.

Several inhabitants told local media they were familiar with the suspect, “with whom there had been problems for some time.”

The suspect was previously apprehended for destroying the belongings of a 32-year-old Syrian man living at the complex. “He was taken away by the police but then allowed to come back,” the Syrian man said.

At least 75 apartments were reportedly damaged by the fire and hundreds of residents were evacuated. There were no injuries reported, but several pets perished.

Migrant-wannabes wreaking havoc at asylum centers and holding facilities in their host countries is a common occurrence. (See links below)

Arab migrants set fire to the building housing them in Amsterdam

Authorities say at least 1 individuals# was arrested and more will follow.

Authorities say the entitled and dangerously violent migrants were demanding to be transferred to ‘better houses’. pic.twitter.com/FXCXX3JjZV

GREECE: Illegal alien Muslim invaders unhappy with their accommodations in the holding camps are setting fires to the facilities to force authorities meet their ‘demands’

Is there any ‘migrant’ holding center in Europe that hasn’t been set on fire by ungrateful illegal alien Muslim invaders posing as refugees?

NOT AGAIN? Muslim residents suspected to be behind the fire at a center housing illegal migrants in Bosnia

GREECE: After illegal alien Muslim invaders set fire to their own migrant camp at Moria in Lesbos, leaving more than 13,000 illegals homeless, they demand the EU help them and DO IT NOW

GREECE: illegal alien Muslim invaders burn down their ‘migrant’ camp on the island of Lesbos and we’re supposed to feel sorry for them?

ONCE AGAIN, Angry Muslim asylum seeker wannabes set fire to a migrant camp on the Greek Island of Lesbos

GREECE: How many more times do illegal alien Muslim invaders have to set fire to their holding camp on the island of Lesbos before Greek officials shut it down for good and start turning back the illegal human trafficker boats?

GREECE: Riots by illegal alien Muslim invaders are a common occurrence in detention camps…and the streets