Khan labeled Trump “a dangerous far right politician who has a history of inciting violence,” and proclaimed that “he must not be allowed to use social media,” before calling for more general regulation of “online speech.” 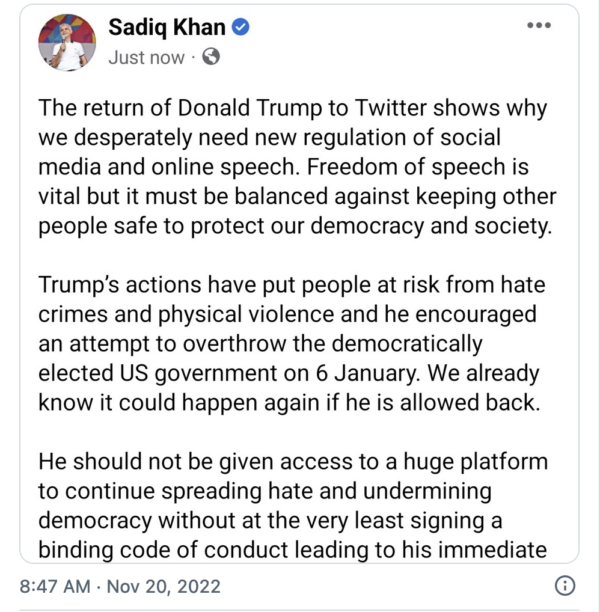 ZeroHedge This is the same guy who boxed up Winston Churchill’s statue outside the British parliament, and World War II Memorials when BLM extremists decided they were racist.

Khan then convened an uber woke panel of ‘cultural diversity experts’ to decide which statues and landmarks to target next, and replace with culturally ‘better’ ones.

The reactions to Khan’s latest declaration say it all: 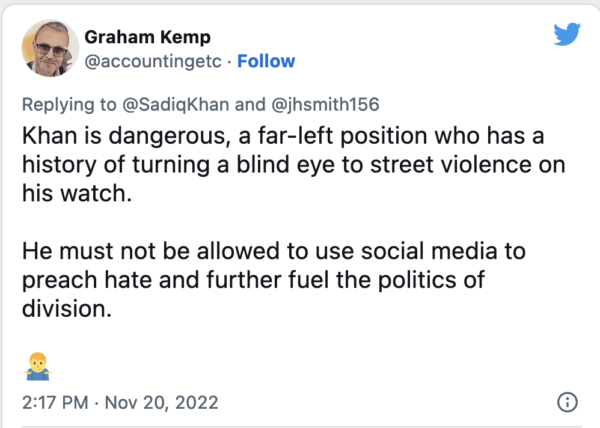 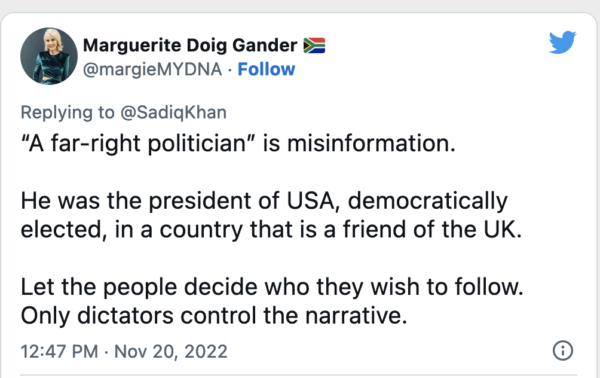 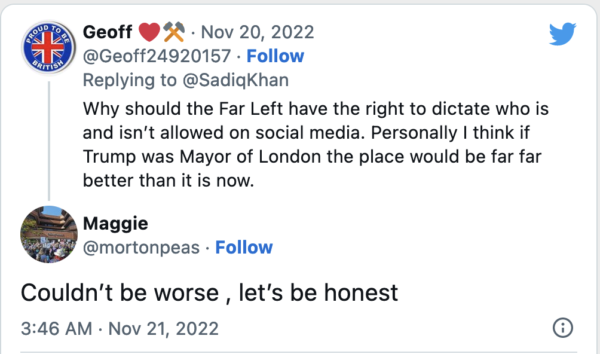 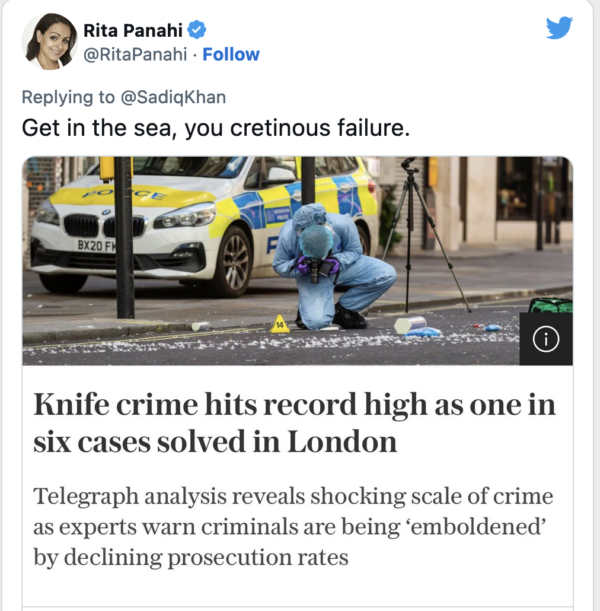 Well this happened in London Madia Vale. Not sure who in charge of London’s crime and violence. Oh, is that you? Just shut up about Trump and sweep your front door first https://t.co/ve3C9yImO2