America, Hungary, Austria, and Croatia have already announced their refusal to sign on to the UN Migration Pact which makes migration to any country a “human right.” Will Poland or Italy or Slovakia be next?

Voice of Europe  (h/t Maurice) Prime Minister Andrej Babis wants to pull out of the UN migration agreement and will be discussing it with his governing coalition partner. 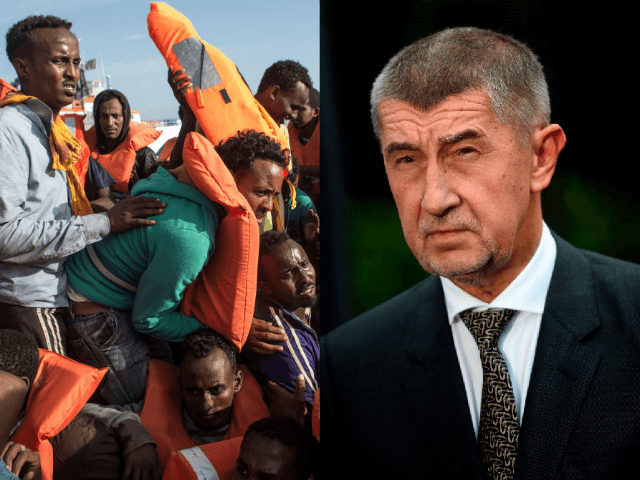 The Czech PM conveyed his dislike of the pact a day after Austria said it was following the United States and Hungary in backing out of the UN pact expressing concerns that it would but the line between legal and illegal migration. Andrej Babiš sees migration from Muslim countries as the main threat to Europe.

In a Q&A session in parliament Babis told lawmakers he disliked the agreement and said nobody but the Czech Republic would decide on migration into the country. When asked, “I do not like the pact,” according to a parliamentary transcript of the debate, when asked whether his government would sign the deal.

“There are issues that can be interpreted in various ways. I will be proposing to my partners in government that we act in the same way as Austria or Hungary.”

The Global Compact for Safe, Orderly and Regular Migration though initially approved by 193 UN member nations except US President Donald Trump’s administration which backed out last year.

The Atlantic  In January 2016, Andrej Babis announced his new conviction in an interview with a Czech newspaper:

“We are not duty-bound to accept anyone and we are not even now able to do so. Our primary responsibility is to make sure that our own citizens are safe. The Czech Republic has enough of its own problems, people living on the breadline, single mothers.

The West European politicians keep repeating that it is our duty to comply with what the immigrants want because of their human rights. But what about the human rights of the Germans or the Hungarians? Why should Europe accept that the wealth which has been created by many generations of their ancestors, be consumed by people without any relationship to that country and its culture? People who are a security risk and whose desire it is not to integrate but to destroy European culture?”

Babis won more than the Social Democrats and Civic Democrats combined. He won more than any party at all in the elections of 2013 and 2010. How did he do it? The short answer is that he did not do it. The respectable democratic leaders of the European Union did it for him, by failing to respond to mass Muslim migration from Africa and the Middle East.

So far, only Donald Trump and Hungary’s Viktor Orban are refusing to sign the UN’s so-called “Global Compact for Migration” claiming that migration is a “human right”

EXCELLENT! Austria joins the U.S. and Hungary in refusing to sign the United Nations open-borders “Global Compact for Migration”

First America, then Hungary, then Austria…NOW CROATIA will NOT sign the UN Global Compact on Migration which opens borders and makes migration a “human right”