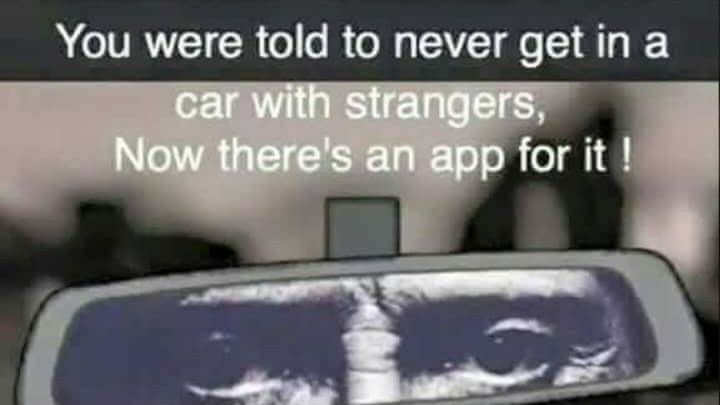 ABC7   (h/t TherezaB) Khaled Elsayedsa Ali, 35, was charged by the Los Angeles County District Attorney’s Office with five felonies: four counts of kidnapping and one count of fleeing a pursuing peace officer’s motor vehicle while driving recklessly, according to a news release.

The Garden Grove resident is accused of picking up a man who requested a ride, but driving in the opposite direction and refusing to let him leave until the man jumped out of the car.

“The defendant then allegedly picked up a woman requesting a ride and also drove away from her destination until she also jumped out of the vehicle,” the D.A.’s statement said. “Ali is charged with then picking up two passengers and refusing to let them leave as he led police on a pursuit through Santa Monica. Both victims reportedly jumped out of the vehicle” before police apprehended the suspect.

Bail for Ali was set at $475,000. His arraignment, originally scheduled for Friday, was postponed to Monday. He faces a possible maximum sentence of more than 23 years in state prison if convicted.

Delaware: Muslim Uber driver burglarized homes when customers were away

Michigan: Another Sexual Assault by Another Muslim Uber Driver