#ThereIsNoRoom – #IrelandForTheIrish – #IrishLivesMatter – are some of the signs carried by anti-Muslim immigration protesters marching in Dublin. Organizers say that this rally shatters the taboo about questioning Ireland’s welcome for unvetted Muslim asylum seekers and migrant-wannabes. 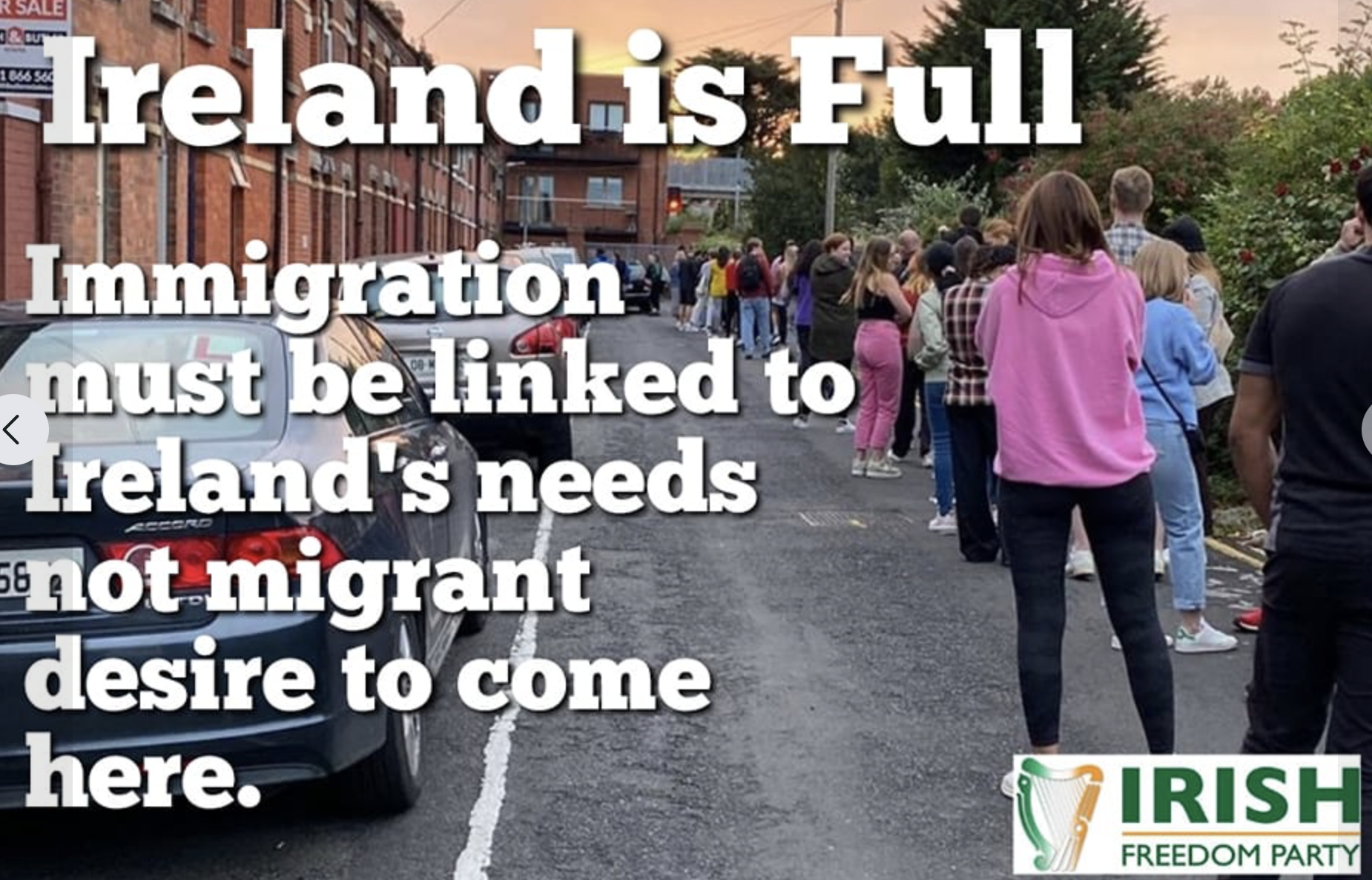 The Guardian Ireland has long prided itself on greeting visitors with warmth, styling itself the land of “a hundred thousand welcomes”, but now there is a new slogan: #IrelandIsFull. It appears on placards and on social media and is chanted at rallies alongside other exhortations such as #IrelandForTheIrish and #IrishLivesMatter.

Ireland is facing a dual crisis. Many Irish people cannot afford to rent or buy homes, leading to overcrowding, homelessness and anger. Simultaneously, the system to accommodate asylum seekers and refugees is near collapse.

They are the cry of an anti-Muslim immigrant backlash that has spread across Dublin and other towns in recent weeks, earning praise from conservative allies abroad.

Pickets and blockades of roads are often held outside refugee centres in working-class neighbourhoods but on Saturday activists marched in the heart of the capital.

“It’s not about racism. There is no room for them,” said Gavin Pepper, 37, as he and about 350 others denounced the increasing number of Muslim asylum seekers. “Why should migrants skip Irish people on the housing list? I won’t accept it.” 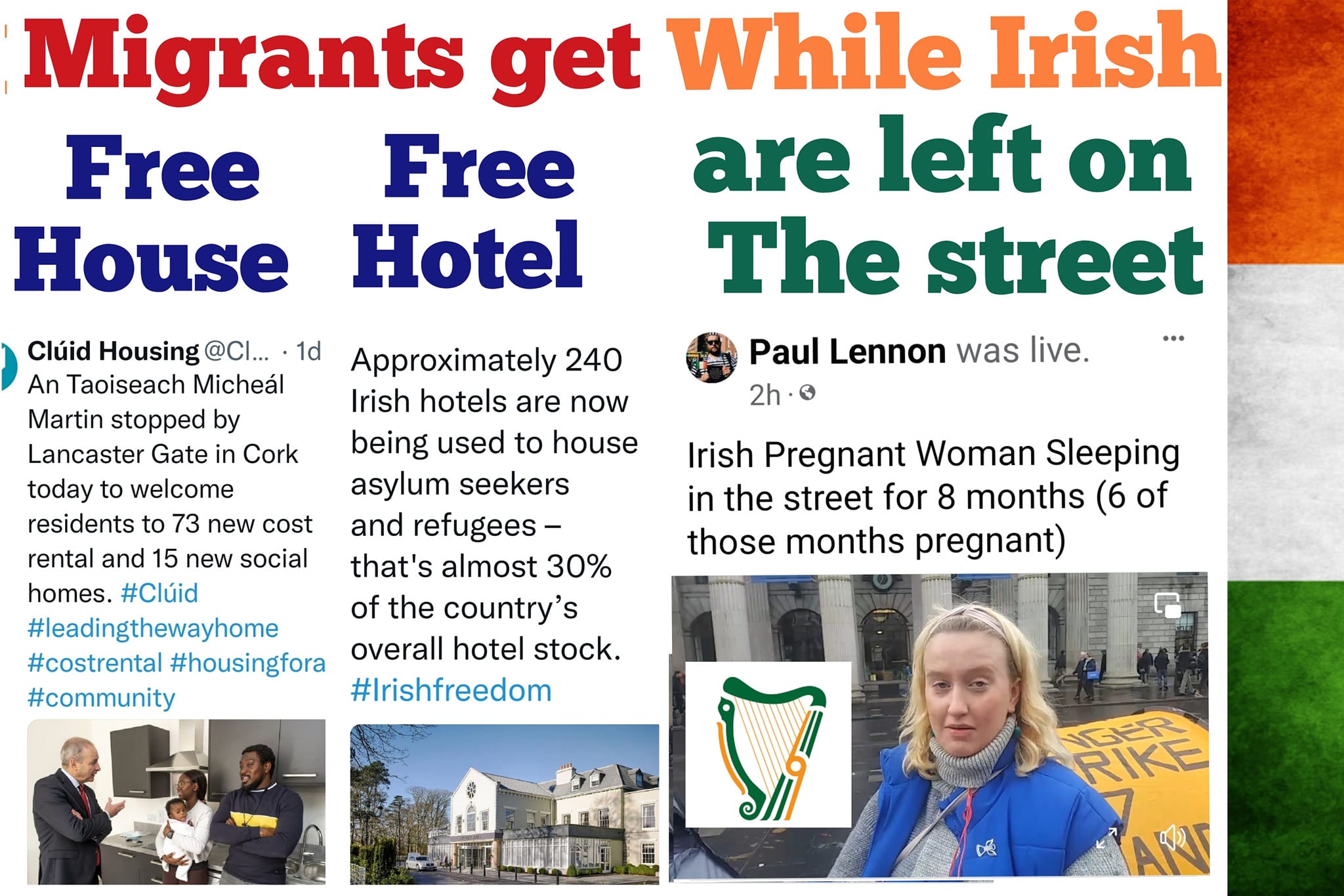 Protesters also say centers with “unvetted” young male Muslim refugees make them feel unsafe. “I have five girls and two boys and the girls are afraid to go out at night,” said one man, who declined to give his name.

Malachy Steenson, an organizer, told the crowd such protests had shattered a taboo about questioning the welcome for migrants and refugees. “We have moved the political ground in this country. This was the great unspoken.” Marching through the city centre galvanized participants who previously had protested only in Drimnagh, East Wall, Ballymun and other deprived areas that host refugee centres. 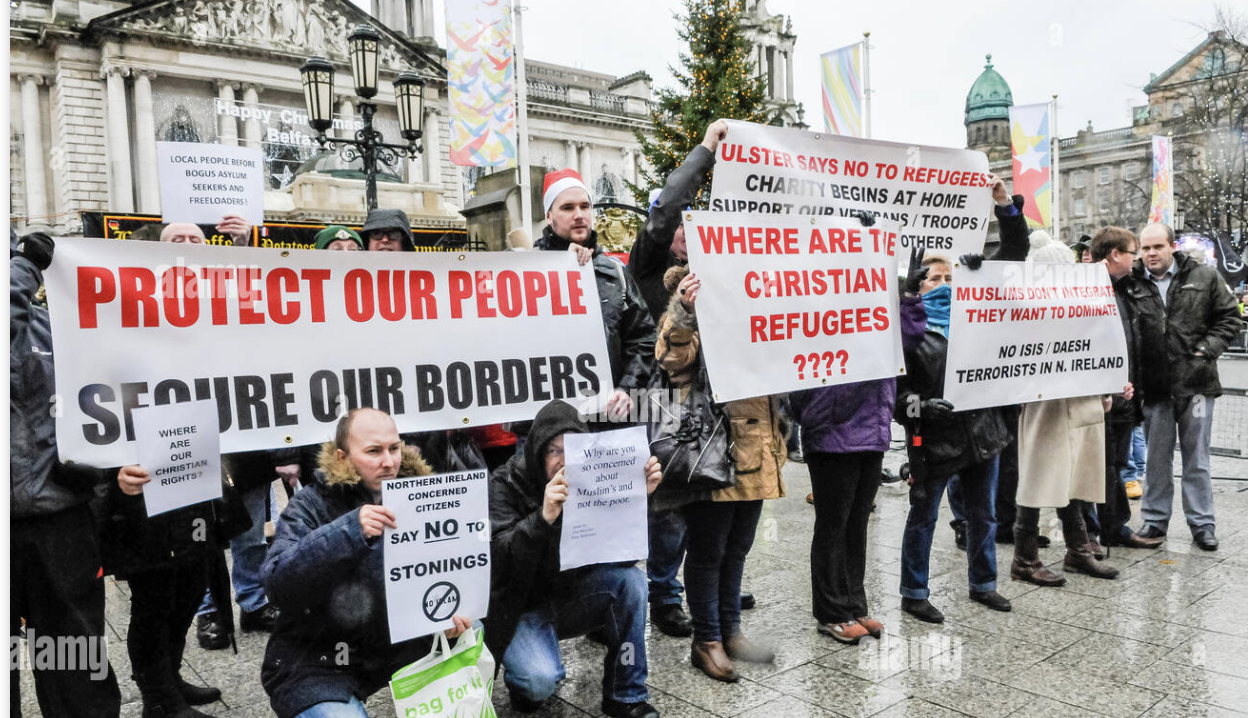 The crowd was just as vehement in criticising Sinn Féin, an opposition party with working-class roots, for welcoming refugees. A poster called its leader, Mary Lou McDonald, a “traitor”.

Across the street, with police standing in the middle, a counter-protest with about 300 people held up placards saying “diversity not division” and “yes to solidarity”. The rival groups exchanged taunts. Owen McCormack, 57, a counter-protest organiser, said far-right activists were harnessing legitimate grievances for xenophobia. “It’s not a solution to turn on refugees.” 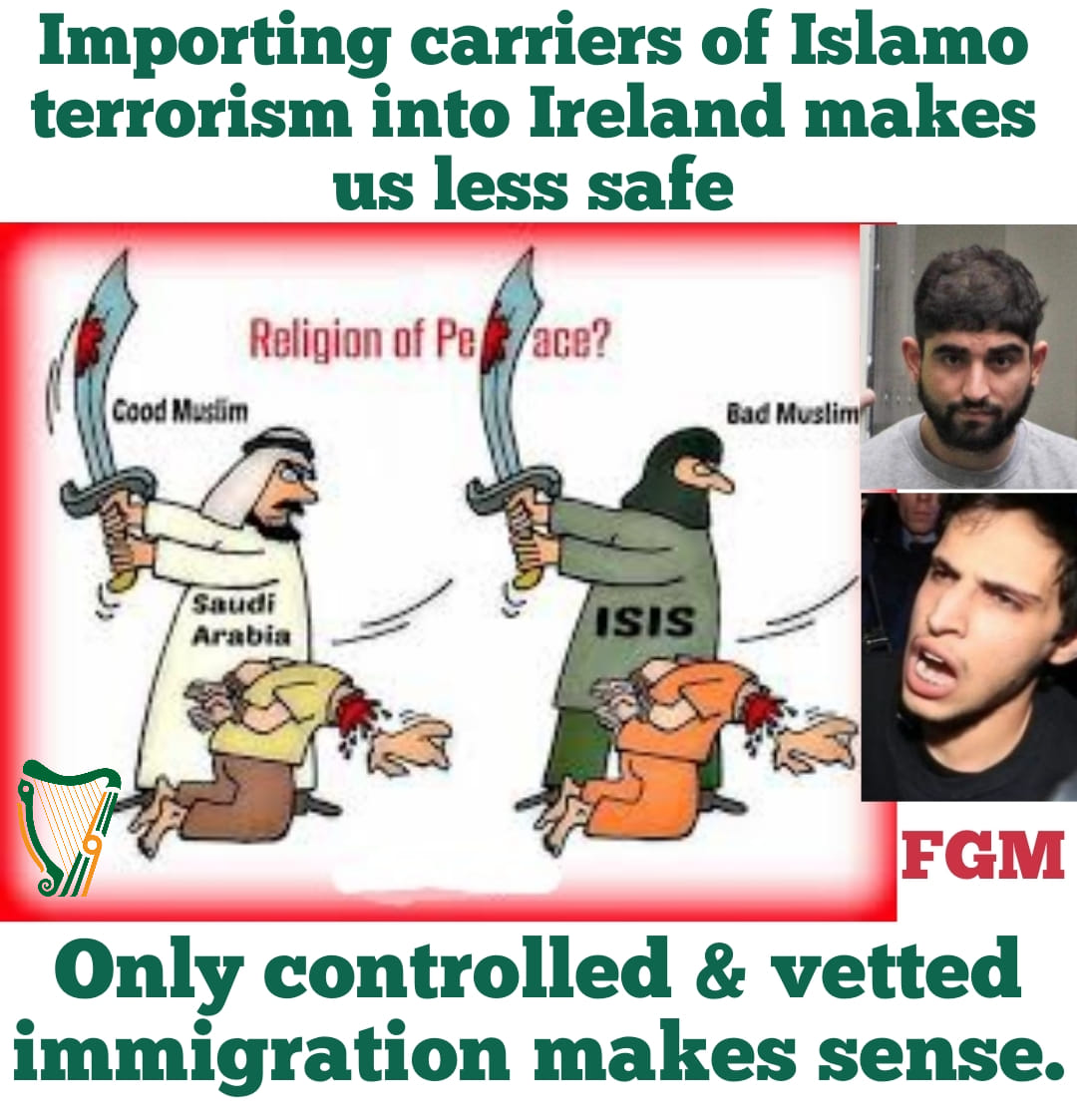 Fiona Smith, 50, expressed dismay at the anti-immigrant rally. “It’s shocking that there’s so many of them. It’s full of hate. Complete ignorance.” Valerie Hughes, who works with Syrian refugees, worried the backlash would add to their trauma.

Hostility to refugee centres in Ireland has surged before, notably in 2019 when there were arson attacks. This time, with the economy slowing and the housing crunch expected to worsen, both sides expect tensions to escalate.

Speakers at the anti-immigrant rally warned of “MUSLIM criminals and rapists” being dumped in working-class areas. Michael Leahy, chairman of the Irish Freedom party, a group with ties to British Brexiters, drew cheers when he claimed Irish people were being “replaced” by low-skilled foreigners. “Your government hates you,” he said.

IRELAND: People are afraid to walk the streets of Killarney due to flood of illegal alien Muslim freeloaders

IRELAND: Independent Councillor from Belfast could face 5-year ban from standing in future elections solely because of her ongoing criticism of Islam and mass Muslim immigration

Now that six EU nations have rejected EU-mandated quotas for Muslim invaders, Ireland will take up the slack

Oh, IRELAND! You are soon going to hate the color green…Islamic green