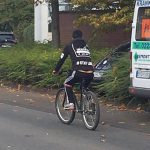 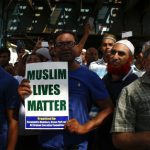 Hate Crime In U.S. Survey Up 6%; But Anti-Muslim Rise 89%, NYC Up 24% So Far In 2016. Anti-Muslim Hate Crimes Soar to Post-2001 Record, But Jews Targeted More (Yet you don’t Jews see whining about it every time you pick up a newspaper, watch cable TV news, or check Twitter and Facebook as you do […] 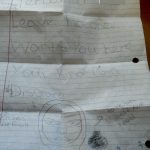 CAIR says there’s more to this story than meets the eye…and they will waste the time of law enforcement demanding a bias crime investigation of this non-incident when there are real crimes that need police attention. Can you believe CAIR gets CBS News to report on this crap? CBS  Baltimore County police said their investigation revealed […]

Maybe the FBI should tell CAIR: “A little paint remover and you’ll be as good as new, you whiny-assed neanderthals with perpetual butt-hurt.” 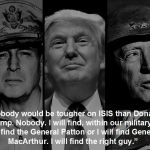 A Muslim Brotherhood front group CAIR (Council on American Islamic Relations) in Alabama has condemned local police chief Barry Pendergraft for posting what they call “anti-Muslim bigotry” on his Facebook page. Yet there is not a word about Muslims or Islam in his Facebook posts. #CAIR-AL: Alabama Police Chief Under Fire for Facebook Posts Allegedly Demonstrating 'Anti-Muslim Bigotry' The… https://t.co/bWFOyJq283 […]

Why else would the attractive hispanic daughter of two Evangelical Christian pastors in America choose to convert to Islam? 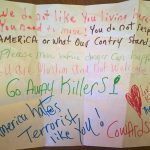 And right on schedule, designated terrorist group CAIR calls on law enforcement to investigate alleged threats made against a newly-arrived Syrian refugee family in Tucson as a possible hate crime. However, the wording on the “hate” notes sounds suspiciously as if they were written by a Muslim. 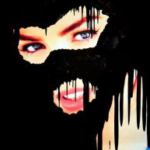 Sadiq Khan, the new Muslim Mayor of London, has declared that pictures of scantily-clad female models will be banned from ads on public transportation, ushering in some of the most fundamentalist Islamic censorship policies in the Western world.  Breitbart  (h/t Brenda K) Mayor Sadiq Khan (above) argued for the move by appropriating the language of […]

Apparently, there were many Christians among the Arab/African Muslim migrants at the Moria refugee camp on the Greek island of Lesbos where the Pope and Ecumenical Patriarch Bartholomew, leader of the world’s Orthodox Christians visited. But this Pope decided that only Muslims were worthy of rescuing. ORIGINAL POST: dhimmi-pope-francis-brings-12-syrian-muslim-invaders-into-the-vatican

No way to know how many of them are would-be Pope-assassins or Islamic terrorists. The Pope said, “We must never forget, however, that migrants, rather than simply being a statistic, are first of all persons who have faces, names and individual stories.” Guess he couldn’t find 12 Christian refugees who are being slaughtered in Syria everyday […] 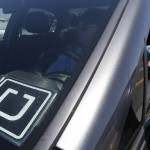 Omar Mahmoud Mousa, 52, of Anaheim, faces felony charges of forcible rape, oral copulation and sexual penetration by a foreign object, Orange County District Attorney’s officials said. Mousa was arrested on March 7 at Los Angeles International Airport and is being held on $100,000 bail. He made his first court appearance yesterday, and prosecutors say he […] 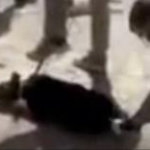 The dogs and puppies scream in excruciating pain as their internal organs and tissues are chemically burned with the acid by Muslim authorities. OSNews The following is a video that shows the way Iranian authorities are getting rid of stray dogs.  Instead of using a lethal method that will at least be humane, they choose the least expensive […] 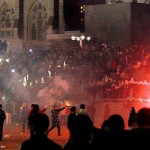 A leaked secret report by a senior Cologne police official has revealed that the Muslim invader violence over New Year’s Eve was far more serious than even initially reported—and that it definitely involved “Muslim refugees” who boasted that they had been “invited by Mrs. Merkel” to come to Germany. New Observer  The report, published in full […] 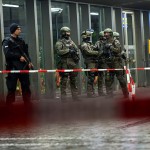 Just five arrests have been made by German police after central Cologne was transformed into a war-zone on New Year’s Eve, as an estimated 1,000+ Muslim migrants celebrated by launching fireworks into crowds and sexually assaulting German women caught up in the chaos. Breitbart  The sordid details of the horrifying sexual assaults and attacks made […] 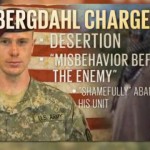 As reported by Fox News, “An Army officer is recommending that Sgt. Bowe Bergdahl face a lower-level court martial and be spared the possibility of jail time for leaving his post in Afghanistan.” Bergdahl was captured [Bergdahl was NEVER captured, he was apprehended after he voluntarily walked away from his base camp and even asked directions from locals along the […]