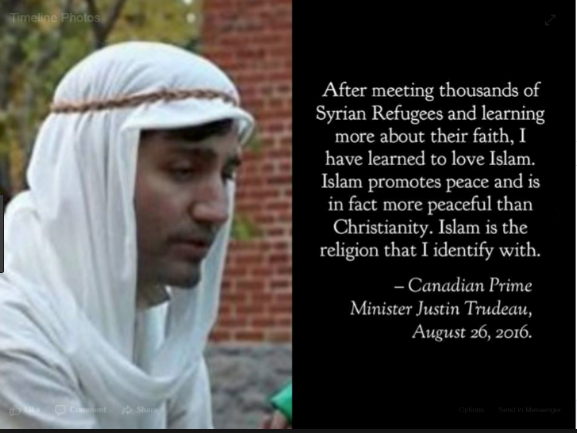 Muslims in Canada pressure Trudeau to declare January 29th as a “National Day of Remembrance and Action on Islamophobia.” YES! “Islamophobia” (Will Canadian women be asked to wear Islamic supremacist bags on their heads in solidarity?)

Cap for Canada Prime Minister  Justin Trudeau, is being asked by the National Council of Canadian Muslims to designate January 29 as a “National Day of Remembrance and Action on Islamophobia.” If he does, it will validate the success political Islam is having in terms of the ability to manipulate the Prime Minister’s Office. An ominous sign indeed.

In Canada, “Islamophobia” comes in only fourth behind crimes against Blacks, Gays and Jews. According to the last Statistics Canada, crimes against Muslims have dropped, even as the overall number of hate crimes increased. 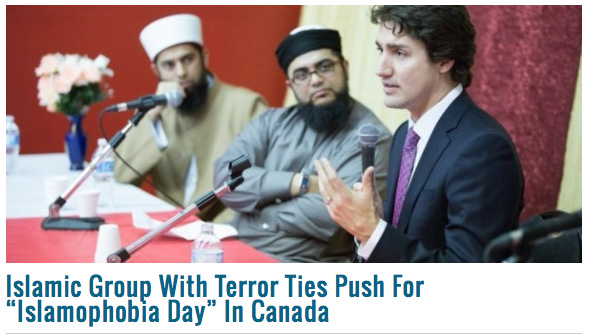 As reported by Global News, “A Toronto-area organization that was suspended by charities regulators and fined $550,000 over concerns it may have funded armed militants in Pakistan has been awarded a federal summer jobs grant.

Although the Islamic Society of North America-Canada is serving a one-year suspension imposed by the Canada Revenue Agency, it was approved for 2019 Canada Summer Jobs funding.”

Zakaria Amara is a convicted terrorist, serving a life sentence for his role in a plot to murder scores of Canadians. And now, thanks to a Trudeau government bill passed through the Senate,Amara will be given the privilege of Canadian citizenship. 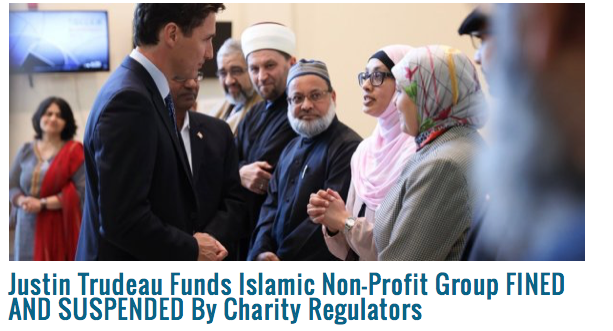 Trudeau not only hands out multimillion dollar awards to released Gitmo terrorists, he also grants citizenship to an Islamic terrorist who has been convicted of mass murder plot. 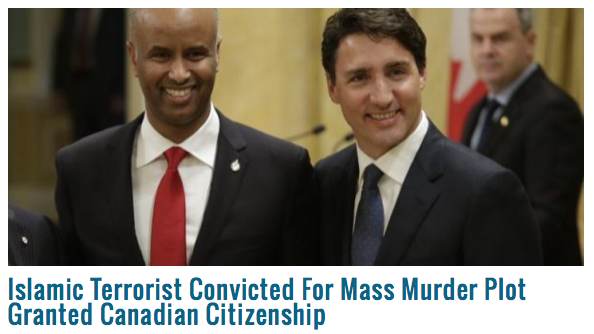 Iranian Arts and Cultural Society of Ottawa is a not-for-profit, non-religious, and non-political organization which aims to improve the understanding of Iranian culture and to encourage tolerance and dialogue within the Iranian–Canadian communities by providing arts, cultural, and educational events. 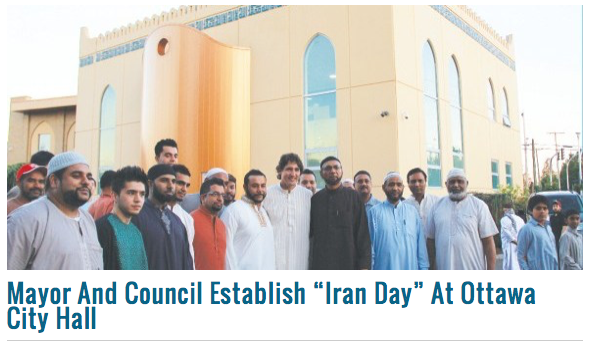 Kalair said in a written statement after the judgment, “This in my view, is a victory not only for myself but for the Islamic finance industry, that actions we take due to our religion are accepted in certain courts …” 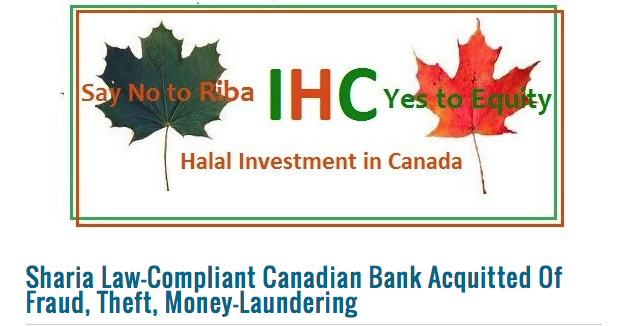 While homeless Canadians/Veterans get squat, Trudeau will send $9 billion to assist Sub-Saharan Africans.

These findings neatly fit in with Islamic ideology–go forth and entrench Islam within western infidel nations. Here in Canada, rather than working to retain Canadian identity and heritage, our current government JOIN IN on an agenda to establish Islam as the most powerful religious force in Canada. 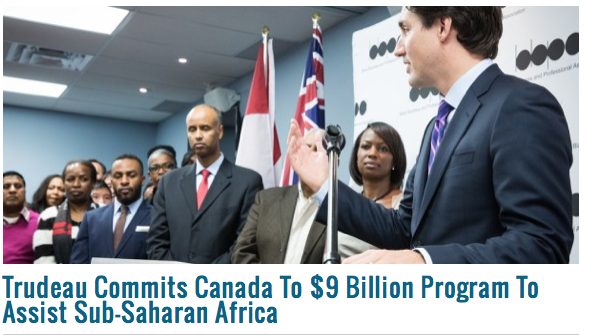 Each year the Islamicity Foundation, a U.S.-based non-profit organization, publishes an index of which countries comply most with Islamic teaching. Each year countries such as Sweden, Norway and New Zealand top the Islamicity Index, but many Muslim countries do not do so well.

As it happens, Canada is number 8 on the list. Congrats, Canada– you are the apple of geo-political Islam’s eye. And who is most responsible for the “Great White North” busting into the top ten? No other than the prime minister of Canada. Next to him, his snarling refugee pit-bull, Ahmed Hussen. Others responsible are MP’s Iqra Khalid, Maryam Monsef and Omar Alghabra.  Khalid is a dual Pakistani-Canadian citizen. Alghabra is a dual Saudi Arabian citizen. Monsef is of UNKNOWN ORIGIN.

In Canada, rather than working to retain Canadian identity and heritage, our current government JOIN IN on an agenda to establish Islam as the mostpowerful religious force in Canada. 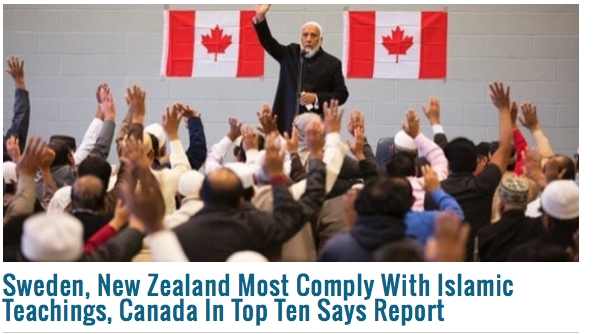