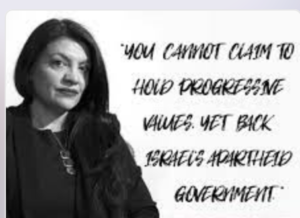 Nine different law student groups at the University of California at Berkeley’s School of Law have begun this new academic year by amending bylaws to ensure that they will never invite any speakers who support Israel or Zionism. In America, more and more college campuses, heavily influenced by Muslim students, are trying to become “Israel-free zones,” free of the taint of what virulent anti-Semites like Congressmuslim Rashida Tlaib (D-MI), slander as an “apartheid state.” 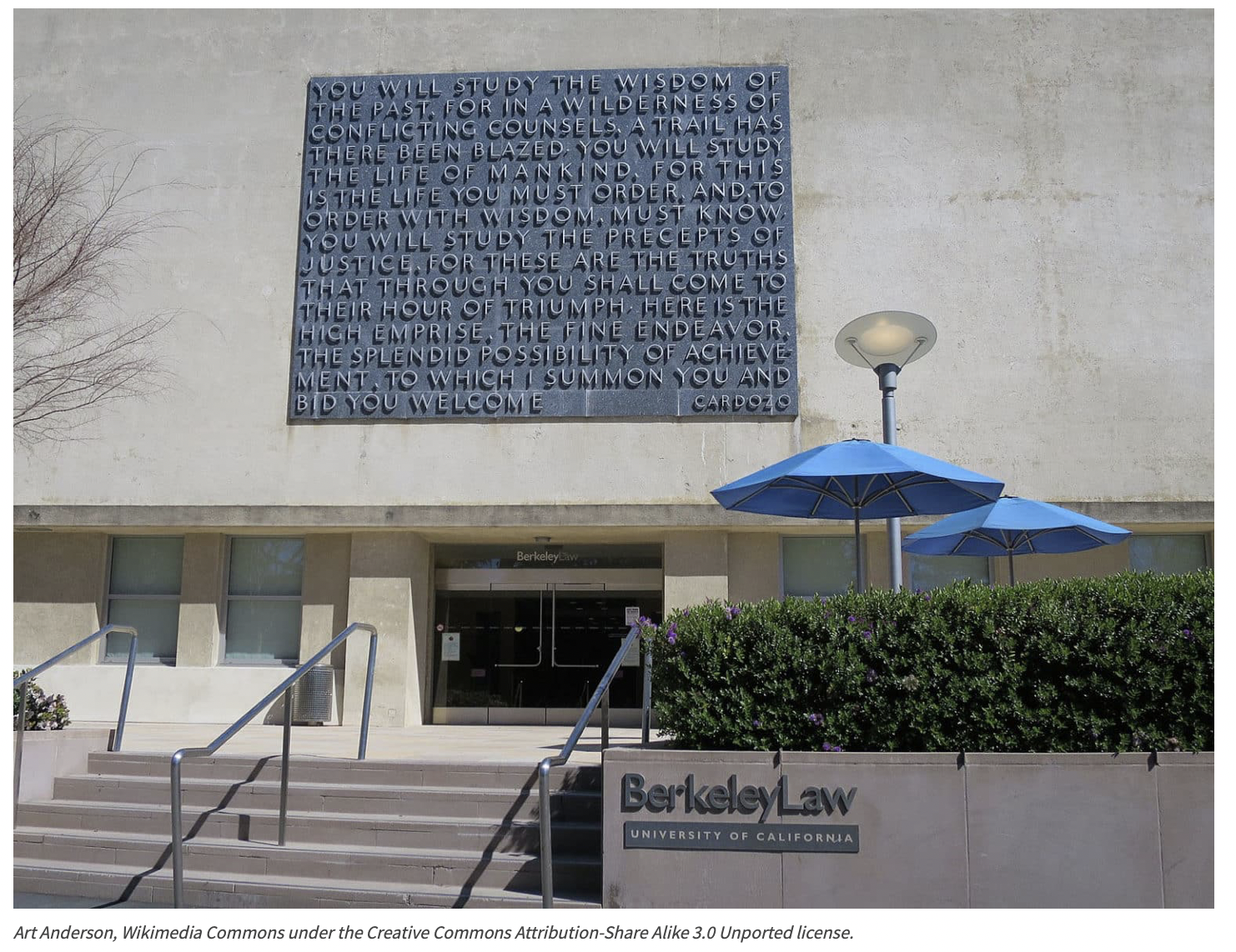 Jewish Journal – Kenneth L. Marcus (h/t Mary C)  If it wasn’t so frightening, one might be able to recognize the irony in the sight of campus progressives trying so hard to signal progressive virtue that they fall victim to a deeper moral shame.

Nine different law student groups at the University of California at Berkeley’s School of Law, my own alma mater, have begun this new academic year by amending bylaws to ensure that they will never invite any speakers that support Israel or Zionism. 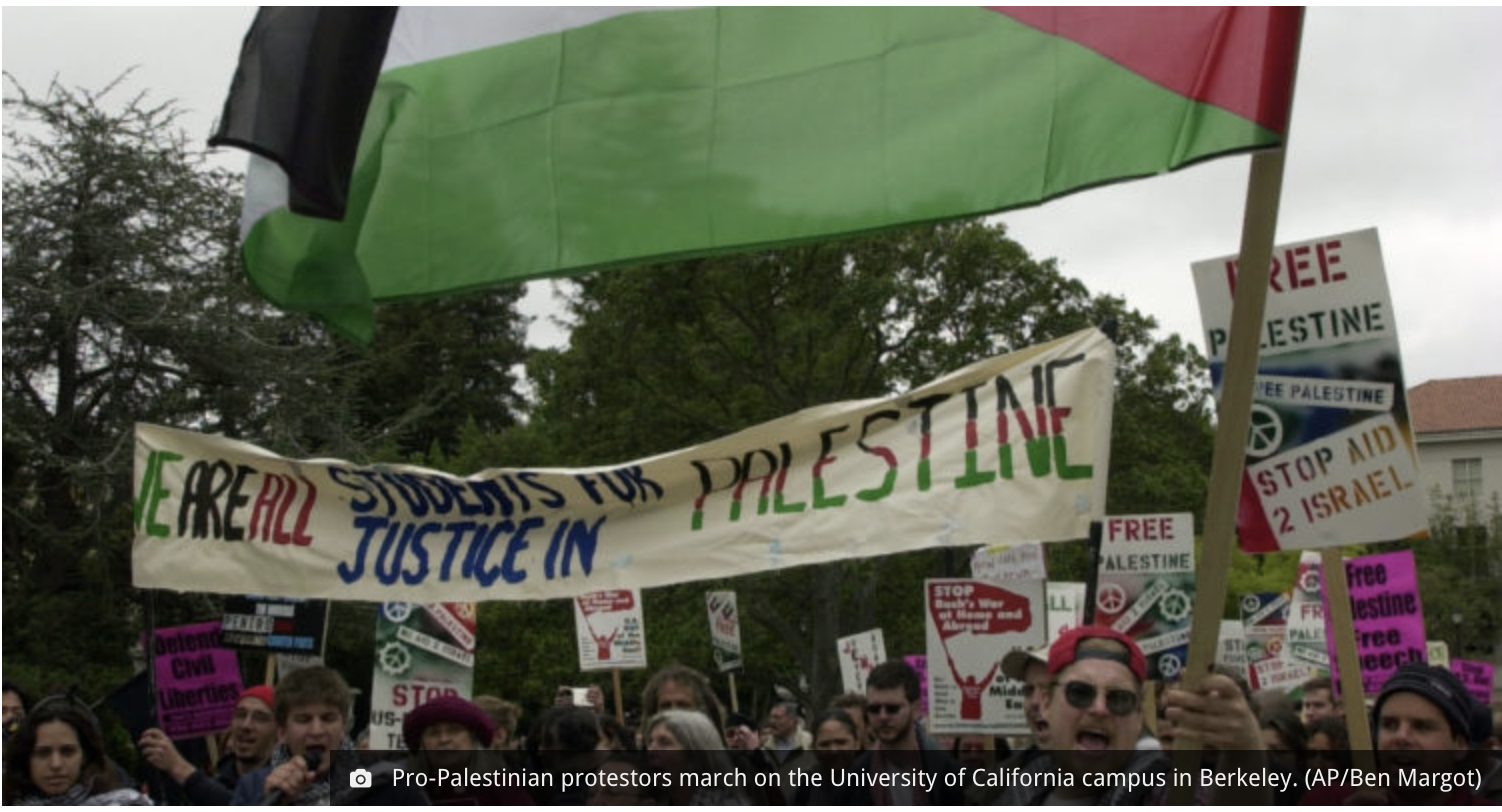 It is now a century since Jewish-free zones first spread to the San Francisco Bay Area (“No Dogs. No Jews”). Nevertheless, this move seems frightening and unexpected, like a bang on the door in the night.

CBN  It’s part of a movement called BDS — Boycott, Divestment and Sanction — but only against one nation: Israel.

The BDS movement is taking over college campuses in Europe and America. Ronnie Fraser, a college lecturer and founding director of the Academic Friends of Israel, warns that the next generation of leaders is being brainwashed that Israel is the worst nation on earth.

The BDS anti-Israel boycott movement says it’s not anti-Semitic, but they don’t boycott any real tyrannical or totalitarian nations. Students on American college campuses are being fed a diet of ‘Israel is a racist state. Israel is a Zionist state. Israel equals the Nazis.’

In Germany, Nazi persecution of the Jews began with a boycott in April 1933. While some who are boycotting Israel now may truly believe they’re trying to help Palestinians, but the goal of the Israel boycott is the same as Nazi Germany’s – to eliminate all Jews.

Even the EU equates anti-Zionism with anti-Semitism. The EU says anti-Semitism includes, “Denying the Jewish people their right to self-determination, e.g., by claiming that the existence of a State of Israel is a racist endeavor,” and by “applying double standards [to Israel].” 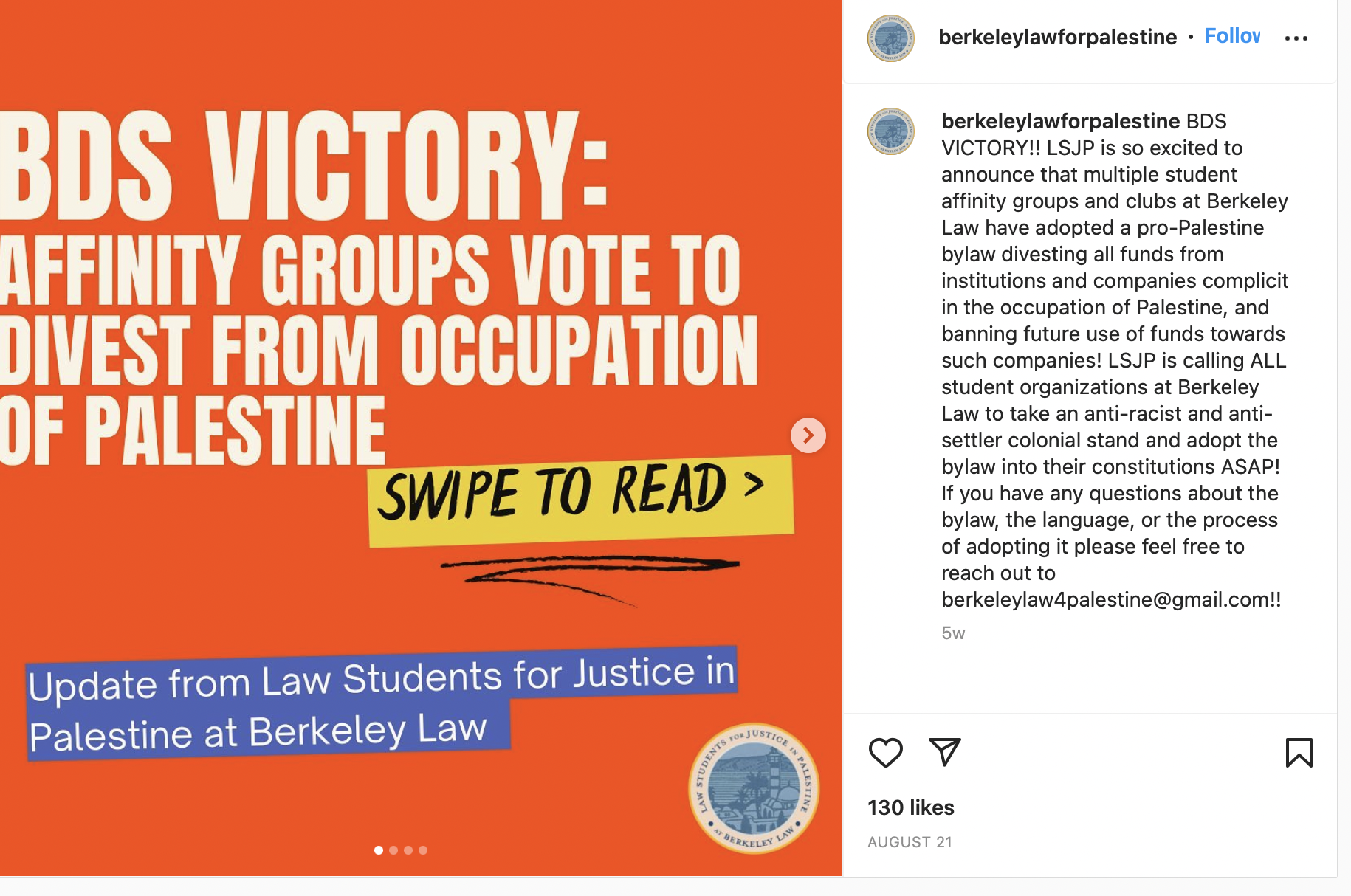 Berkeley law students are not the first to exclude Pro-Israel Jews:

Anti-Zionism is flatly antisemitic. Using “Zionist” as a euphemism for Jew is nothing more than a confidence trick. Like other forms of Judeophobia, it is an ideology of hate, treating Israel as the “collective Jew” and smearing the Jewish state with defamations similar to those used for centuries to vilify individual Jews.

This ideology establishes a conspiratorial worldview, sometimes including replacement theory, which has occasionally erupted in violence, including mass-shooting, in recent months. Moreover, Zionism is an integral aspect of the identity of many Jews. Its derogation is analogous, in this way, to other forms of hate and bigotry.

Some commentators defend these exclusions on speech grounds, arguing that “groups also have a right to be selective, to set their own rules for membership.” They are wrong about this. As Dean Chemerinsky explains, the free speech arguments run in the other direction: Berkeley’s anti-Zionist bylaws limit the free speech of Zionist students. 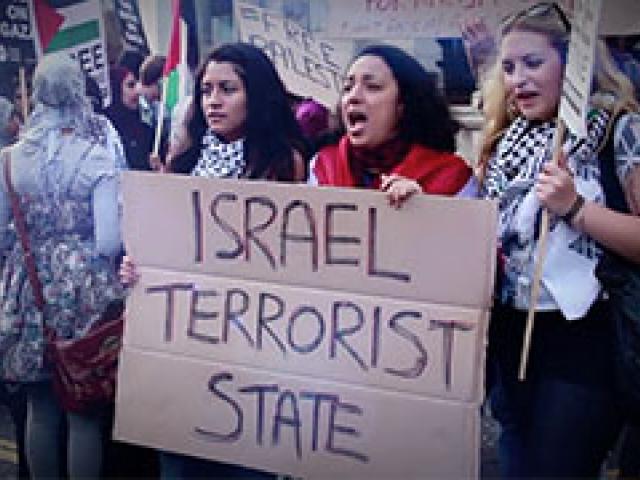 Discriminatory conduct, including anti-Zionist exclusions, is not protected as free speech. While hate speech is often constitutionally protected, such conduct may violate a host of civil rights laws, such as Title VI of the Civil Rights Act of 1964. It is not always the case that student groups have the right to exclude members in ways that reflect hate and bigotry. In Christian Legal Society v. Martinez, the U.S. Supreme Court upheld the right of another Bay Area University of California law school, Hastings College of the Law, to require student groups to accept all students regardless of status or beliefs. Specifically, the Court blessed Hastings’ decision to require Christian groups to accept gay members.

Putting legal precedents aside, major universities generally require student groups to accept “all comers,” regardless of “status of beliefs.” They also adopt rules, aligned with federal and state law, prohibiting discrimination on the basis of various classifications such as race, ethnicity, heritage or religion. Those who adopt such rules may not exclude Jews from these protections.

The real issue here is discrimination, not speech. By adopting anti-Jewish bylaw provisions, these groups are restricting their successors from cooperating with pro-Israel speakers and groups. In this way, the exclusionary bylaws operate like racially restrictive covenants, precluding minority participation into perpetuity.

Universities should not have to be legally compelled to do what is obviously right. Anti-Zionist policies would still be monstrously immoral, even if they were not also unlawful. The students should be ashamed of themselves. As should grownups who stand quietly by or mutter meekly about free speech as university spaces go as the Nazis’ infamous call, judenfrei. Jewish-free. 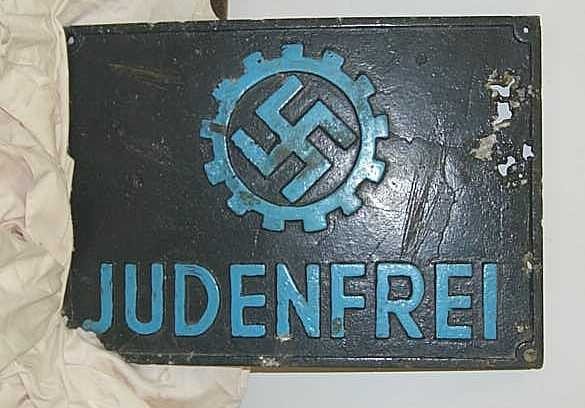 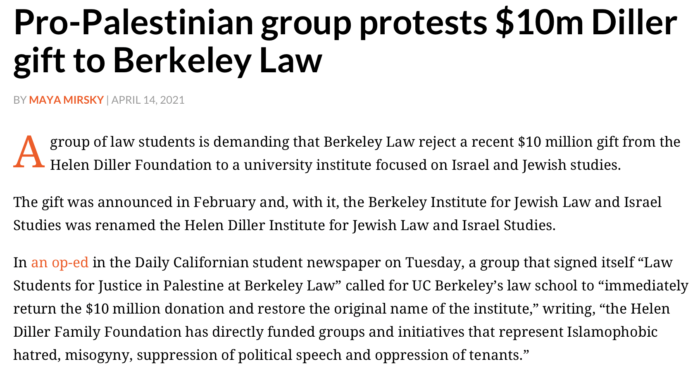 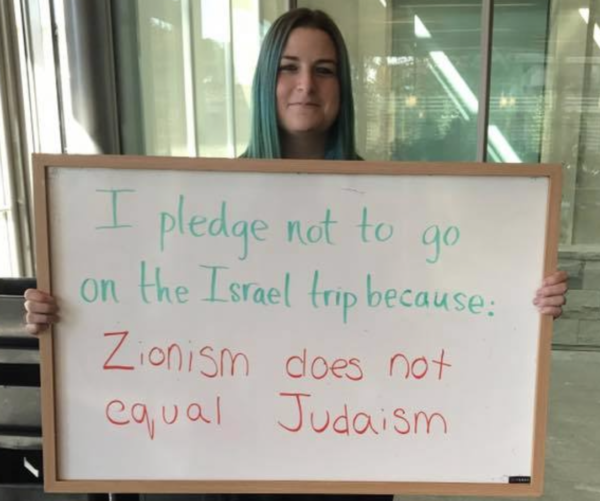 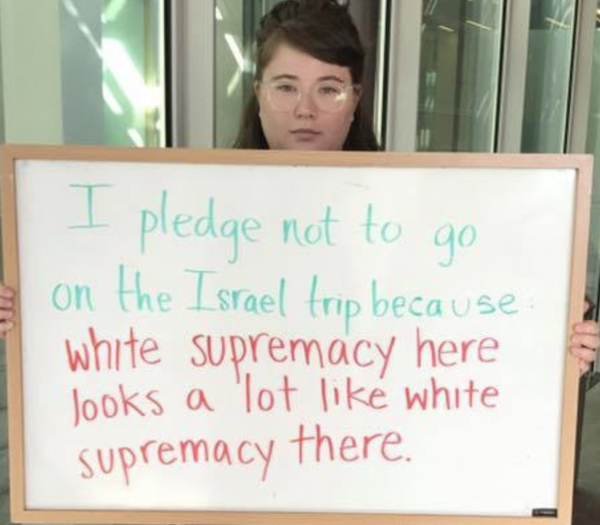 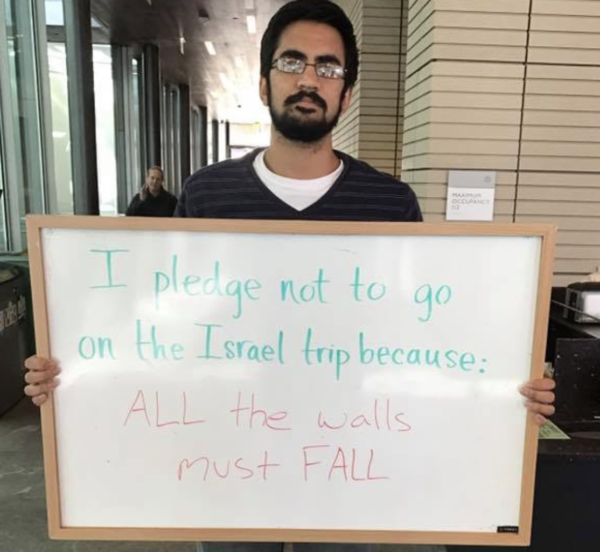 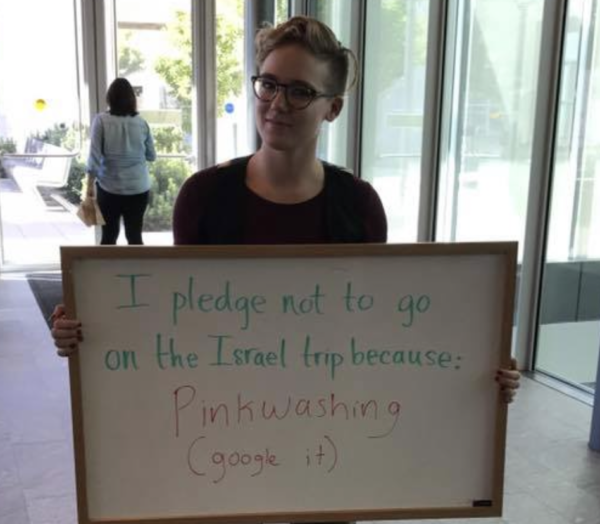